Night Photography Essentials: Part One – When Is The Right Time To Shoot? 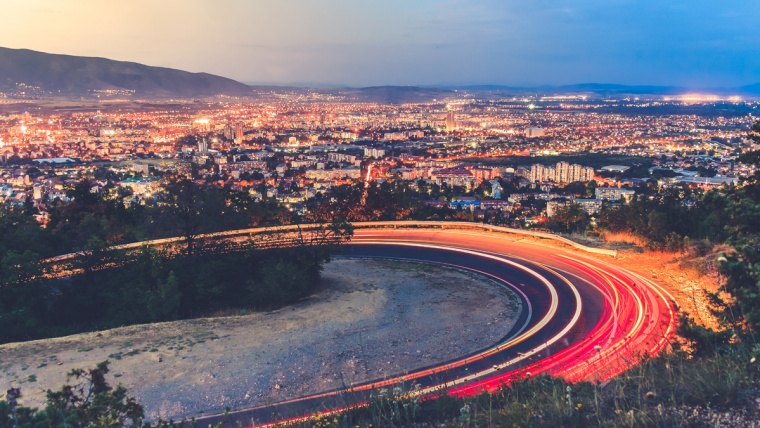 Night Photography Essentials: Part One – When Is The Right Time To Shoot? www.sleeklens.com

Night photography is fun – it can produce magnificent results, but it requires skills and trickery. Photography as an artistic form is mainly limited by light. The light that is captured onto the sensor of the camera produces the picture, and of course, the more light there is, the easier the job for the camera. At night, that poses a big problem since light is scarce, so the sensor struggles with obtaining enough light to generate enough signal so it can make a good image. A good image in the technical, not artistic sense of the word.

There are three ways we can solve the light problem: by increasing the duration of the exposure, increasing the width of the aperture, or the “fake” way of increasing the sensitivity of the sensor. I called that “fake” because it doesn’t allow for more light onto the sensor, instead, it just boosts the signal, thus introducing noise as well.

In order to be able to make great photographs at night you need to be quite handy with your DSLR, you need to know the phases of the day, and you’ll probably need some accessories.

Phases Of The Night

After the sun sets, there are several night phases. The phases are seen from both a scientific and a photographer’s point of view, and the difference between both is generally in the naming. From a scientific standpoint, the phases of the night go like this: sunset, civil twilight, nautical twilight, astronomical twilight, night, astronomical twilight, nautical twilight, civil twilight, sunrise. Each of the twilight lasts for about half an hour in most countries. As long as the day is in the “twilight” phases, there is some remnant of the sun in the atmosphere. You can see that in the orange cast on longer exposure shots (even though sometimes the human eye won’t pick it up).

So what does all this information mean to you? Knowing this, and practicing it, leads to better photography. For example, during sunset, civil and nautical (if you have IS) you can basically shoot handheld, however handheld falls out of the equation in astronomical twilight and in the night.

The aesthetics of the pictures as well are dependant on the night phases. If you are going to shoot stars, Astro (or pitch black night) is the time of day for you, otherwise, stick to the Blue and Golden Hours. Golden hours are good for both portraiture and landscape, while Blue Hours are more convenient for landscape, especially cityscape shots.

When Is The Best Time To Shoot At Night Actually?

There is no “best” time to shoot. It all depends on what you want to shoot. For example, if I were to shoot light trails made by cars on a busy street, I’d probably pick Blue Hour to do so. If I were to do it during Golden Hour, the light from the sun would be significantly brighter than the light from the cars, and I wouldn’t be able to do longer exposures. Astro wouldn’t work as well since the sky will either be pitch black, or it would receive faint color from the street lights. Therefore, blue hour is the right time to do so.

If I were to shoot some stars, I would get away from any artificial light source, usually some mountains away from the city, and I would shoot during the Astro part of the day (it is called astro for a reason). But I would have to make sure that the Moon is away as well, since the light from the Moon would obscure the stars.

Say I want to shoot a portrait on moonlight (of course, with slight artificial light) – I’d do it on blue hour, with a full moon. The blue hour will give enough color so the background isn’t boring, but the flash would also serve me well enough.

Golden Hour is great for sunsets, sunrises, portraiture at sunset and sunrise, since the light is angled and diffused, it is basically an equation for success. That is why most of the photographers shoot mainly at that time of day.

The moral of the story is to basically go out, test each phase of the night, and then you’ll know which phase is right for your next project. These examples will serve the purpose of rough guides.

Learning the phases of the day, or should I say night, is imperative in order to get started in night photography. Knowing how much, and what type of light you’ll have at a given time of night is crucial for a good shot. Being 15 minutes late can literally make you miss the light you needed to do what you needed to do.

Stay tuned for part two of this article, in order to learn some tips and tricks about shooting at night.