Repeat Performance: When You Don’t Get the Shot the First Time, Go Back! 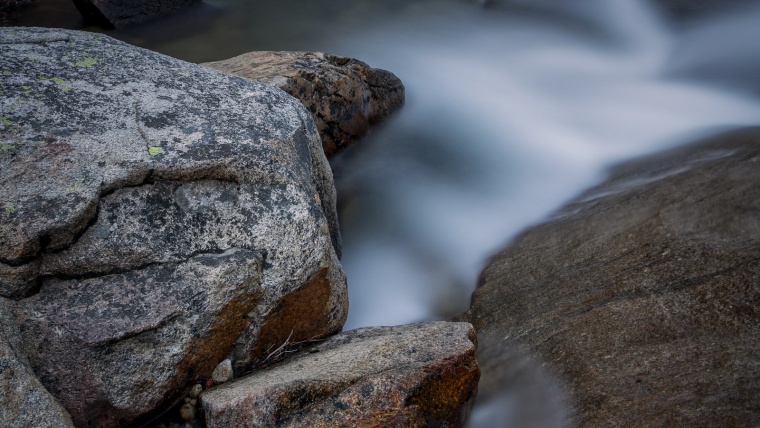 Repeat Performance: When You Don’t Get the Shot the First Time, Go Back! www.sleeklens.com

I’m a firm believer that life is full of second, third, fourth chances. I freely admit I’ve screwed up a whole bunch of times, picked myself up and then screwed up again. I’m probably lucky to be alive. Finally, along with the way, I’ve gained a bit of wisdom—at least I think so—and figured out how to do some things right.

This equally applies to photography, although I doubt having the wrong f-stop could have killed me. There are so many places that I visit and photograph that is worth returning to. Sometimes, it’s because I was there at the wrong time of day or wrong season, and I optimistically figure the most amazing image of my life will be waiting if I just hit the right moment on the next trip. Other times, I’ll go back because I simply blew it the first time—wrong compositions, wrong lenses, wrong angles, etc. Lastly, as in the case of a national park, I’ll keep coming back because there’s so much more to photograph. I’ve lost count how many times I’ve been to Death Valley National Park and each time, I get something different.

The Art of Persistence

Let me cite one example. I spent years driving out to the desert to photograph landscapes by moonlight and one of my favorite locations was California’s Joshua Tree National Park. This place is a wonderland of photographic possibilities, and working under the full moon meant I wasn’t restricted to just a few minutes of perfect light in the morning or night, but hours. (But that’s another blog.)

One spot I mined for images month after month was Jumbo Rocks, a labyrinth of boulders and other rock formations all easily accessible from the road. In there, atop a slab of gritty granodiorite sat a boulder that had split apart and out of the top grew a small, weathered juniper. I immediately visualized how I wanted to photograph it: I would squeeze into the crack from behind, pop off a flash to make it look like a light was shining through. That light, of course, had to be “moonlight,” so I would double-expose the full moon above the rock. While this looked pretty good in my mind, I just had to get it down on film.

That’s correct. In those days, I was using a film which required 20-minute exposures and no ability to check if I had gotten the picture as I envisioned until it was developed back in town a day later.

It took me four months to get that shot. Each time I went out, I would improve upon the last one. Once, I placed the moon in the wrong place above the crack. Or, I didn’t put enough light in the crack. Given certain ground limitations, I had to shoot up from below the boulder and the angle wasn’t right. So I rented the tallest tripod I could get, which raised the camera to the correct pitch. And then finally on a cold December night, I nailed it. The picture, titled, “Jumbo Rocks, 7 p.m.”, has been a big seller for me ever since.

Does this mean if I had a digital camera I could have gotten it right the first time? Maybe yes, maybe no. Even under more usual circumstances, that is, during the day as opposed to the night, you may not realize what you have done correctly—or not—with a subject until after you see the images in Lightroom’s grid and, then, oops: If I had done this instead of that, this picture would be amazing. So often that’s the routine with photography—you need some mental space between the time of exposure and when you see it on a monitor to fully appreciate what you’ve done.

However, if the pictures didn’t work out, it’s not a total loss. Go back if you can. Shoot again with another lens, aperture setting, angle or different ideas. Here are a few factors I consider:

Do I like my compositions? Unfortunately, ideas for how to shoot something don’t always immediately hit me. No matter how much I think I’ve milked a scene, if I go back, I’ll see new ways to tackle it photographically.

The unpredictable things, such as weather or light. Perhaps the weather was really awful or too good, that is, clear skies. There are so many places where the weather is different from day-to-day or even hour-to-hour. Photography is always a bit of a crapshoot when it comes to light. Go back for another roll!

Would a different season make a difference? I might find myself hiking through a grove of quaking aspens in the summer when the leaves are green. If I went back in the fall, perhaps those trees would be aflame in color. Worth a shot.

Time of day. Not every excursion puts you in a place at the golden hour. I figure if something looks good at noon, it’ll be spectacular at sunset or sunrise. So I make a mental note to return in the future and time it so I’m there at the right hour. I’ve even backpacked into a location and camped there just to be around for better light after passing it by on another trip.

More explorations. There are people who have invested most of their lives photographing one grand location. One of my favorite photographers, Michael Frye, lives near Yosemite National Park and has gone there over and over for years. He still manages to surprise me with his fresh perspective on the park. Not only that but repeatedly going back to the same place is a learning experience. You get to know its rhythms, its variations through the seasons. You can then draw on that to up your odds of being at the right place at the right time.

Lastly, even if you can’t go back, learn from the experience. Why were your images just so-so instead of great? Not only go through your photographs to choose the good ones but deeply analyze the horrible ones and figure out what you did wrong so you can apply that lesson in the future.

One of my canyoneering friends once said she couldn’t understand why I bring my camera gear with me on canyons I’ve done before. The reason is pretty simple. I see something different every time I go back. I also have a chance to build on mediocre pictures and even good pictures, and that gets me—occasionally— to great pictures.

A note about the opening image: This was Mono Creek, a spot on the Pacific Crest Trail I’ve passed at least three times, knowing each visit I had to go back just to take pictures. I finally got a chance to camp here and devote an evening to photography.