Canoodling Selfies: Romantic Portraits of Just the Two of You 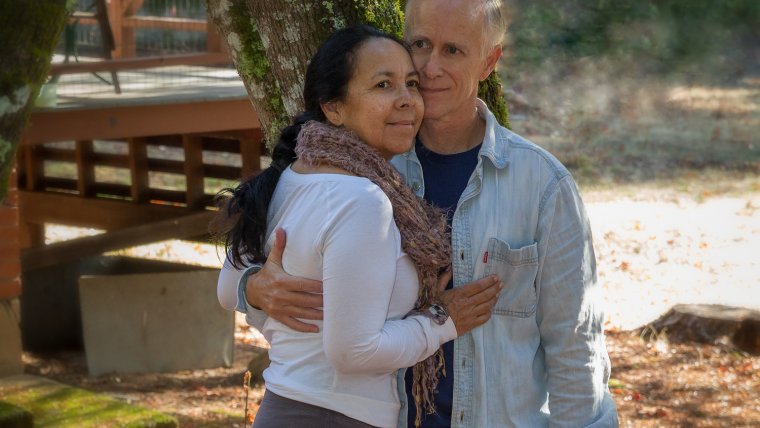 Canoodling Selfies: Romantic Portraits of Just the Two of You www.sleeklens.com

Do you have any romantic photographs of you and your significant other? Well, besides those increasingly boring selfies taken with a cell phone. You call those romantic? Come on, now. You’re a photographer! Devote a little time to getting some pictures of the two of you. It’s at least as important as nailing a great sunset-lit landscape.It’s what I call a canoodling selfie. Let’s break that apart: canoodling means interacting with each other and not mugging the camera. Selfie means you took the picture yourself, which in this case requires a little strategy and forethought. Pretty much what you do as a photographer anyway, but in this case it’s a picture of you hugging your romantic partner or otherwise ignoring the fact there’s a camera pointed at you. I’ll have a suggestion for what you can do with these pictures in relation to Valentine’s Day at the end of this post.

I’m not saying these pictures are necessarily spontaneous, they just have to look that way. And the means to do that is with the right equipment. This will allow you to get in front of the lens and pose for the picture without the need of a 20-foot long arm (or selfie stick).Camera—Kind of obvious. Learn how to operate the 10-second self-timer. Some cameras have more flexibility in the menu for longer times which helps if you need more time to run from the camera to where you’re posing. While the next piece of equipment on this list eliminates the need for the self-timer, it doesn’t hurt to have this as an option.Wireless Remote—I use the Vello ShutterBoss II. It has a claimed range of 250‘—I’ve gone as far as about a 100 feet and it worked like a champ—and allows me to take multiple pictures at whatever interval suits me. It comes in two pieces. There’s the receiver that attaches to the camera’s hotshoe with a cord for my Canon three-pin connection (it’s also compatible with several other brands). The other half is a transmitter I take with me to activate the camera. (Some cameras allow you to remotely take pictures with an app and smart phone, so check your options.)Tripod—Oh, I know. You hate carrying a tripod. But by having it, you’re afforded all the flexibility you need to get a great shot of you and your sweetie. So what’s more important?

Here are a few things to think about:Take a moment to think about the composition. Do you want to tell a story about the place in which you’re canoodling? Look around for an element that helps you with that. Maybe it’s just the background, or a prop. I have more than few shots of my wife and I hiking down a trail, our loaded backpacks making it clear what we’re doing. It’s simple and it tells a little of our story. Pose the other person first. Set the focus on them.Decide where you’ll be in the shot and try to make it within the same plane of focus as the other person. If necessary, stop down the aperture for greater depth of field so you’ll both be in focus.

Ask your partner to “act naturally.” The nice thing about a wireless remote is you can always pop off pictures without getting up to reset the camera, which is distracting and ruins whatever mood you’re trying to create in pixels.

Make sure neither of you will be casting a shadow on the other’s face.

Always check the picture after it’s taken to be sure it worked as you envisioned it.

Okay, so you’ve devoted months, maybe years to collecting all these canoodling selfies. You’ve probably shared a few on Facebook or Instagram and gotten the requisite pile of likes. Wonderful. What’s next?I compiled mine into a book and gave it to my wife as a gift. (Check out my post on producing photography books for more.) There’s something quite renewing about seeing all those shots of us, one after another, that made me realize just how much in love we are. I also discovered the inestimable value in taking a few minutes to canoodle in front of the camera and record the memory for life.