Shooting From the Hip: Taking Pictures at a Low Angle 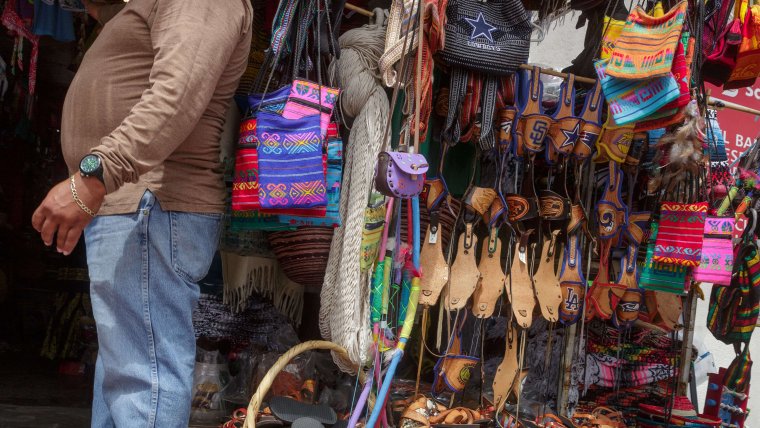 Shooting From the Hip: Taking Pictures at a Low Angle www.sleeklens.com

There are times when I need a new perspective to my photography. That means shooting blind. Well, not literally blind, or even with my eyes closed. I mean I’m not looking through the viewfinder or the LCD. Just pointing the camera at my subject and blasting away. In a way, it’s the purest form of visualization because I’m imagining the photo and trusting my motor skills to properly aim my camera. I do this mostly with the camera anywhere from hip height to my ankles. Literally point and shoot. (On occasion, I will also raise the camera above my head for a higher angle than my short legs will otherwise allow.)

I’m sure you’ve already figured out why I do this: to get a unique angle on my subject, or, in the case of street photography, to not draw attention to the fact I’m taking someone’s picture. And lest you think this is something that depends more on hit or miss luck than a true photographic skill, I consider this a technique that can only be successful with lots of practice. In a way, you become one with the camera and get to know what it’s recording just by where you point the lens at a scene.

I’ve always thought that some of the best street photographs are ones that are dripping in spontaneity. You can’t always get that by bringing the viewfinder to your eye which signals to anyone in front of you they’re about to have their picture taken. You have to be fast and unobserved. So I hold my camera at my side in a vertical position, my finger on the shutter and when the moment’s right, grab my shot. I know I have the composition relatively nailed because I’ve developed an instinct for what’s included in the frame just by pointing the lens in the right direction. I don’t worry if the camera is tilted a bit. In fact, that sometimes adds to the kinetic quality of the picture, adding a little-implied movement.I also have to trust my camera settings to help get the shot and that starts with focus. In a crowd, I’ll disengage autofocus so it doesn’t get distracted by foreground objects and adjust the lens focus for close quarters (say, 10-15 feet). I then stop down the aperture to at least f/8 or f/11 to let the depth of field pull more elements in focus. I set ISO to auto, exposure to manual and then turn up the shutter speed to around 1/250 to compensate for any unsteadiness on my part as well as the subject’s movement. Lastly, I set the drive to silent, which on my Canon DSLRs isn’t exactly stealth mode, but quiet enough to not draw attention to itself. (This is how I shot the opening image of the shopkeeper in Rosarito, Mexico.)Where there’s nothing in the way to throw off the autofocus, I’ll set the focus points to full auto and with utter recklessness, let the camera decide what should be in focus. Amazingly, it gets things right most of the time.My lens setting is a usually a wide one, somewhere between 24mm and 35mm (I do most of my street work with a 24-70mm lens). This also helps keep things in focus while the wide angle brings a greater feeling for the viewer of being smack in the scene.

There’s something about an image taken from a low angle that can really add a dynamic element to the scene. Of course, it depends on the subject. Children, pets, and some landscapes just look better if you take the position of a bug on the ground, seeing the world from their perspective. A lot of cameras have tilting LCDs that make this kind of shot much easier to compose so go head and make use of that feature. Canon, with its bizarre notions of what a pro camera should have and not have, doesn’t make the 5D or 1Dx line-ups with a tilting screen. Then again, in bright light or if you are trying to get that bit of spontaneity from a subject—children and puppies won’t hold still while you stare into the LCD screen trying to get the composition lined up—you may still need to set the camera on the ground, angle it toward the subject and shoot as quickly as you can without concern for getting it perfect in-camera.

If you’re not dealing with a moving target, then, by all means, use the tilting screen. If you don’t have one, there’s no reason to get cocky—check each shot after you take it and recompose by angling the camera differently until you get exactly what you want. Okay, you should do that anyway—whoever dismissed the “chimping” habit was nuts—but it’s triply important if shooting “blind.” In addition, this is how I learned to take pictures without using the viewfinder. I would point the camera at the scene, take a shot, see what it got me and then do it again until I got a feel for what the camera saw at any particular angle.

To Crop or Not To Crop

Because I use a wide angle lens setting, I’m often confronted with an image that might be great in the center but has too much business surrounding the subject. So I crop without shame.

Sometimes, this will involve straightening the picture which necessarily cuts out the corners, although as I said before, I like these pictures to be slightly out of kilter. Other times, I’ll crop to a square which I find to be a great format for street photography. There’s something about the equidistant sides that relaxes the eyes and draws them to the subject, thus involving the viewer even more. My advice—never be afraid to crop.

I consider shooting from the hip just another way to present the world through my photographs and I think it’s a skill worth pursuing. Hey, who needs a viewfinder?