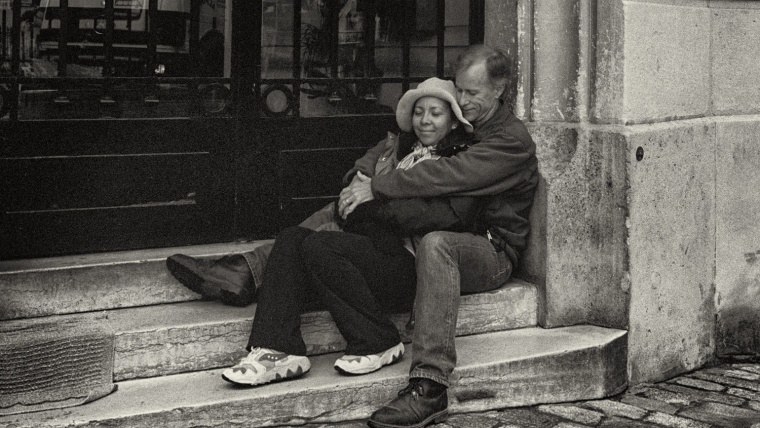 Sometime in the previous century, I was finishing up a 270-mile backpacking trip along a section of the Pacific Crest Trail in California. I was dirty, a little skinny and definitely ready for my close-up. Just as I was traversing along a mountain slope with the morning light in the perfect position to highlight what a greasy mess 15 days on the trail will do to one, I met some day hikers. I asked them to take a picture of me and though they seemed to not understand why I would want such a thing, they obliged.

Given this was the semi-crude days of film, I didn’t see the portrait in grime until the roll had been processed. The person who took the photo had placed my head dead center in the shot. There was nothing but sky behind me instead of the mountain scene. My grungy jeans were cropped off as was the trail itself. A potentially wonderful, story-telling moment—at least to me—was lost.

From then on, I decided I would be responsible for my own self-portraits as they were known back then. Or, so as not to take myself too seriously, I now call them selfies like everyone else.

However, my idea of a selfie isn’t mugging the camera with a maniacal grin. We can do better than that.

For me, a selfie is a sometimes artful record of somewhere I’ve been or something I’ve done. It includes some context or maybe even shows a little action. I might be alone in the shot or with someone, often my wife. My kind of selfie has a candid quality to it that doesn’t even look in most cases like I took it myself. Very often, it only takes a few minutes to do.

So let’s start with a common situation for me. I’m hiking alone in the mountains and come across a beautiful view from atop a ridge. This shot has potential, but it’s missing something, a storytelling element. It needs a model and I happen to have one: me! So I shrug off my pack and pull out a tripod. A small one, mind you. Just hefty enough to hold my camera.

I know, I know. A lot of people hate tripods, especially if they have to carry them any distance. But having those legs are absolutely necessary to precisely compose the shot. After all, have you ever tried to balance a camera on, say, a rock or fence? Too often, you’re composing based on the shape of whatever you’re using for support instead of getting the picture you really want.

So after I whine to myself about having to take the time to extend the tripod legs and attach the camera—true confession: I hate carrying tripods, too—I connect to the camera the second most important selfie tool, a wireless remote. True, just about all cameras include a self-timer but I really detest having to set it and then rush to get into position before the time is up. So I use the Vello ShutterBoss II. It has a claimed range of 250’—I’ve gone as far as about a 100 feet and it worked like a champ—and allows me to take multiple pictures at whatever interval suits me.

It comes in two pieces. There’s the receiver that attaches to the camera’s hotshoe with a cord for my Canon three-pin connection (it’s also compatible with several other brands). The other half is a transmitter I take with me to activate the camera. (Some cameras allow you to remotely take pictures with an app and smart camera, so check your options.)

In this particular scenario, I compose the picture to highlight the story I want to tell. I try to keep it simple. In this case, I just want to be hiking through the foreground with the wilderness scene behind me. Other times, my role as the model might be more static where I just supply a human element for the scene. However, I find just standing there often makes for a boring shot so I prefer to be doing something.

There are many issues to consider as I go about this. Here they are:

This is really the simplest of all super selfies, but it does tell a brief story about my solo trip on the Pacific Crest Trail through the High Sierras.

More often than not, I’m traveling with my wife and we like to do what we call canoodling pictures. We’re not mugging the camera. We’re interacting with each other one way or another, seemingly oblivious to the fact we’re being photographed. For my money, they make for far better travel pictures because, again, they tell a story about our trip. Also, instead of only getting a limited shot of the surrounding scene, dependent on how long my arm is for holding the camera, I can compose so there’s greater context. That shot of us in front of the Eiffel Tower actually has the entire icon in the picture.

And, oh, one more thing: our faces aren’t distorted like you see in a typical selfie. If the composition requires it, I can use a long lens with us off in the distance.

Here are a few things to think about when doing a self-portrait with one or more others:

One variation of all of the above is do the selfie as a panoramic. This involves setting the camera in a vertical orientation on the tripod and taking all the pictures as you would normally do for a pano, overlapping each one by about a third, using manual exposure, focus and color temperature settings. Leave the last frame for you to be in the scene. Later, stitch the shots together with whatever software you prefer, choosing the best of the frames with you in it.

I have to admit that doing “super selfies” is a bit more challenging than simply extending a smartphone camera at arm’s length and firing away, but I’m convinced my selfies do more to record a special moment or scene.

Hope you guys liked this tutorial and before you ask, the header image happens to be a quick set up “super selfie” of my wife and me in a doorway on Avenue Junot in Paris during an early morning walk. I used a mechanical timer attached to a Bronica SQ-A medium format camera. See you next time!