The Local Angle: Photographing Your Neighborhood 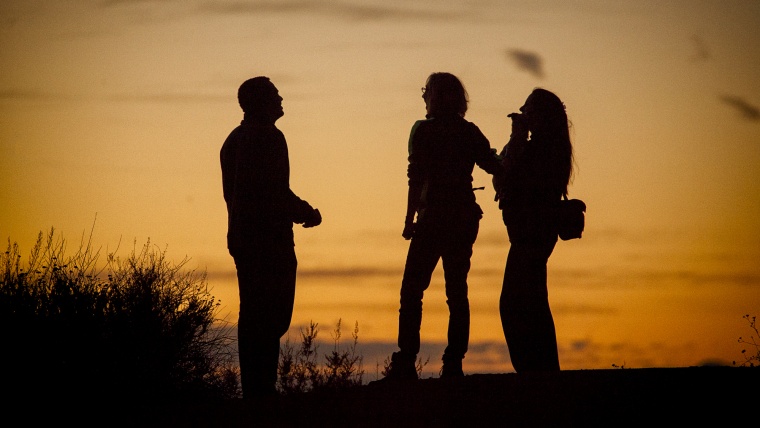 More and more, I read how unhealthy constant sitting is—geez! it can even trim years off your lifespan!—and how simply walking for an hour a day is all the antidote you need to retrieve that mortal time you would otherwise lose to inactivity. (It’s worth noting that you don’t even have to do the hour all at once, but can break it up if your schedule is so hectic, you can’t devote more than, say, 20 minutes at a stretch.)

While I do exercise just about everyday—along with spending hours in front of the computer—I’ve tried to get into another habit whenever I go for those life-expanding walks: I bring my camera and record the neighborhood while I travel it on foot. It’s not complicated, really. I just hook up my Canon 5DMIII to a BlackRapid strap and it hangs upside-down at my side within easy reach. I’ll vary the lens just for kicks. Some days it’s the 16-35mm. Other times I’ll endure the heavier 70-300mm. Or more often, I bring a 24-70mm, my favorite lens.

And if I miss a shot because I had the wrong lens? Doesn’t matter. This is about exercising my heart and my eyes at the same time. If I snag a good picture now and then, wonderful. If I don’t, my life isn’t ruined.

The Hidden World Down the Street

I’ve come to believe that having a camera for my local walks is relates to that miracle of photography when having that camera at my side that turns my curiosity and visual awareness loose. Rather than allowing the normal complications of life to distract me, my eyes become lenses in a way, focusing on usually obscure details or how the light hits the trees a certain way at a certain time of day. My brain turns into a sensor of sorts and I visualize every scene I pass, seeing it as a photograph that may or may not hang on the wall or be posted.

Perhaps even more miraculous is how the mundane becomes special and I record it for that reason. And even if I don’t photograph it, I see it, sometimes for the first time after passing it for weeks.

One of the great achievements of photography has always been how it shows other people the slices of life they wouldn’t experience themselves. In a way, walking through the neighborhood with a camera does the same thing for me. I see bits of the world I didn’t know existed. Sometimes, it’s silly stuff like the Coke bottle someone set next to a light fixture at the entrance to a parking lot, the glass in each mimicking the other. Or the telephone pole with an armor of staples from so many people putting up garage sale notices on it. Or the moments when my wife—who accompanies me on most of my walks—suddenly does something so heartbreakingly photogenic, it seems like a crime not to freeze the moment in pixels.

There are other reasons, as well, for bringing a camera on your walks. Change is constant. Can’t stop it. And I’m always thankful I have records of the neighborhood where I’m living because I never know when something could suddenly be transformed or just disappear. Put another way, what would we do without the photographers of the past who took pictures of what must have seemed at the time like nothing special scenes that eventually disappeared? Here in Los Angeles, that’s the dirt streets of the past that ran through orange groves and years later are now car-choked thoroughfares lined with stores and offices. If nothing else, thanks to those photographers, we’ve gained a little perspective on the direction of urban evolution and perhaps a lesson on where things are headed.

Memories are unreliable. After your neighborhood has changed over 10 years, details of its past get hazy pretty quickly. Take a picture of it now! History is important and it’s always the simple stuff that gets forgotten. Be that photographer who people later thank for showing what the congested avenue looked like before . . . who knows?

There’s also the matter of exercising that visual skill we should all keep toned and ready for possibly more consequential images. Look for compositions in everything you pass. Notice the light, the shadows, the juxtapositions of objects. The more you do this the more you’ll spot possible images. This pays off for me when I’m in a place I’ll never visit again, or only have a limited amount of time to photograph. I don’t miss as much because my eyes are more attuned to what could end up a good photo. I also find that keeping this skill for quickly evaluating possible photos makes a huge difference when I’m the recipient of a great scene with fantastic light and only have maybe a moment or two to compose an image before the shot disappears. I make decisions faster and more decisively so I don’t miss as many opportunities as I used to.

Speaking of those ephemeral moments, I’ve never regretted lugging the DSLR with me, the brick that it is. I know, I know—the best camera is the one you have with you and so why not just pull out my phone and shoot with that? After all, it’s a lot lighter. Here’s why. No matter how good a camera phone is, it’s still not going to get the sublime way a sunset lights up a cloud like a regular ol’ camera—set for RAW—will. Or any other scene for that matter. If I’m going to take advantage of a rare moment, then I’m going to do it right! (That is, I want all the processing ability a RAW image gives me to get the final image as perfect as I can.)

I suppose the bottom line is we all need to exercise in order to be healthy and perhaps add a few more fruitful years to our lives, and life for me is just a little bit more joyful when I can go for a walk and return to that deadly desk chair carrying a great picture I just took.

[The opening image was taken on Mulholland Drive in the Los Angeles’ Santa Monica Mountains.]