Wait For It: Improving Your Photos With a Little Patience 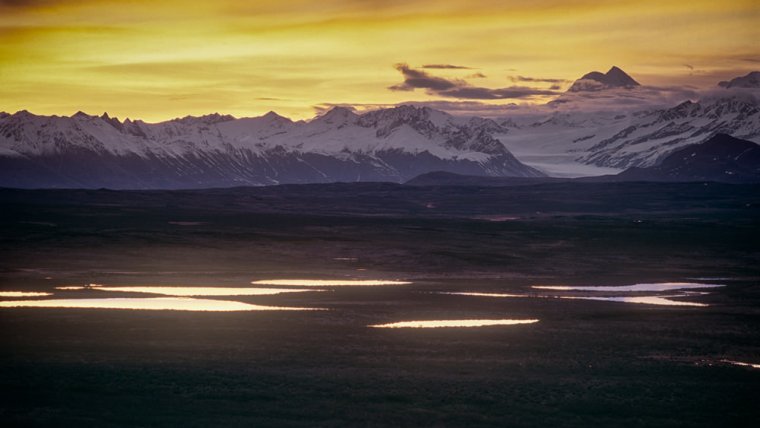 Wait For It: Improving Your Photos With a Little Patience www.sleeklens.com

Along with being an art, photography can also be a matter of patience.

So there I was, sitting on a rock ledge above a cluster of ancient buildings in Chaco Canyon, New Mexico, waiting for the sun to set. The stormy clouds started to burst with color. Click. If nothing else, I thought, I’ve got a decent shot. And then the sunset kicked in with more drama in the clouds. Click. Okay, forget that first photo. This is one is the winner. The light started to fade a bit and I thought, well, maybe it’s time to pack up. After all, the park rules were pretty clear about exiting at sunset.

But then you can never trust the light at the end of the day to be a linear event. It doesn’t always just fade into nighttime. Some unseen cloud could blow one way or the other and suddenly there’s a burst of sunlight more spectacular than anything that happened a minute before. There’s also alpenlight, that somewhat mysterious (at least to me) post-sunset light that magically appears usually just as you toss your gear into the car.

So I waited. Let the rangers yell at me for being a little late. I was going to give the scene a chance to be absolutely amazing. I sat for another few minutes and then boom! there was an explosion of light and color that added incredible dimension to the clouds. Click. Best shot of the bunch.

Never Turn Your Back on a Great Scene

Sometimes good images are sneaky things. They first tiptoe in front of you with hardly inspiring light, and then just as you decide your time could be better spent doing something else—and you’ve put away your camera—they spring out as if to say, Ha! Fooled you again!

So invest a little more time and patience at sunset and just wait a few more minutes. Those photons bouncing around in the sky and reflecting off the ground might just do something wonderful you couldn’t predict. At the very worst, you’ll be packing up in the twilight with a flashlight to guide you to your car or camp. But there’s often a good chance you’ll also record magic.

There’s this kind of lingering light following sunset called alpenlight that every landscape photographer should wait for. You can’t predict it. Sometimes it’s about 15 minutes following sunset, sometimes it doesn’t happen at all. Sometimes it lasts 10 seconds, sometimes a few minutes. The effect is special, a soft glow bouncing off the sky, clouds and land that’s dreamlike and truly mystical. Just stand there and look all around you because the alpenlight can scatter across the sky.

Bring a tripod for alpenlight. You’re going to need it. Exposures will be long, in the seconds or even minutes. And bracket like crazy just to make sure you get a good exposure for both sky and foreground. And, oh, yeah, be sure you have a headlamp or flashlight with you, because once the alpenlight fades, so does any other light and you’ll be stuck in the dark trying to find your way out.

I’m probably one of the most guilty people when it comes to walking away from a scene if the sky is overcast making the overall photography pretty blah. But it behooves one to sit tight for awhile and see what happens. Just like alpenlight, the sun—especially just after sunrise—has a way of sneaking into the landscape in magical ways, but you have take the gamble you’ll be wasting your time. And I admit it’s usually a longshot that anything photographically wonderful will happen. Mostly, that bald sky will stay bald. Then again . . .

Take the above shot from Dusy Basin in Kings Canyon National Park. The sky at sunrise was clear and uninteresting leaving me with a dull light over what is often an incredible landscape of rugged rocks and scattered lakes. I kept my camera on the tripod and decided to simply drink in the solitude for a moment. Sometimes, you have to do that, by the way. Not everything is about getting a great picture!

Suddenly, some clouds above the 12,000’ ridgeline slid into place right where the sun was rising. And then a few seconds later, sun rays poured through. This lasted just long enough for me to set up a decent composition and knock out a few bracketed exposures before it disappeared again. If I had turned my back to start packing, I would have missed it.

My point is simple: The patient photographer gets the magical image.

[The opening photograph was taken of the Alaska Range from the Denali Highway in central Alaska, about a half hour after sunset with alpenlight transforming the scene.]