London from a photographer’s point of view 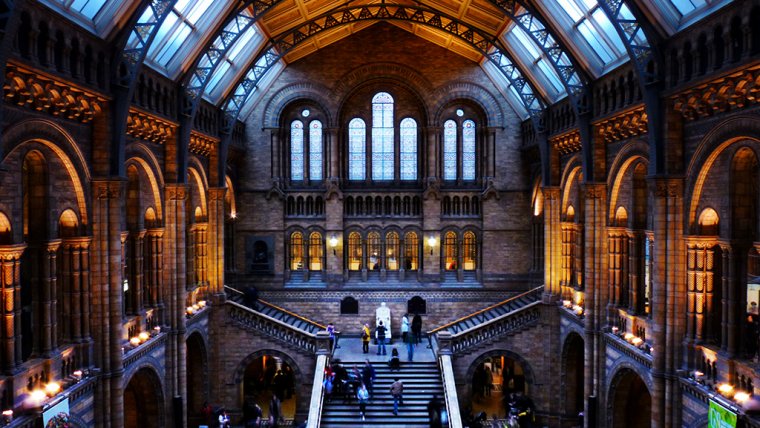 London from a photographer’s point of view www.sleeklens.com

Without any doubt, London is one of the top destinations in the world when it comes to tourism, consistently ranking among the top 5 in almost every list year after year. While there might be many reasons for this, one of them is the beauty of its sights combined with a myriad of buildings and structures that create one of the most beautiful and well-known skylines in the planet. In fact, if I had to choose a word to describe the capital city of the United Kingdom, that would be photogenic.

In this post, I want to make a short virtual tour around some of those wonderful sights together with a couple of tips that can help you come back from your visit to London with at least a handful of wonderful photos. Needless to say that the city has a lot more to offer (museums, nightlife, entertainment, etc.) and, if you add to this the golden rule of travel and landscape photography (make photos during the blue hour!), that means that you should plan for a trip lasting at least a week or so. This latter piece of advice especially applies to London given its (in)famous weather, so expect at least a couple of rainy days!

Probably as soon as you read London an image of the Big Ben and the Houses of Parliament comes to your mind. This wonder of the Gothic architecture has become the trademark of this cosmopolitan city. Its location next to the River Thames and the Westminster Bridge makes it a perfect subject for architecture and travel photography. 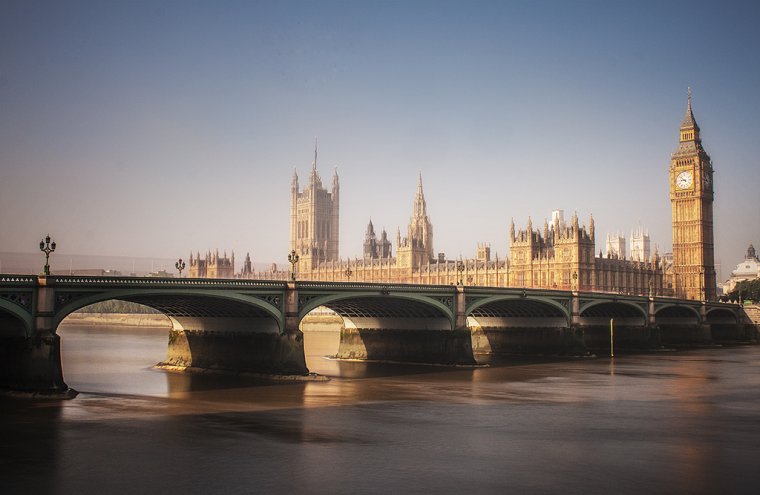 One of the great things about the building (from a photographer’s point of view) is that it can be captured from different points of view and under different light conditions and still produce wonderful photos. This also makes it difficult to come up with a composition that has never been tried before, but the truth is that this situation is common to pretty much any city that attracts millions of tourists each year. 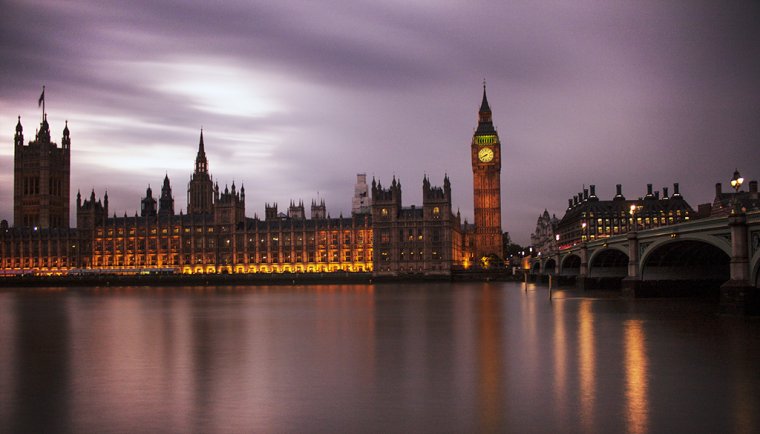 One of the compositions that have become a classic is the view from the bridge across the street with the trail lights of passing cars and/or buses in front, injecting dynamism to the image. Still, the light conditions can vary from day to day and it can also be enjoyable to get your own version of classic shots, so it is definitely worth it getting there once the Sun is below the horizon. 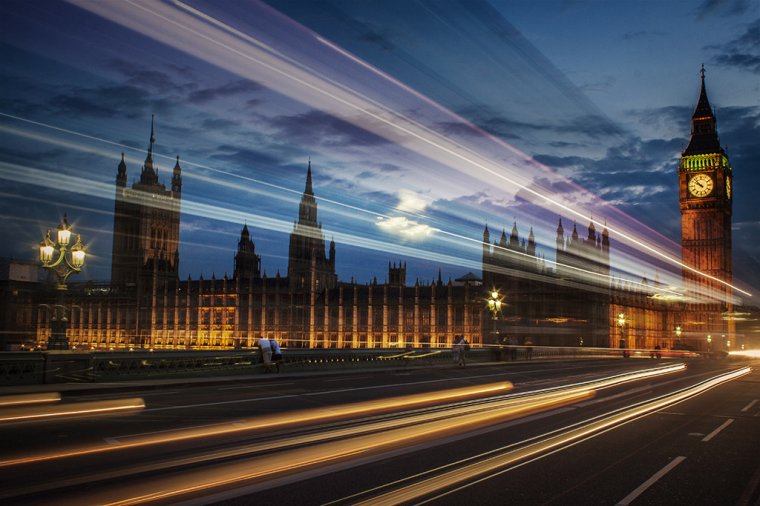 Another landmark of the city is the Tower Bridge. Often mislabeled as ‘London Bridge’, this rather strange bridge is another sight that you cannot miss, especially during the blue hour. 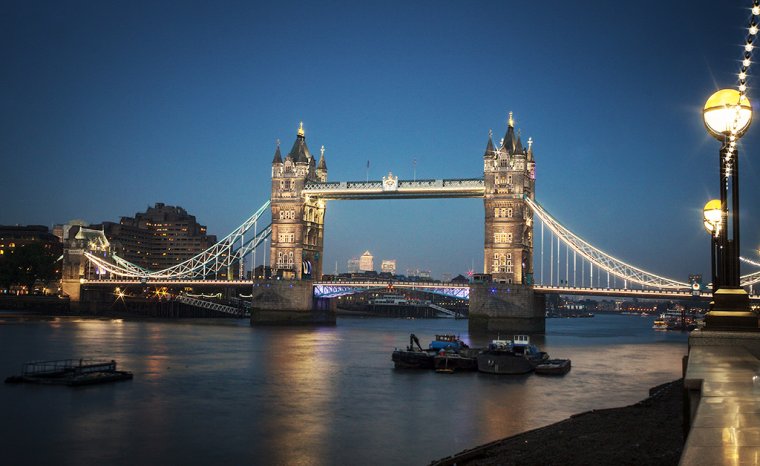 If you are lucky enough, you can make a photo while the road bridge is open to let a boat pass by. It is common nowadays to see small ships that provide tours along the river that have a large mast only to justify raising the bascules. In total, the bascules are raised around a thousand times a year and the current regulations require that a 24-hour notice is given. The times when the bascules are going to be raised are published on the bridge’s website together with other useful information so you can actually plan in advance for the right light conditions for your photo. 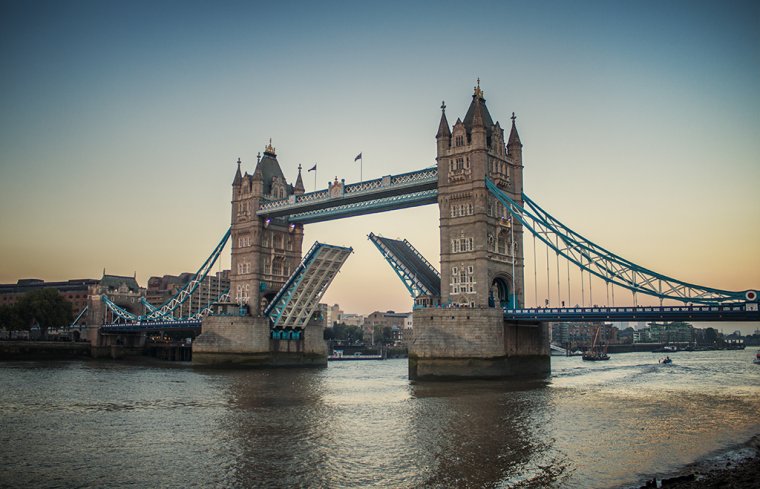 Going west from the Tower Bridge it is possible to have a good view of the financial district of London, commonly referred to as ‘The City’. This cluster of tall buildings (visible between the two towers of the bridge on the blue hour photo above) are also a nice subject and the river itself provides on of the best vantage points to capture this small skyline. 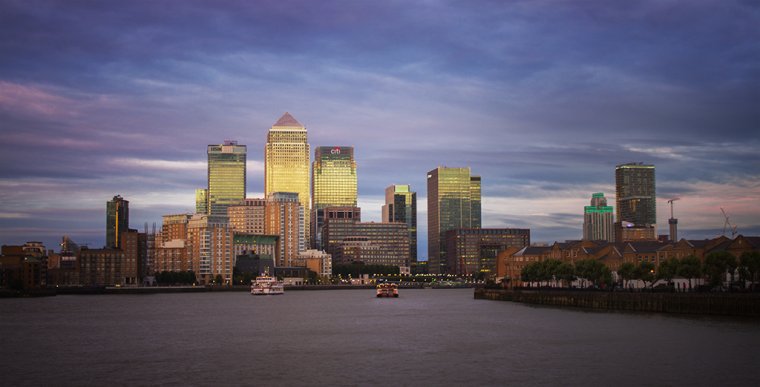 London has a mixture of modern and old architecture that can provide an interesting contrast to include in your photos. While this contrast is present all over the city, some spots have become particularly popular among photographers and, once you get there, it is quite obvious why. One of those locations is the view of the St. Paul’s Cathedral from the Millennium Bridge, right next to the Tate Modern and the Shakespeare’s globe, two other great examples of this same contrast. 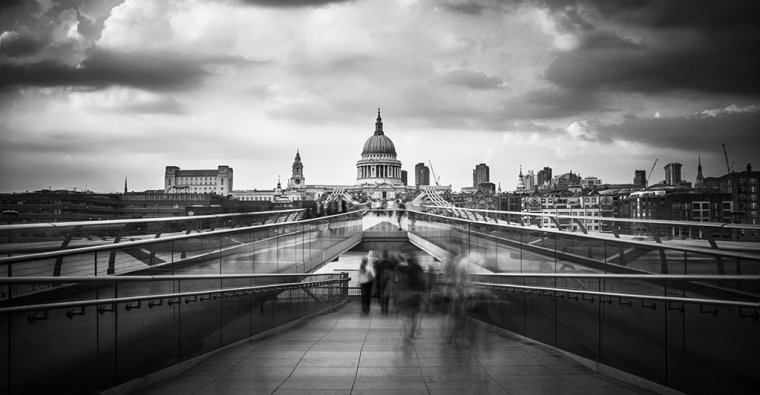 The places I listed here are just some of the most well-known spots for photography in the city. However, what makes London a wonderful destination is that, apart from the touristic spots, there are virtually infinite small streets and corners that will guide your imagination so that you can make the most out of any trip you make. In short, if you are planning to go to a major city for your holidays, give London a serious thought and you won’t be disappointed.