Painting with light: A step forward to creative photographs 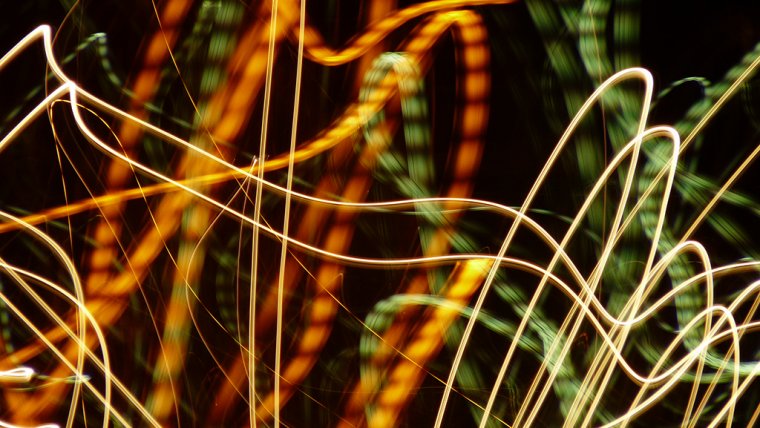 Painting with light: A step forward to creative photographs www.sleeklens.com

You might have probably heard that photography is an analog to painting, only that photographers use light instead of paint. While the title of this post can bring that to your mind, what I want to talk about here is about ways to manipulate light sources, or your camera, in order to alter the static nature of photography.

When you press the shutter button of your camera, you are basically letting light from different sources reach your sensor and that light is transformed into images by means of something called the photoelectric effect. Without getting into many details, if you alter the relative position or the intensity of the light sources while the shutter remains open, these changes will have a noticeable effect on your final image.

In photography, you can have two types of light source, namely natural and artificial. Natural light sources can include the Sun, the Moon, the stars, fires or reflection of any of them from objects in your scene. Artificial light can include pretty much anything else like car lights, street lights, torches, etc.

So moving your light sources can include, for instance, capturing light trails from moving objects like cars, bicycles, planes, boats or even artificial satellites. For this, of course, you need to set your camera on a tripod and set the shutter speed of your camera to a low value, usually on the order of seconds. The rest is just about composition.

Other classical moving subjects include different rides on amusement parks, fireworks and small objects like torches or cell phones (with these you can actually draw things in front of your camera). Basically, anything that moves and can be included within a composition you like will completely change the nature of the final image so try many different things. Most of the times (not always) you will like the rest of your scene to be illuminated, so it usually is a good idea to take these photos during the so-called blue hour (about an hour after sunset or one hour before sunrise), while there still is some ambient light available.

When talking about natural light sources, with some few exceptions, capturing the motion of the light sources will require significantly longer exposure times. Unless you are taking photos of short-lived events such as a falling meteorite, to capture the motion of any celestial body you will need to set the exposure time to at least about 15 seconds. If you want to capture star trails, you will have to take either one single photo with very long exposure time (about 3 or 4 hours) or take several shorter exposures (about 1 minute) for 3 or 4 hours and combine them afterward during post-processing.

A usually much less explored option is to move your camera while taking the photo. The reason why this is a less common approach is simply because it is much harder to get good results. While completely blurred subjects can be an interesting approach to explore, for an image to work in the sense of capturing the viewer’s attention, it usually is important for it to contain an easily identifiable subject. With the exception of abstract photography, you want your image to show something that the viewer can relate to and, if you move your camera while the shutter is open, this can be hard to achieve.

So you basically need a way to get your camera to move with respect to the environment while being able to decently track at least parts of it. The most common way to achieve this is by mounting your camera on a fixed position of a moving object (car, train, etc.) or also by using a timelapse slider, although these will usually provide a rather slow movement, making it harder to come up with a nice composition.

Another way of using the motion of the camera to capture dynamism is by using the panning technique. This involves capturing a photo of a moving subject following it with the camera as it passes by, with a shutter speed slow enough so that the background appears blurred. This is a very common technique in sports photography, especially in motor sports.