The Evolution of Double-Tow Surf Photography 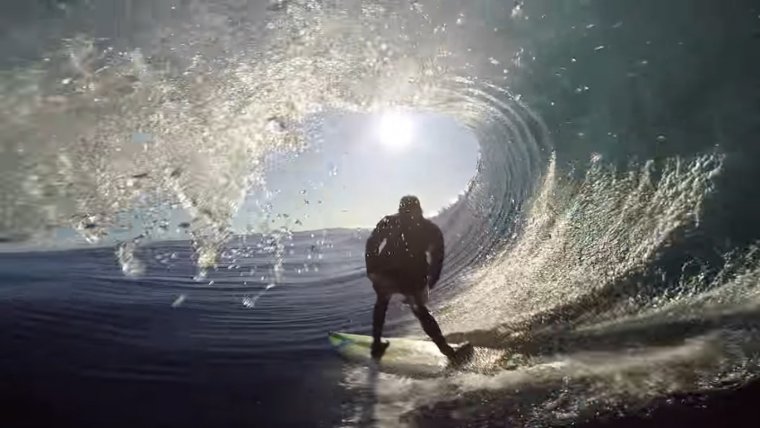 Surf photography is always a tricky business, but there’s nothing trickier than riding along behind a surfer and capturing images from inside the barrel of a cresting wave. This is the world of a double-tow surf photographer.

Needless to say, it isn’t a very common technique. Still, the images these photographers bring back are absolutely captivating. They allow the audience to see from the surfer’s perspective. They are the only way most people will know what it looks like on the inside of a barreling wave. The technique recently had a resurgence, and double-tow photography is evolving to conquer new challenges.

In order to get out to the surfer, the photographer gets a tow from a jet-ski. Once in position, the photographer gets to ride along behind the surfer, snapping shots from within the barrel. This makes for some striking images with strong silhouettes and a fascinating point of view for the observer. The technique revolutionized surf photography, but the unique challenges and demands of double-tow photography meant it wasn’t easy to try, let alone develop.

While Laurent Pujol’s original method was great for the bright, natural light of a sunny day, there’s something special about sunrise and sunset for photographers. It’s easy to get great contrast, and there’s something powerful about these brief transitions between day and night. Unfortunately, while surf photographers could still snap pictures from just about anywhere else at these hours, it didn’t seem possible with double-tow.

Then Leroy Bellet, a teenage prodigy surf photographer from Australia, decided to get creative with a flash. Working with a camera in bulky waterproof housing is hard enough without adding a flash – with its own giant water housing case – into the equation. Leroy Bellet did it anyway. With the flash, he opened a whole new world of opportunities for double-tow photographers. Suddenly, sunset, sunrise, and even nighttime photography were open to Bellet.

Leroy Bellet and his images are already famous. With the flash in play, he has captured stunning images of surfers leaving glowing tunnels of water into the dark abyss beyond. Vivid red sunsets provide the perfect contrast for the blue waves and black clad surfers in other photos. Each image is unique. Their originality comes from the diversity of lighting and color that comes with the combination of flash and natural light.

The first and greatest challenge of double-tow photography is surfing. In order to master double-tow photography, you absolutely must be able to surf. Not only do you have to surf, but you have to surf well. You have to ride well enough to keep steady for shots, and swim clear after the wave breaks. To make matters even more complicated, you must do all of this while hauling around heavy camera gear. Surfing on its own is a pretty dangerous endeavor, and adding a camera to the mix requires a very special set of skills.

Another great frustration for double-tow photographers comes from shifting focus. The predetermined space between photographer and subject makes it easy to calculate focal length on shore. Unfortunately, it’s just as easy for even the most advanced cameras to slip and lose focus during a rough tumble through the surf. Bellet had to get creative to ensure his camera stayed focused while it was in its water housing. He decided to start taping the barrel of the lens in place. Putting something sticky on your expensive equipment may sound awful, but this technique has proven itself for the double-tow photographer.

The last challenge comes in editing, especially for double-tow photographers like Bellet who shoot with a flash in dim light. As exciting as the composition may be, viewers still want to see a balanced photo. It takes a lot of time to bring out the background colors of the sky when a bright flash is used against a gleaming wetsuit in the foreground. Double-tow surfers don’t just have to master their shooting techniques. They must also master the fine art of digital photo editing.

Despite all the challenges and risks involved in double-tow photography, ambitious souls like Pujol and Bellet will continue to surprise and excite audiences. The innate obstacles of this method limit the number of photographers who can even attempt it, which makes the stunning views all the more inspiring.  It’s the most dangerous surf photography technique, but it creates a one-of-a-kind impression.