How to Get a Smooth and Blurred Background in Wildlife Photos 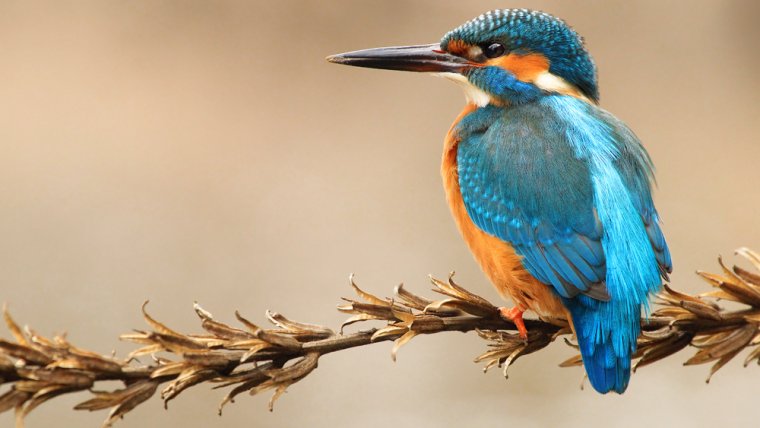 How to Get a Smooth and Blurred Background in Wildlife Photos www.sleeklens.com

A big mistake a lot of new photographers, as well as seasoned professionals from time to time make, is forgetting about the background of their photograph.
The background may seem to be of little importance, but when you start to compare great and mediocore photos, you will often find that the background is one of the major differences between them.

While a stunning background can rarely make up for a poor or blurry subject, it can help boost the look of the image tremendously. The background of a photograph is like the components inside a computer, you only pay attention to them when there’s something wrong, and when they work well, they support what you are doing.
Even though your background is not smooth and blurred doesn’t mean it is bad, it can actually be used for creating very interesting images.
Having a smooth and blurred background in your image is quite a safe method for it to look great though, so that is what we will be focusing on in this article. The blurriness of your background depends on several factors.

The aperture, also known as f-number or f-stop is probably the biggest factor influencing how blurred or sharp you background is. The lower the number is the less of the image is in focus. So f/2.8 means that a smaller part of your image is in focus, than if you had chosen f/16.
On a side not, it is worth mentioning that there is only ever one place in your image that is in focus. From there it gets gradually more blurred the further away from the focus point. It is just that when you chose a small f-number, like f/2.8, things will quickly get more blurry, than if you used a bigger number.It can just look like you whole image is in focus if you use a big number like f/22, but in reality, there is still only one place that is 100% sharp.

So when seeking to get a beautiful blurred background, you will want to use the lowest possible f-number, which opens up your aperture, hence why people also refer to it as the widest aperture.
How low of an f-number you can select is entirely dependent on the lens on your camera. Generally speaking, more expensive lenses lets you select a wider aperture like f/2.8 where as the kit lens often is limited to f/3.5 when zoomed all the way out, and f/5.6 when zoomed in.
With that being said most manufactures have a fairly cheap 50mm f/1.8 lens available. On the other hand, the autofocus, sharpness and overall quality of the lenses are not the best.

This is a very powerful tool to create blurry background, but often overlooked. The trick is to get as close as possible to the subject you want to separate from the background.

Obviously this will not always be possible. You should always consider your composition before stepping closer or zooming in. As we discussed earlier, having a beautiful background will not make your photo great if the subject is poorly portrayed.

In summary, here is to formular to blurry backgrounds:

1) Shoot at the widest possible aperture, e.g. f/2.8
2) Zoom in as much as possible
3) Get as close as possible to your subject

The focal length of your lens, usually measured, is how much zoom the lens has so to speak. For an example the usual kit lens is 18-55mm.

The more zoomed in the lens is, the more blurry the background will appear. We won’t get into the technical details of this, but longer/telephoto lenses has a shallower depth of field. So if you pick f/4 when zoomed in to 200mm, your depth of field (the amount of the image that appears to be in focus) will be much shallower, than if you photographed the same subject at 18mm.

For an example, if you are taking portraits, you want to consider using a 85mm, 100mm or maybe even 200mm lens to get a more blurred and smooth background. Even apertures like f/5.6 can show beautiful and blurry background at a 100mm, especially when combined with the next factor.

As always, I really hope you have found the tips and ideas in this article useful!
Thanks for reading & see you next time!