How to make an animated GIF in Photoshop 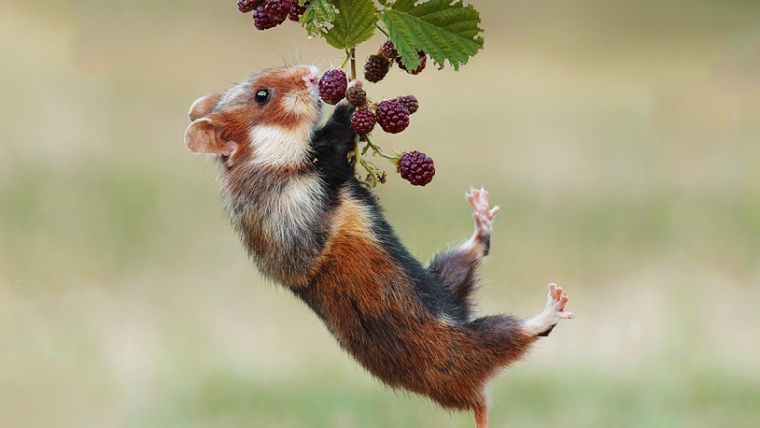 How to make an animated GIF in Photoshop www.sleeklens.com

Today we have a tutorial focusing on how to make an animated GIF in Photoshop.

GIFs can be of any size, can loop endlessly and they are used widely on the World Wide Web. They are really fun and easy to make and are actually really popular nowadays because you can find so many homepages that let you share your personal GIF or to just look and download them from other persons who uploaded their GIFs (Here is some cool photoshop actions).

If you have a series of funny, cute or spectacular images in your photo archive, you will be more than surprised seeing your images turning into a small video sequence. So find some good pictures which you want to put together as frames and start to create a folder where you move the images to.

This could be a sequence out of 10 or also out of 100, the numbers of images don’t matter, you decide how long you want your GIF to b, let’s say there is no limit for how many frames you will use for a gif but the more files you use the longer the GIF and the bigger file size will be. What really counts is that you will receive a super cool GIF in the end and all in all this will take you just a couple of minutes to create in Photoshop.

Let’s start with our Tutorial:

As you can see GIFs are really easy to make and will take you only a couple of minutes to create.

Here you can see the result of our GIF.

We hope you enjoyed this tutorial !!

Before you leave, here’s a quick top on how to Add Birds to Your Photos in Adobe Photoshop.

What is an animated .GIF?

Many people love to watch and share GIF images across social media channels, but few know what an animated GIF is.

A GIF image file is a series of images incorporated into one file and used to display graphics, logos, and basic animation on the internet. Individual image files are stacked and played in multiple frames to give the illusion of movement, like a flipbook. Unlike a video file, GIF animation does not support sound, and they are relatively low resolution, but their simplicity makes them perfect for memes and website animation.

The acronym GIF stands for graphics interchange format, a file type invented in the late 80s for displaying internet images. A GIF file can carry 8 bits per pixel and use 256 indexed colors. The GIF format makes it possible for multiple images to be stacked together to create animation. You’ll recognize files of this type by its .gif extension.

You can create animated GIFs in Photoshop and various other digital art software and applications. While they are relatively easy to make on your own, you may want to check out online photography classes to get more detailed instruction and hands-on experience creating GIF files.

Why are GIFs so popular?

GIFs are so popular because they are easy to create and share. You can find a GIF image to express every type of emotion. Many are clever and funny, and these types of animated GIFs spread across social media channels like wildfire. People love using emojis and stickers to express themselves in messages and social media posts. GIFs are like emojis and stickers, but with the added excitement of action!

Finding a GIF that you want to share is easy. You can get them off one of several applications like GIPHY, Gyfcat, and Imgur. If you don’t want to download an app or search through websites, you can find an existing GIF through an extension on your smartphone keyboard or embedded within the posting tools found on Facebook or Instagram.

You don’t have to have a lot of technical know-how to create a GIF animated image. All you need is digital art software such as Adobe Illustrator or Photoshop. You cannot complete the entire animated GIF file, but you can use it to edit the individual frames.

In Photoshop, you can create GIF animation from a video file or image file. Features such as Lightroom presets and Photoshop actions allow you to apply preset filters or saved steps across multiple frames, making GIF creation a breeze.

Whether you create your own GIF file or find an existing GIF animation, you’ll be memorably entertaining your followers within minutes!

Who invented the GIF?

Who made the first GIF? GIF files were created in 1987 by Steve Wilhite and his team at CompuServe, the first major online service provider in the United States. As many inventions do, GIF files were the result of trying to solve a different problem. Steve and his team were trying to develop a way to speed up download speeds for large image files.

Their solution was the GIF file which reduced file size and limited color so the files could load faster. Using lossless compression, where data is trimmed in the shortening process, they could compress files with no loss in image quality.

GIF animation was born in 1994 when the files were looped to create a flipbook animation effect. They gained popularity and were supported by major social media platforms such as Facebook in 2015 and Instagram in 2018.

How do you pronounce GIF?

While everyone can agree that GIFs are entertaining, not as many can agree on how to pronounce GIF! So, how in the world do you pronounce it? Is it with a hard G as in “gift” or a soft G like the peanut butter, Jiff?

According to Merriam Webster, both pronunciations are acceptable. You’ll be understood whether you say GIF with a hard or soft G because both are so common. Most dictionaries display both methods of pronouncing GIF.

How is GIF often pronounced? Mashable polled 30,000 people worldwide, and the hard G with 57% of the votes. Those in favor of the soft G represented 31% of those surveyed, and 8% said both are fine. A rare 2% pronounce each letter in the acronym (G-I-F).

If you’re looking for public figures to model how to pronounce GIF, creator Steve Wilhite emphatically states that GIF is pronounced with a soft G. Former President Obama votes for GIF with a hard G, and if you ask Siri, she will say it the same way. Alex Trebek has said it with a soft G and spelled out each letter on Jeopardy’s game show.

Linguists have tried to clear up the debate by applying English language standards, but the problem lies in the fact that there is no one way to pronounce G and I together. The hard G is sometimes used as with the word “gift” and the soft G is used other times like in the word “gin.” No one rule prevailed when examining all the “G-I” words in the English language. The two usages were nearly tied.

All this leads to one conclusion – you can pronounce GIF with either a hard G or a soft G and be right! You can even choose to spell it out if you’d like to be part of the 2% that do that.

What is Auto Focus (And How to Use it)

How to Create a Clipping Mask in Photoshop
Most recent

How to Do Food Photography

What is Split Toning in Lightroom and Photoshop?

How to Smooth Skin in Photoshop