Surely You Gesture: Let your images tell a message 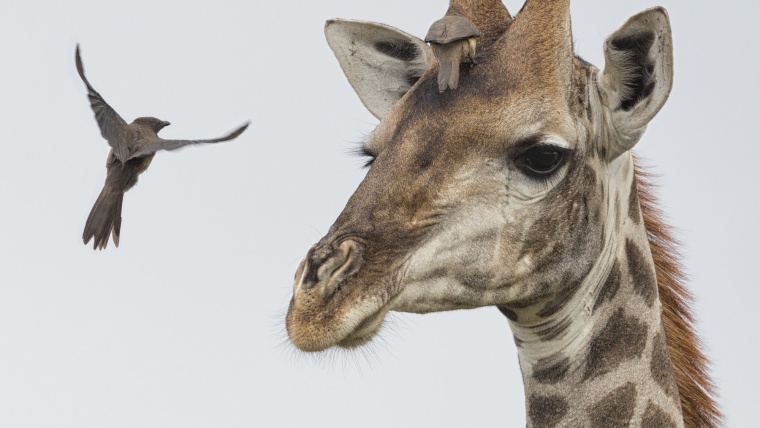 Surely You Gesture: Let your images tell a message www.sleeklens.com

I find editing my photography one of the hardest things I do. With a thousand images staring at me, it first seems as though I’m confronted by a pixel wasteland of mediocrity and redundancy. And then, just as the grid view on Lightroom starts to go blurry, I find a way to separate out the so-so shots from the rare winners by looking for the gesture.

The gesture is one of those nebulous photographic terms that gets defined in all sorts of nebulous ways. Some people will confine it to a person’s expression and body language. That is the one-shot where their gesture conveys a specific emotion or characteristic. I prefer to broaden the parameters and see it as that captured moment where all the elements in the shot become one cohesive composition that reveals something about the subject, often telling a story at the same time. While this means you can find gesture just about anywhere—with people, animals, and landscapes—it’s still a rare quality, which is probably why it’s such a good way to edit pictures. For me, it’s an unfailing filter to separate out the occasional gems from the rest of the sludge.

I think the first step before even taking the picture is deciding what you want to say. This can help make the case for one photo over another when you get to the editing phase. In the series of pictures above, my friends and I are just beginning the predawn approach to Deimos Canyon in Death Valley National Park. The early morning feeling was one of isolation as if we were the only people in the entire park. In a way, this theme followed us the entire day as Deimos Canyon involves a steep 3,000′ climb to the top of the canyon and few people ever go there. So I got myself in position and started shooting.

The first pictures feel more like bland documents of the start than anything where all the elements are telling a story. Ah, but the gestures I found in the final image which I subsequently processed have more of the feeling I wanted to convey. The background Panamint Mountains are pushed in the distance by the wide angle lens and the surrounding land is so flat and featureless, it emphasizes the idea of a lonely, rarely visited place; the blue, predawn light reveals the time of day along with the headlamp glaring so brightly you can’t ignore it; and, more literal in terms of gesture, the two women’s legs are slightly separated and it’s clear they’re marching ahead. All these elements contribute to telling a story about that moment and what this location was like. Knowing what I wanted to say helped me zero in on that image with all these gestures while leaving the others behind.

The Moment You’ve Been Waiting For

I have a camera that blasts through 12 frames a second, making it a little easier to get the peak of action. Nevertheless, after my high-tech machine has presented me with 20 frames taken in a couple of seconds, I still have to choose the right one. Which image best represents the activity? This is where gesture represents the action when it hits the most telling moment with a graceful, maybe even lyrical quality to it.

For an example, I offer this series of a saddle-billed stork photographed from a bridge over the Olifants River in Kruger National Park, South Africa. I took more than 200 frames of this fellow, which I was told was a rare sight, as it fished the water. Among these six images, I chose the fifth because the story was about plunged its beak after a fish and it best showed the relative grace with which the bird went about its business. The last in the series where its beak is in the water might be the peak of action for some, but it misses, I think, the moment where the bird is “cocked” and ready to strike. The wings are high, the left foot poised, the neck tense. And I see the shot as more about a predator looking for a meal rather than one actually eating it.

When the Stars Align

There are times when you have to anticipate the gesture, move the camera for the best composition and then wait for the right moment. The example I chose is a simple one that required I change positions a couple of times to get it right. I was at Rialto Beach in Olympic National Park and noticed how the sea stack with its notch on the right side was about to receive the setting sun. A little contrived, but hey, why not? This made for a far more interesting shot than the sea stack alone or the sun just a bright ball on the horizon. Also, you could say there’s gesture in the swirling clouds adding a bit of tension opposite the calmness in the setting sun. Any of the other images were okay, but sitting tight and getting the exact alignment of sun and sea stack makes, I believe, for a photo that has enough gesture and visual interest to at least invite a second look.

The Story in Your Eyes

As I said, I think the gesture is most successful when it tells a story—that one frame the viewer can feel something happening and they want to know what it is. If they spend enough time with the picture they’ll probably make up their own story. And that’s what makes such photos so good—they invite interaction between the image and the viewer.

While in Siena, Italy, I took three early morning shots of these two men deep in conversation. They’re all pretty decent, but the middle one has an extra spark as if you can tell one has made a great point. They’re even in sync, both gesturing with their hands and their right feet is slightly raised at the same time. There’s a connection here that says these two are friends. Were they talking politics? Gossiping? Making jokes about the tourist over there taking pictures of them? I have no idea. But they were fun to watch and photograph.

I think the bottom line here is, as you photograph and then edit, look for the one image—and only one—that stands out as having gesture. It can have a huge impact on the overall quality of your work.