Hunting Light Rays With a Mobile Phone: A How-To Guide 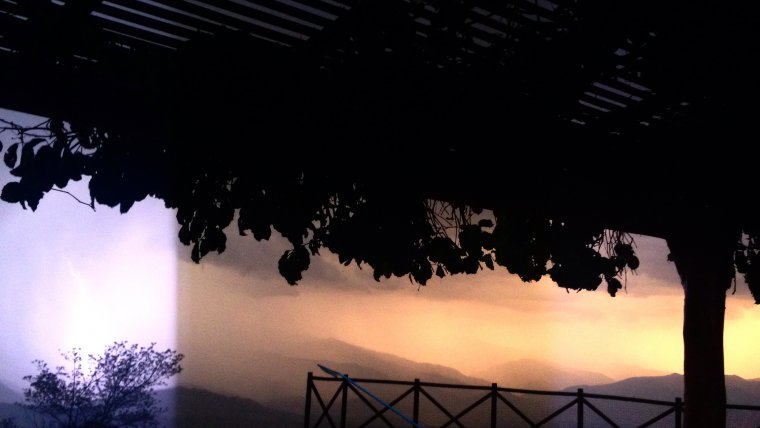 In occasions, the greatest photo ideas come from challenges; of people who believe that something it is not possible and makes us prove them wrong. The idea of @fotoensayo arises, among many other anecdotes that we will be sharing with you in some other articles, of a similar situation.

The first time we assisted to a mobile photography conference, we had the illusion of meeting with so many other experiences of different areas, maybe someone who could tell us that with a mobile phone you could do anything. But the reality was very different, we met a speaker who talked about the advantages of mobile phones in terms of street photography but raised the idea that it was not an ideal support for other tasks.

We, that had a few months posting the probability of using the mobile terminals as our professional work tools, decided to talk about this idea and start showing that really the impossibility was the photographer and not in the support.

The speaker, who we do not recriminate in any case, on the contrary, we thank his posture, because he allows us realized that several photographic possibilities that mobile phones had that we have not even considered. Of him, we recall the next phrase: Who will think about making nature photography with a mobile phone? Is it is already hard enough to make natural phenomena photos using a camera in manual mode?

So well, during a trip to Colombia, we decided to see how difficult could it be making sun ray photos with a mobile phone, without using the manual mode. At the beginning, it was a simple game but that simple game left us a great teaching: mobile photography implies a lot of creativity.

It was like this how a stormy night, using only the original application of an old iPhone 4 we started to try the ray hunting.

For those who are not familiarized with this type of photography, normally for making photos of a ray or any other natural phenomena that happen so quickly, what you do is make photos with long times of obturation, so when the phenomena happen it can get registered in that period of time.

Nevertheless, in the case of this mobile phone, its original application implied the lack of direct control on the obturation speed. Additionally, the sensor size does not provide too many margins for high or low lights which generate some difficulties in the synchronization process. 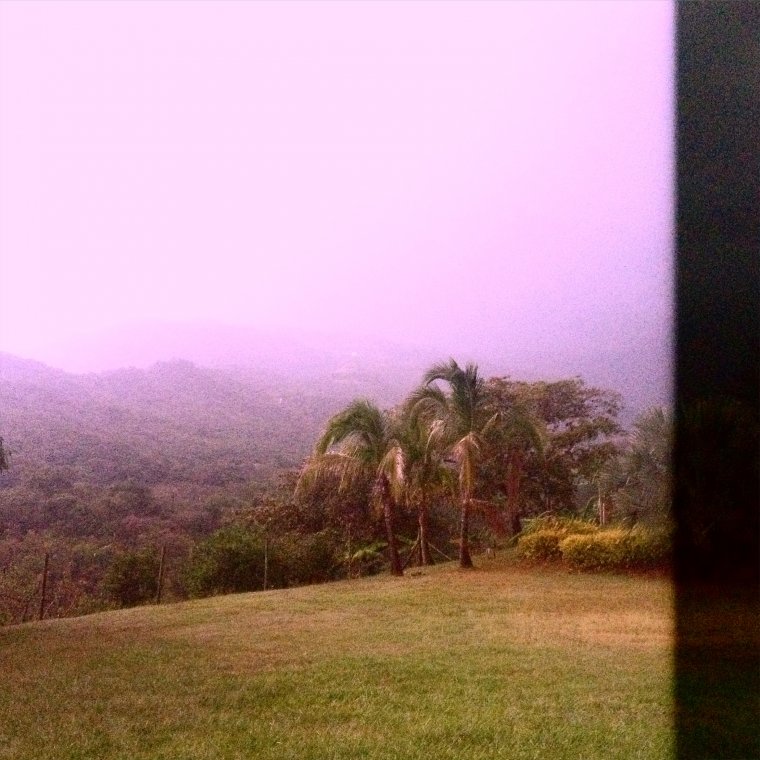 To begin with, the first idea that raised was to expect the ray to fall and just in that moment obdurate. But as it closes, or it did not get registered or it generates so many lights that the resulting image was completely overexposed.

So then we started to try to identify the zone where the rays fall and measure the time between each impact, knowing this we could try to be one step forward the ray. The first work out and so we could identify the storm zone, but the fall in such random zones that it was truly difficult to have a concrete number in time speaking. 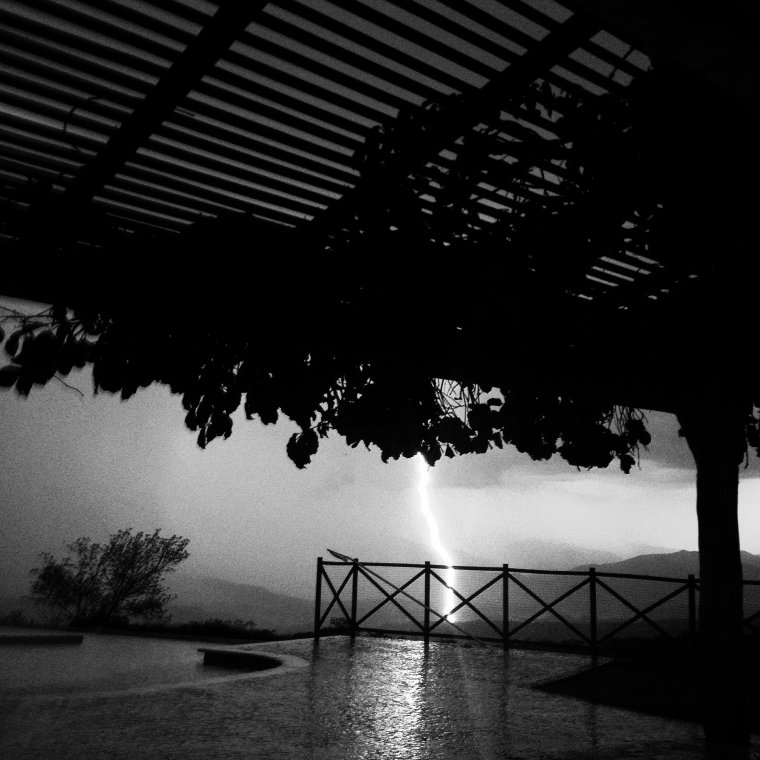 There before, we put an improvised tripod that redirects the mobile to the identified zone. But the problem was still there, we could not get the rays, and when we did the exposures were incorrect.

Wait- said one- ¿ what about if we take advantage of the tripod for having a punctual framing and then we lock the exposure in a highlight point with a light bulb? Of course, that was it. This type of mobile phone allows you to left the focus button pressed for some seconds and then locks both the focus and the exposure.

Now it was just about making the lock in a considerable distance from the light bulb, so the focus could go infinity beyond, and the rays as the elements in the composition could be the focus. 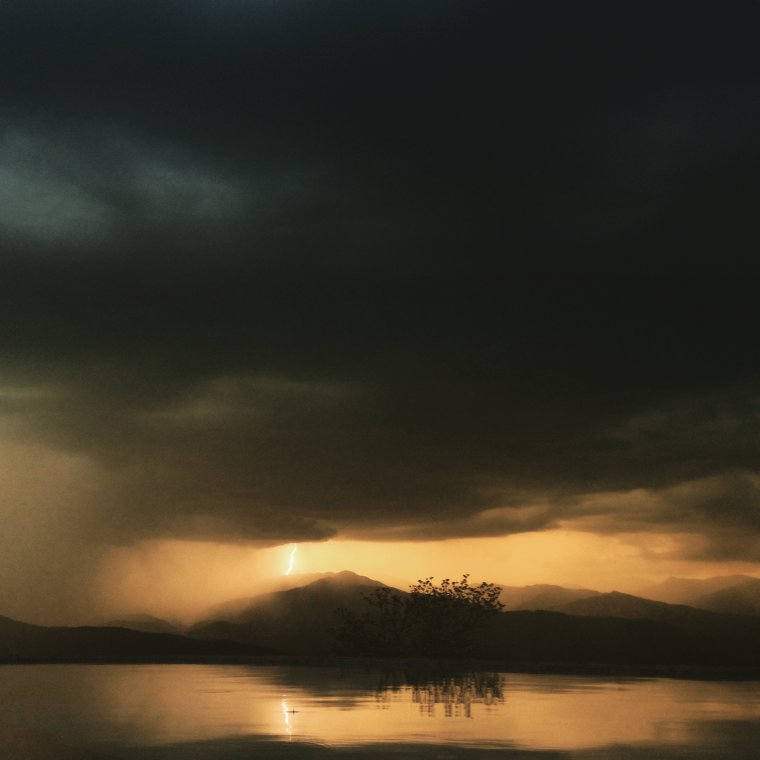 Trying to make the photography in this way we started to identify that the rays had three stages: the first one in which the flash illuminated the sky and left everything well exposed except for the sky that was overexposed. In a second stage, you can see the ray in the sky, leaving all the other elements that make up the scene in backlighting and, finally the moment in which the ray loses intensity you can only see its sphere.

After identifying these three stages, the rest was simple; framing with the tripod, then with the mobile lock the exposure directly to a source of light like the one of the light bulb putting the mobile phone in the tripod or somewhere else stable and wait the deployment of light of the first stage of the ray for obdurate.

The process became so easy with the practice that we could frame with the reflexions of the water, among some other wood ceilings and even, foresee the first stage in which the sky illuminates for making photos of various tones in which the complete darkness seems to be the day.

Is clearly that because of the obturation system of the mobile phone and the small format of the sensor, in occasions, it generate dark lines in the photography as a consequence of the light intensity. But this kind of mistakes gave us variations in tones, magenta colors in the sky and black lines that frame up the rays in interesting ways. 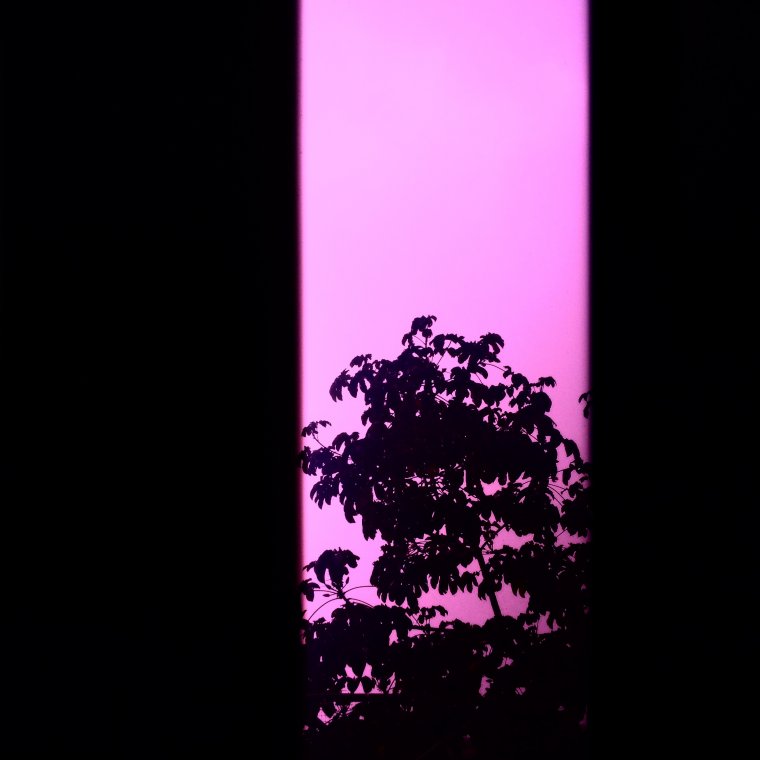 We invite you to explore alternative ways of making your photos, there is no need of big pieces of equipment, with a mobile phone and some creativity you can do whatever you imagine. Awaiting your comments and hoping to see your images soon, we will continue #Fotoensayando.