6 Reasons Why Your Mobile Phone is a Great Photographic Tool 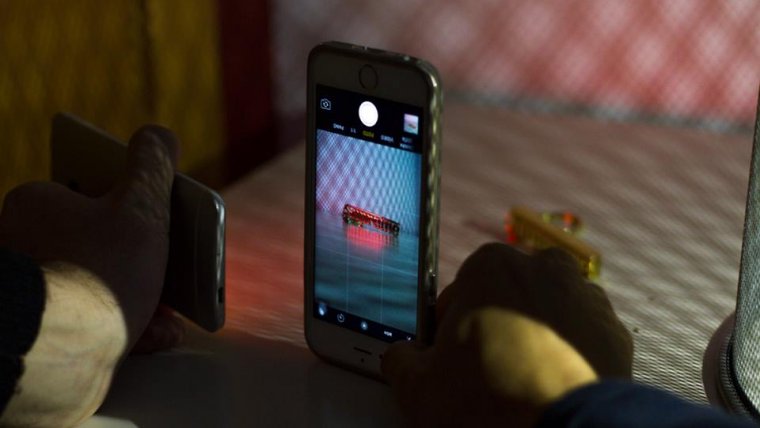 6 Reasons Why Your Mobile Phone is a Great Photographic Tool www.sleeklens.com

As a specialist brand in the mobile phone use as professional photographic work tools, one of the most frequent questions that we get in our conferences and presentations is: why should we use this kind of dispositive and not others?

Excluding discussion, in which in a derisory from the idea of some supports being better than others can be defended, we have raised the idea that any support that allows translating the light (including not so frequent tools as scanners, photocopiers, etc) can be great for the photographic register.

Therebefore, we have listed 10 main reasons that have made the mobile phone great photographic tools, leaving aside the typical “..because is a camera you always carry on with you”

On the contrary of the photography tools in the current market, mobile phones have quite affordable prices. Additionally, the fact of being day-to-day tools means that usually we already have some other mobile terminal in our homes.

But the low-cost issue is not just about the dispositive price, one of the things that imply more expenses for the photographers, is the equipment maintenance. Nowadays, a camera sensor cleaning can cost between 30 and 70 euro, besides the permanent wear of it. In the case of mobile phones, there are almost null maintenance costs, so the budget delivered to the client diminished, at least in this aspect.

Although it sounds like a joke and it is an underestimate idea, as time has passed, there are still a lot of people who think that a photographer’s job depends on his camera. The equivalence of more lens is equal to better quality, does not applies to mobile phones. Some considered this as a disadvantage but in sales terms, showing that you can make creative images with a standard terminal, gives you an idea of the photographers capacity, and consequently, of their job.

Truth to be said is that mobile phones have become so common that is natural to the eye among the people. Unlike a photographic camera, that it always be a pretty invasive tool; the mobile phone goes generally unnoticed. In consequence, the naturalness of the registered scene and a closer contact with the photographed person are visible.

Until recent times, quality was one of the most debated issues, referring to the use of mobile phones as professional tools. But with the dispositive camera systems advances, this is something from the past. Of course that if your intention is exposing your work with considerably extensions, it will be better to work with a camera that has a bigger sensor than the half-inched one. Often, photographers’ work is printed in standard size magazine or web pages, so mobile phone gives the necessary conditions for an optimal visualization in this cases.

Furthermore, talking about extensions, having a little creativity and using several photos for their posterior union in a post-processed tool, you can get considerable sizes of extension. Take this just as an additional tip.

This is, maybe, one of the essential characteristics of mobile phones and also what makes mobile photography different of any other photographic area. Is not just about the possibility of sharing real time produced images but, and even more important, this supports are provided with different services based on this characteristic.

Commercially, photography has been attached in few brands that sell their equipment leaving the consumer with a very thick choice margin this has made that, speaking of contact and possible alliances, for some photographers the access to this brands become very difficult. On the other hand, mobile phones brands are a rising boom, in this sense, many of them provide mobile phones in a permanently way for testing, generating agreements and in most cases, developing new photographic systems in a no longer 6 months period. As a result, talking again about equipment, and also of the bases of direct contact with the interested brands, this brings an infinite number of options to photographer’s access.

Here, in Foto Ensayo, we won’t stop remembering that the consecution process of the photos is one of the most important elements of making them. As photographers, at this point is where we nourished, learned and became better persons. In the mobile phone case, the fixed focal distance implies to be creative, allowing the permanent search of shapes, colors, and frames in the photography process that will help in the technical and narrative development of our images.

On the whole, these are some reasons of why we started to develop a workflow in which you could use mobile phones as tools for the photographic register. So, now: who else is willing to take the challenge of using mobile phones as a photographic tool? Waiting for your comments, we will continue #fotoensayando.