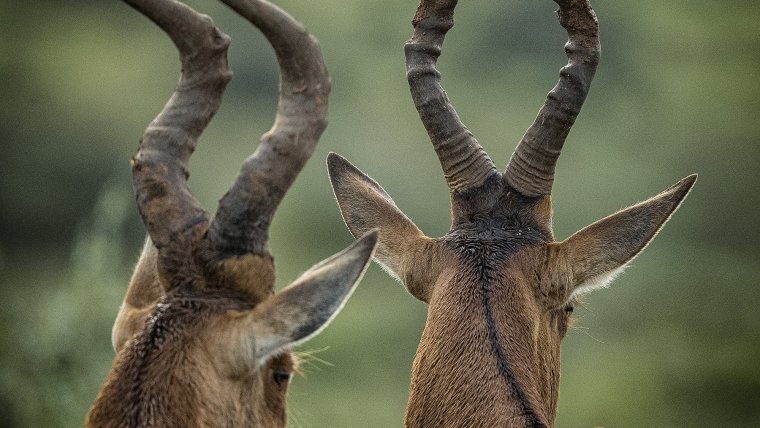 Sometimes, even when you’re uninspired, you get lucky. There I was, about to take a straightforward, blah picture of Piramide del Sol (Pyramid of the Sun), which is located in the ancient city of Teotihuacan near Mexico City, when this woman sat down in front of me with an umbrella cocked to shade her from the sun. Generally speaking, I get a bit annoyed when someone does something like that, but then I have to remind myself she has as much right to the scene as I do and I try to work with what I’ve got. (As an aside, just because you have a camera doesn’t mean you’re in charge of crowd logistics; some photographers have to be reminded of that.)

I quickly saw she had done me a favor. Instead of what I call a record shot of the pyramid with the only saving component being the sky, I got a juxtaposition. In this case, that meant the angular relic from some 2,000 years ago contrasted with the curved shape of a modern umbrella. I didn’t think of it at the time, but there’s also the notion of an umbrella, used to protect the woman from the sun, which was pretty hot that day, sitting in front of the Pyramid of the Sun. There’s no great cosmic meaning in that, I suspect, but it adds to the idea of a juxtaposition.

(That’s the thing about photography. Sometimes you don’t always see the other interpretation until after you look at the picture for a few years.)

I’m always looking for juxtapositions in my images. That is, elements in the composition that contrast with each other in interesting or revealing ways. And, in some cases, the juxtaposition involves the elements complementing each other. Either way, a simple photograph ends up a bit more intriguing.

I think you need to consider that point. This world is bursting with beautiful images, so much so that getting eyeballs to stick to yours for any length of time (which these days is measured in microseconds) is really tough. But add in a little juxtaposition and it has the effect of arresting the impulse to blast ahead to the next image. Viewers pause to suss out the meaning or the irony in the shot. It might make them smile, or, gosh, I don’t know—think? Kind of rare, sure, but you can always dream.

The point isn’t so much to get an extra “like” or two but to communicate with the viewer for an extra moment. To create an interesting image that helps add a little clarity to the subject or even make a broader statement about our world. Take the image above from a canyoneering trip in the Nopah Range near Death Valley National Park. The small figure descending the rope shows how large and dramatic the cliffs are.

In other cases, the juxtaposition might create a little tension such as this shot of the elephant seal poking its head up among its dozing buddies as if alert to something. Or the contrast between the statue of three people hugging while a lone person walks by (below). There’s the hint of a story in either image that allows the viewer to participate in what might be happening.

Bottom line: When you pursue juxtapositions, you’ll find that your images start developing layers of meaning, some of which you may not see until long after you’ve processed the picture.

Here are some ideas of what to look for:

One last thing: you may have a great juxtaposition but you need to convey that to the viewer. Here’s where I think simple works best. Make it obvious what you’re trying to show by carving out anything that’s not relevant. Crop, crop, crop. The woman with the umbrella had a young daughter with her who was cute and at one pointing running about, but to throw her into the picture would have just muddled things.

Or, take the opening shot of the two tsessebes photographed in South Africa’s Addo Elephant National Park. I concentrated on the horns for the juxtaposition of their shapes, both similar and different at the same time. No reason to show the entire animals.

Juxtapositions are found and created at the same time. Keep alert to them and then compose to ensure the viewer shares your discovery. It takes practice. But when you get in the habit of looking for juxtapositions, it makes photography even more fun.