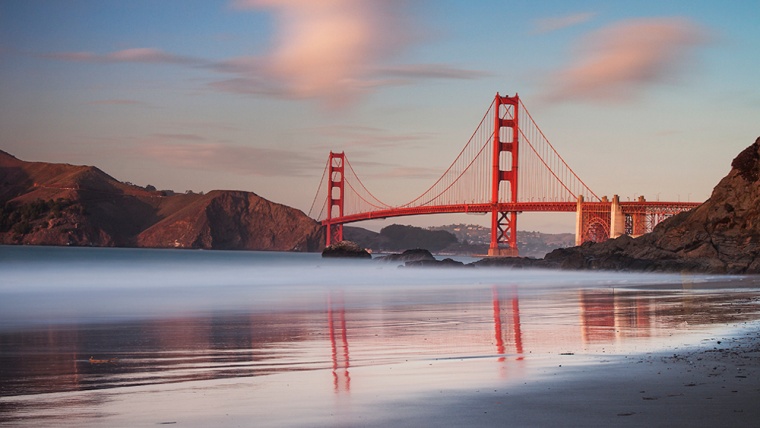 One of the most interesting aspects of traveling within large countries is the variety of landscapes, and even the different cultures that the traveler might experience. In most cases, dividing the country in separate regions and visiting it more than once might be the most sensible thing to do.

United States is definitely one of those countries. Due to the different topography and all the different cultures present, visiting different regions can sometimes feel like being in completely different countries. From the relatively flat East Coast to the mountain ranges of the West Coast, the country is a paradise for landscape and travel photographers alike.

To make it even more attractive, some of the most iconic cities in the world and in this post I want to concentrate in one of the most famous destinations in the West Coast, San Francisco.

Probably, when people think about San Francisco, the first thing that comes to mind is the Golden Gate Bridge. This suspension bridge, with a length of almost 3 km and its iconic orange color, was built in the 1930s and it is visible from most of the north coast of the city.

However, no matter how photogenic the bridge is, San Francisco has a lot more to offer from a photographer’s point of view.

That said, it is still true that a visit to San Francisco without taking at least a couple of photos of the Golden Gate Bridge will feel incomplete. After all, once you return, one of the first thing that people will want to see is the photo of the orange bridge, right? So a few tips on that.

There are different locations from where the bridge can be photographed. In general, these could be listed as Southwest (from Baker Beach, possibly the most popular spot), Southeast (from the northern part of the Presidio park), East (from Alcatraz), Northeast (from Vista Point and the Bay Area Discovery Museum) and Northwest (from Kirby Cove, also a popular spot, or Point Bonita). 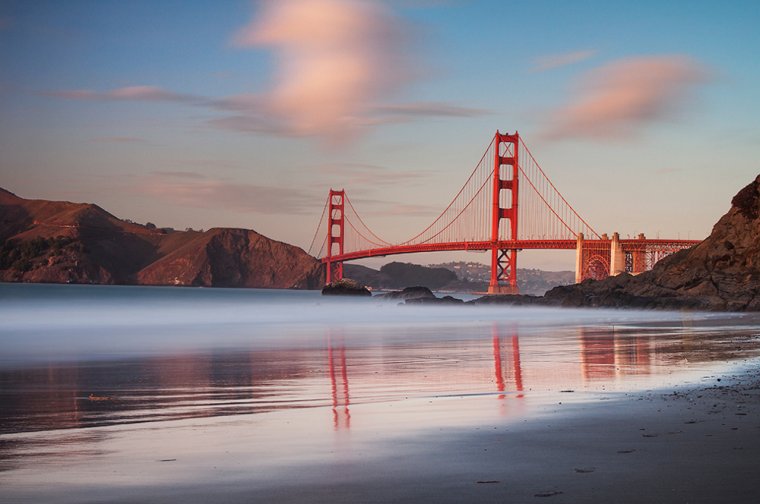 Where to go will depend on different factors (I haven’t been to all those spots myself, basically for lack of time). However, it is good to plan ahead taking into account the direction of the light, how high on the sky the Sun will be, weather, etc.

Connecting San Francisco with Oakland, the less famous Bay Bridge is, I would say, as photogenic as the Golden Gate. There are basically two spots to capture this magnificent structure, namely from the Southwest (the Embarcadero area in San Francisco) and the Northeast (the Yerba Buena Island). From the Yerba Buena Island, there are a couple of famous location, with probably the most photogenic one being, unfortunately, a forbidden one. In the southern part of the island, there is a US Coast Guard base and, if you have seen some photos of the San Francisco skyline below the Bay Bridge, those have most probably been taken from there. Of course, no matter how pretty the photo might look, I would suggest refraining from getting there. 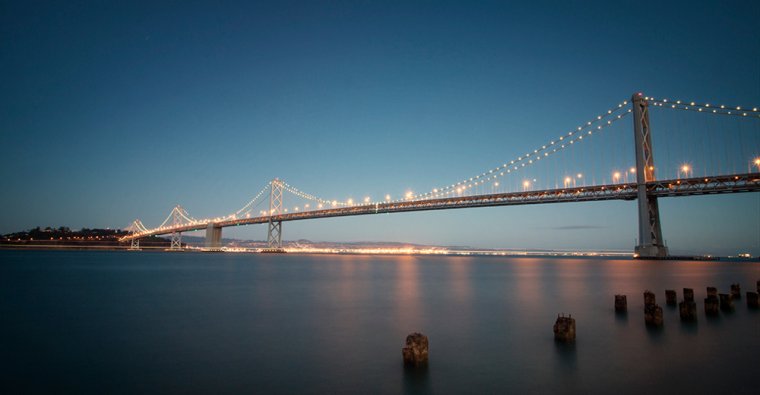 Apart from being a great spot to capture wonderful views of the Bay Bridge, Embarcadero is one of the most touristic areas in the city. Part of the San Francisco Bay Trail (a planned trail that will circle the whole San Francisco Bay area) crosses the Embarcadero, where many restaurants are located, and also some piers that can make for a great photographic subject by themselves, especially by night. 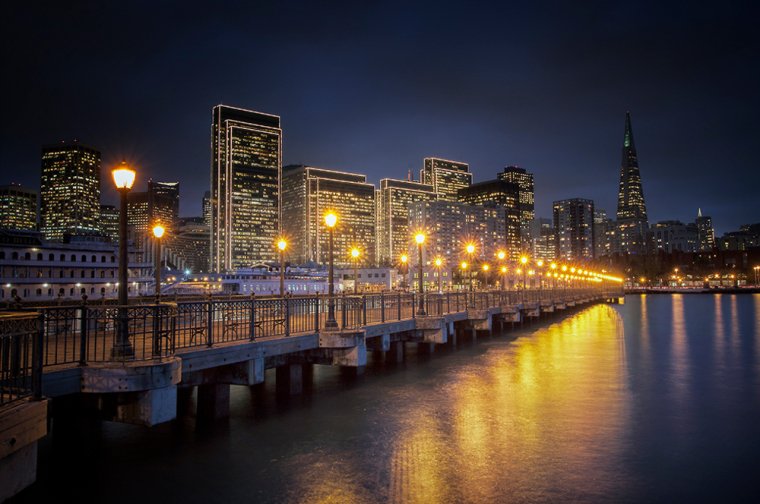 In this area it is also possible to see another of the main attractions of the city, namely the tram system. The small cars can be seen at different locations around San Francisco and, while this might not be the most popular spot (most photos are taken on the many hills of the city), there are definitely some good angles, even with the bridge itself as a background.

On the north of the city lies the Marina. The boats there can provide interesting subjects as well and also the Marina Boulevard, connecting on the west with the Presidio Park, provides some interesting views of both the Golden Gate Bridge and the Alcatraz prison. 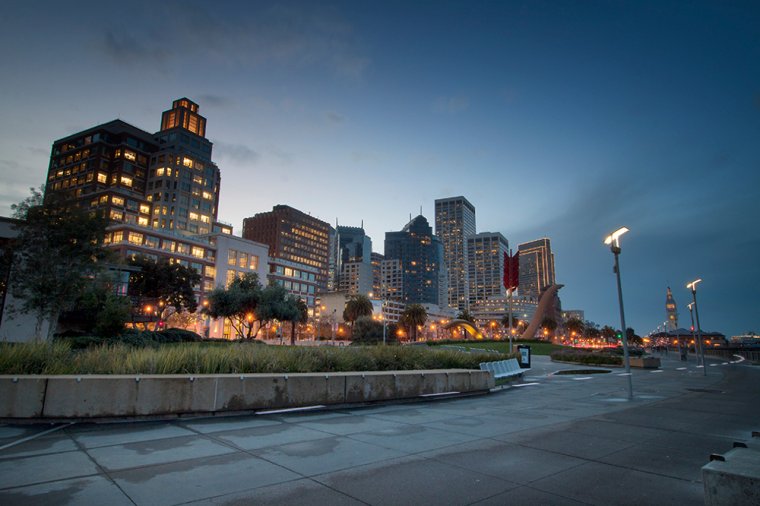 From this part, a view of the city skyline contrasting with the low houses located on the boulevard presents itself as a subject to experiment with as well. If you continue walking westward, you will eventually start climbing up some stairs at the Presidio Park, which will eventually take you to the southern end of the Golden Gate Bridge, which you can cross walking (or by bike) to get an impressive view of the whole bay.

This, of course, is not meant to be a thorough guide to the many locations that can captivate your photographer’s mind in San Francisco. The possibilities are countless, specially if you take into account the different photography styles that people might have. For instance, while my main photographic interest is not street photography, San Francisco is an incredibly cosmopolitan city.

Also, if you plan ahead of time, you can combine a trip to the bay area with some of the national parks that are located nearby such as Yosemite or the Redwood National Park. And given its location, the whole area has a rather mild climate all year round.