The Perks Of A Photojournalism Career In The 21st Century 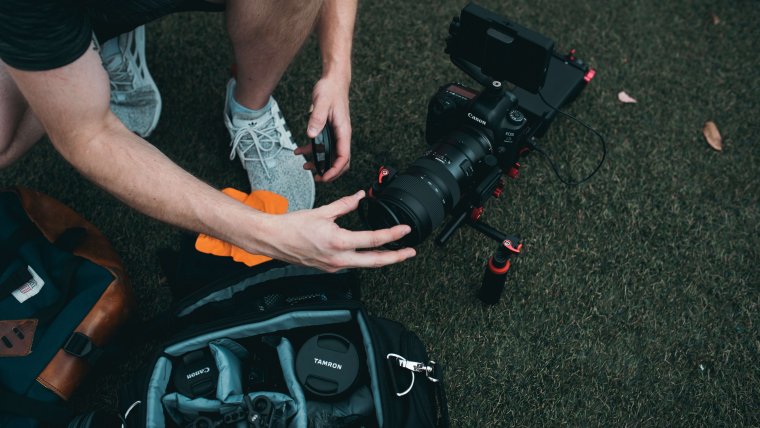 The Perks Of A Photojournalism Career In The 21st Century www.sleeklens.com

I often find it amazing how the art of photography can open so many doors for any individual who’s experienced in the field or looking to become more knowledgeable of it. One of the most important things needed by any individual when making that first step into the field of photography is to first have imagination. As creators, our main power or skill is actually our imagination and how we carry out what we envision. The limits of your imagination are determined only by you and can never be limited by someone else. More and more as years go by we are introduced to new photographers who bring forth a new style of editing and capturing their subjects. This also comes with the steady advancement of the technology that surrounds photography as well and the role it is now playing for experienced and beginner photographers. A career path of photography in this day and age can be very enlightening, difficult, rewarding and so much more. A huge chunk of your career will also be about telling stories through the images you take as well. Photographers are also considered storytellers or even journalist in their own respect. In this article today, we will be combining both of these careers and discussing some of the perks of being a photojournalist in the 21st century. I hope some of the points shared in this article will help to give you an insight into the world of photojournalism and maybe even encourage you to show interest in the field as well. Let’s begin

The first perk of being a photojournalist in this day and age is the opportunity to travel the world. Thousands of significant events happen around the world on a daily basis which you could then be hired to capture. This gives you a chance not only to capture different people in new geographic places but also the chance to learn more as well. The things you learn as a traveling photojournalist might not always be something great but nonetheless becoming knowledgeable of these things are always beneficial in the long run.

These days something around with the world is always changing and something is always happening for the first time. Some of these historical events can be filled with joy. For example, the Toronto Raptors winning their first-ever NBA Championship title this year, since they were established in 1995. The streets in the city of Toronto was flooded with over 2 Million people of all races and ethnicities celebrating a historic achievement. As a photojournalist, you capturing images of these moments will withstand the hands of time as it will be a significant day or event to remember not only in Toronto but around the world as well. The potential for your image or your work rather makes its contribution to history as a photojournalist is highly possible with every image you take.

Connecting with people around the world becomes pretty easy when you’re a photojournalist. You will find yourself meeting new people very often as you attend different invents and interact with those around you that you are taking pictures of. Meeting some of these new people can be enlightening in different ways. Meeting a local gives you the opportunity to understand a little more of what’s happening around you as these people have been experiencing what you are now there to capture. You might also meet someone who can benefit your career in photojournalism by either helping you to improve your work or even recommending you to other news and media outlets as a reliable photojournalist to look out for. The possibilities are endless and you never know what might just happen.

Thank you for stopping by and giving this article a read. I hope it has opened your eyes as to what the world of photojournalism is all about as well as grabbed your interest in pursuing a career in the field. Until next time, take care.