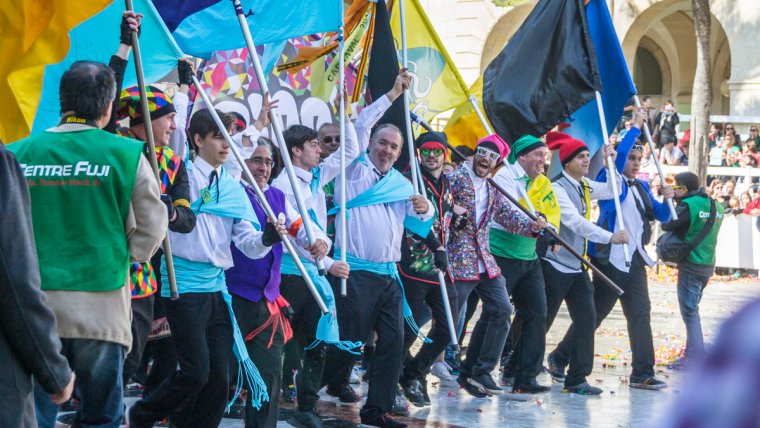 Although winter might look as a gray sad season in many cases, it is not so in Vilanova i la Geltrú, the town where I was born. There are numerous traditional events here which take place in winter.

Vilanova i la Geltrú was formally recognized as a town already in the year 1274. The town is located about 40km south of Barcelona on the coastline known as “Costa Daurada” (the golden coast). It has the third largest port in Catalonia and agriculture and maritime trade are a traditional source of income in the town, however, the main source of income today is an industry. 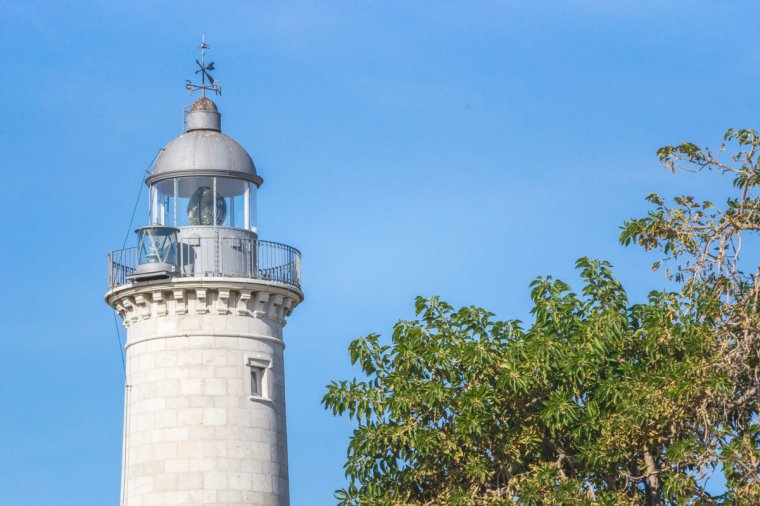 Vilanova i la Geltrú is especially known for its traditional and popular festivals who are among the richest and most varied in Catalonia. The people of Vilanova are well known for their good spirit and enthusiasm for their festivals. The festivals are not held just for fun, they also intensify the sense of belonging to the community which is very consolidated and keeps the Catalan traditions alive.  In fact, Vilanova is the only city in Catalonia able to keep the celebrations of Carnival under the totalitarian regime of Franco. Today, I want to share two traditional winter events that I hope will make you feel like coming to visit.

The Feast of Sant Antoni Abat (Saint Anthony), also known as Tres Tombs, is a festival held every January 17. Sant Antoni Abat is the patron saint of the town and protector of animals. The festival starts with the will of honoring animals such as horses and donkeys for their important role in labor works. In our days all animals are honored. The festivity consists of three rounds of riding, racing, and blessings of the animals.

In the time of the festival and before you can witness processions and correfocs (fire-runs). In the correfoc, groups of people from the town (or invited groups from other towns) dress up as devils and dance in the streets with pitchforks that have fireworks attached to them. Groups of drummers, trumpeters, and other musicians follow the dancing demons and escort them with rhythmic traditional music. Spectators are encouraged to take precautions and not get too close unless they come with protective gear.

There are other traditional performances that usually take place at the weekends before and after San Antoni’s day. Many of them are done by members of the younger population of Vilanova. 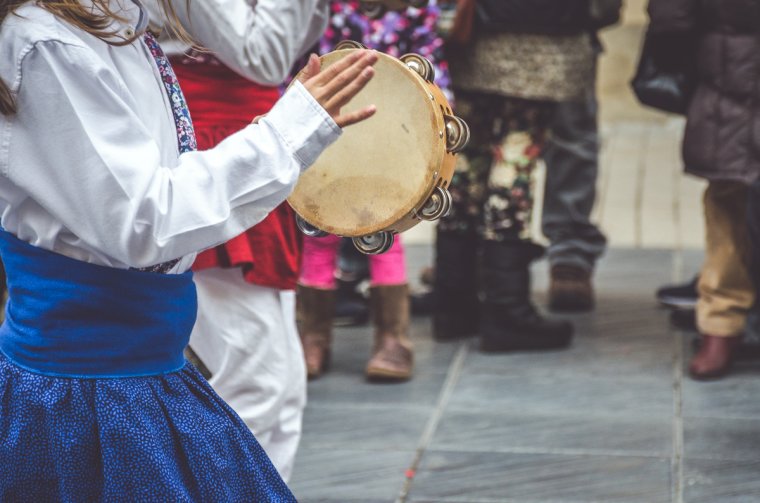 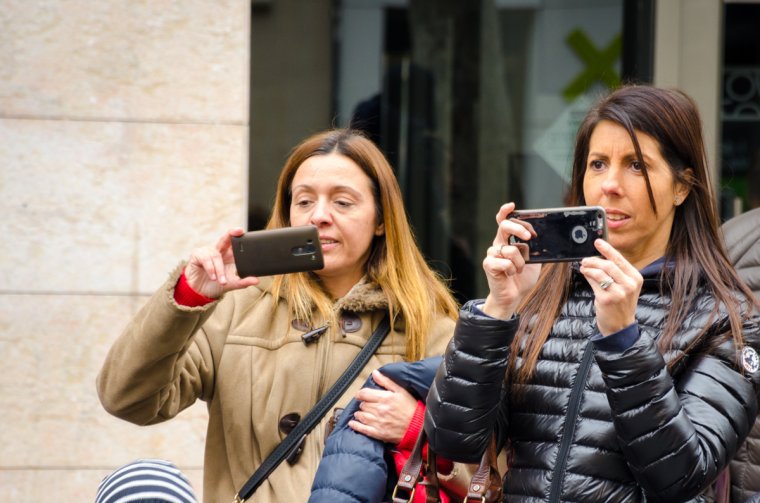 Keep in mind: Depending on the country, laws about publishing photos of people in public spaces might change.  In Spain, it is not allowed to publish photos without the permission of the model. There are some exceptions, such as for journalism or cultural reasons and only when the person is not the main focus of the photo. Street photography encounters here an ethical problem shared by all photographers as my colleague Leonardo Rigole explains in his article “Capturing life: A journey through street photography”.

As a photographer, you have the responsibility to get information about the laws regarding publication of people’s images in each country you visit.  It is true, though, that sometimes the information is quite imprecise and that there are tons of people in the events taking photos with their phones and uploading directly to the social media without even thinking about it.

I personally decided not to upload photos that contain recognizable kids. Photos of details and closeups that don’t show the face can be a good alternative for the photos you want to share online. And about adults, I share their images when I consider them to have a cultural or informative aspect and always in a respectful way. However, if somebody would ask me to remove a photo, I would do so immediately. 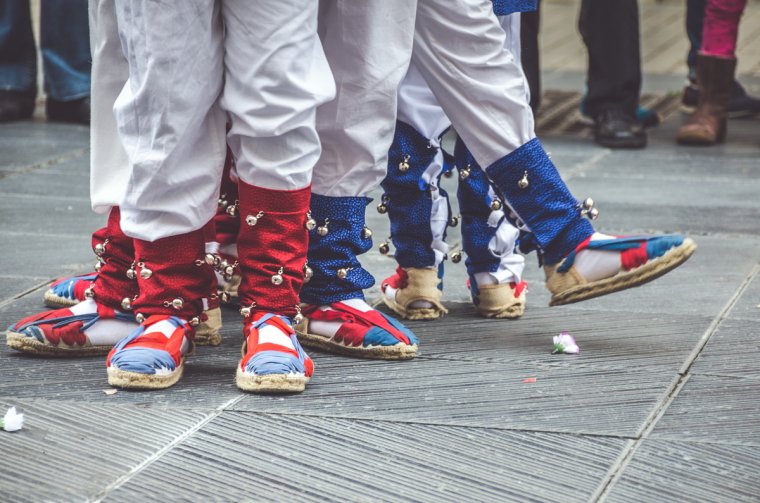 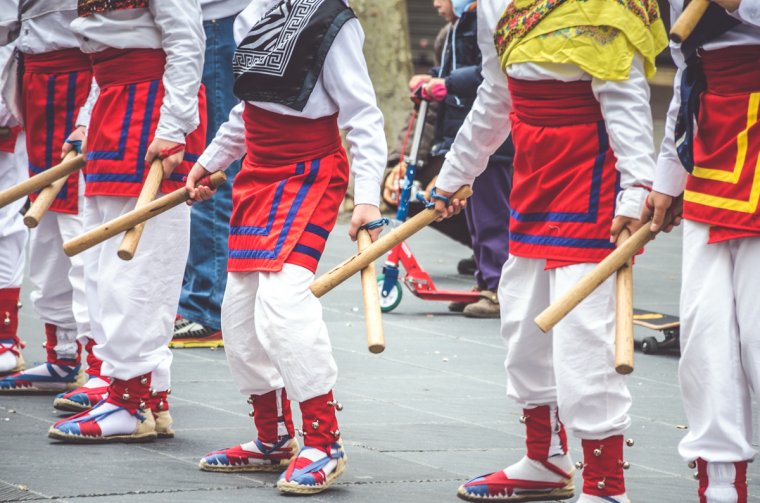 Carnival or “Carnaval” is a festival held in the seven days prior to Lent. The name carnival is associated with the word “carne” (from Latin, meat or flesh). In old times this week was the last week in which people could eat well until spring came; the people were already deep into winter and the food storages were starting to empty. It seems contradictory to have a feast in this period but this was in fact the last days to make use of meat and other rich foods because later they would go bad. Today the holiday is a week long celebration of dances, processions, masquerades, pranks and humorous miss conduct.

The apex of the celebration is at the weekend, on Friday the town’s folks go out to the streets in costumes to watch and take part in processions with music players, iconic characters, and a correfoc. The main event happens on Sunday. It is called Caramelada and it consists of a candy war. Thousands of couples organized in groups walk the streets in traditional clothes and bags with candies. While marching in the streets they wave the flag of their group and sing songs. 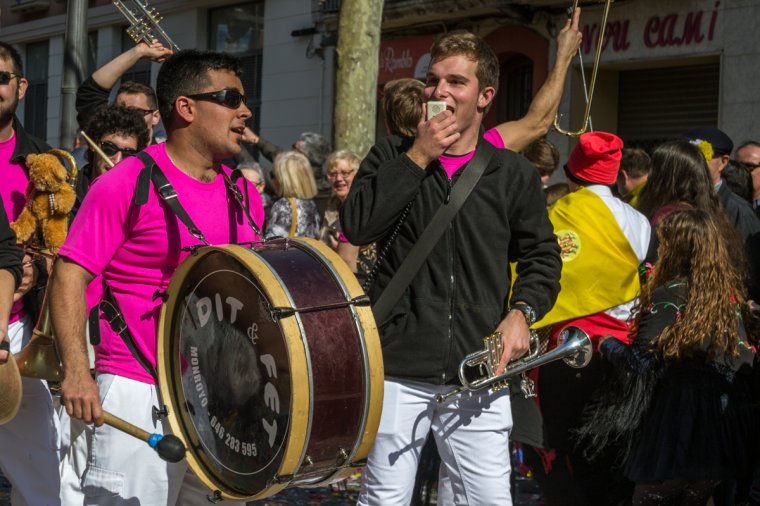 The couples fling sweets at rival group members and “innocent by-standers”. The High event of the day are a series of jubilant candy wars that take place in the town’s main square.

Don’t miss the cleaning staff. They are a spectacle by themselves. 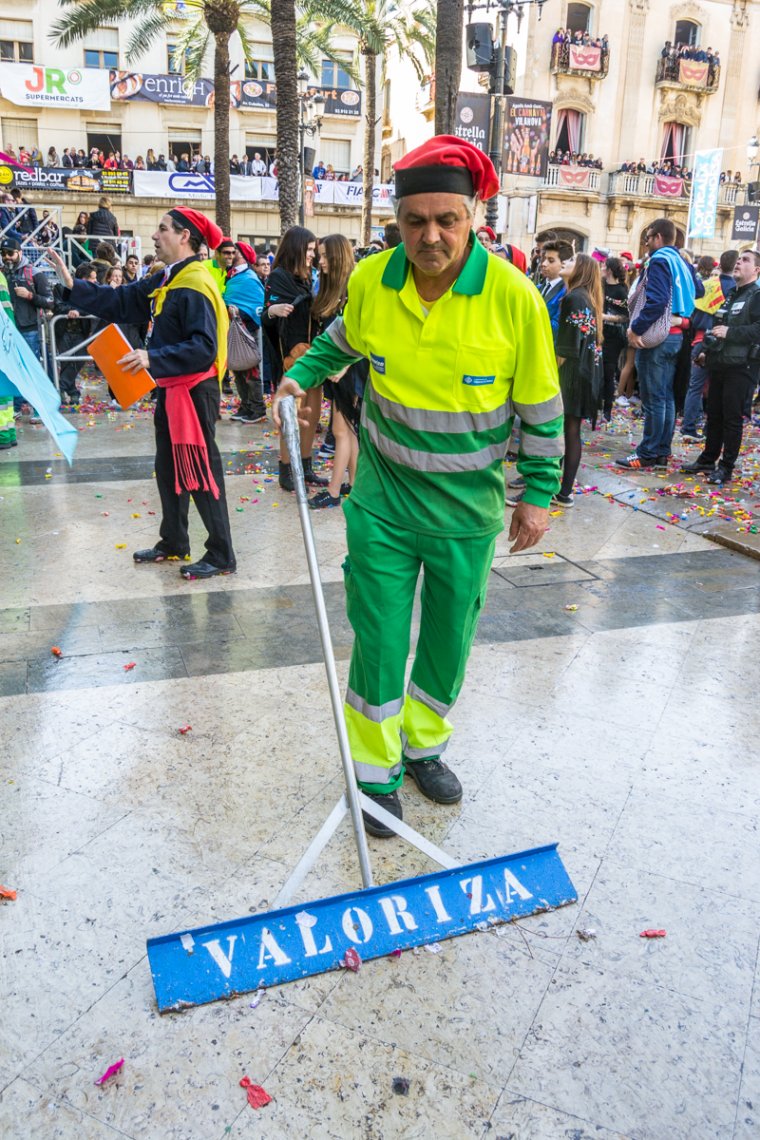 Tips: Protect your lenses with at least a UV filter.  A lot of flying candies end up crashing in your lens in a strong way. The different groups are entering into the square following a schedule. There is a war every half an hour or so, starting usually around 12h. The first ones are the kids. If you want to make sure you have a nice spot in the square to take photos, go there quite early because it gets full pretty quick.

At the end of the Caramelada you will be able to see how the city ends full of candies!! Bring shoes that won’t fall easily apart because the soles will stick to the sugar of the candies! 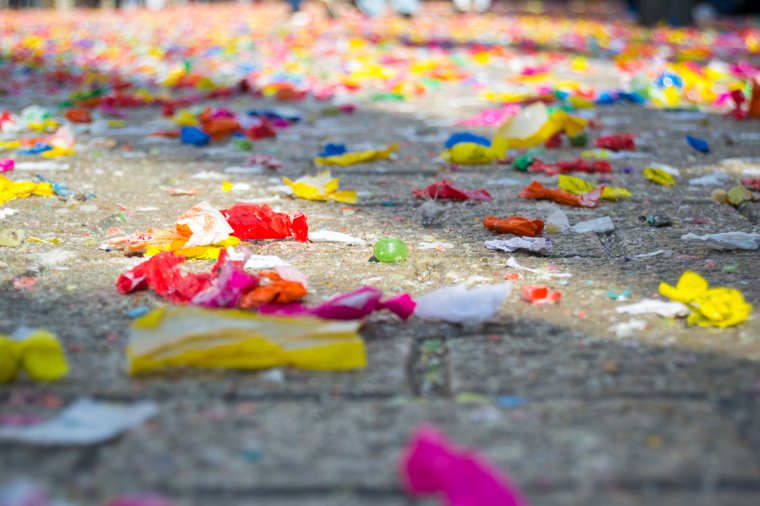 I hope you like the winter celebrations happening in my town! I can assure you they make the winter much more colorful! If you decide to come and visit, if you want to go to Vilanova and have questions or if you want to tell about your own winter traditions please write a comment! Have a happy shooting!!