Lanzarote – A photographer’s point of view 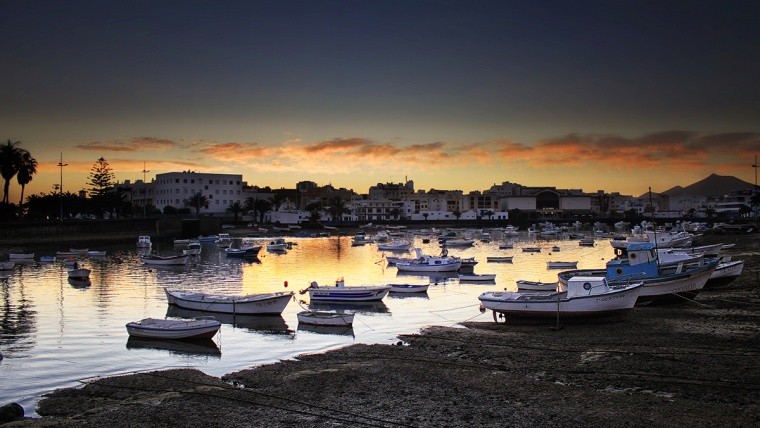 There are few places on Earth where it is possible to observe first hand how active our planet is from a geological perspective. The choices narrow down further if we want the place to be easily accessible. And those requirements put together point inevitably in one direction: Lanzarote.

The easternmost of the Canary Islands, Lanzarote is officially part of Spain, which makes it quite easy to reach it from many European countries. Also, given its touristic interest due to the outworldly landscapes, beautiful beaches and great weather, the offer of flights to its international airport at Arrecife even includes low-cost airlines, making it even more affordable for those living in Europe.

In terms of photography, the variety of landscapes, combined with the weather, Lanzarote is one of those places that will keep you busy for a few days and I particularly found it especially good for shooting panoramas.

With only about 80 km separating the two farthest points in the island (Playa Blanca on the South-West and Orzola on the North-East), renting a car is the best option to experience the volcanic views all over its territory.

Arrecife, the capital of the island and where the airport is located, already provides some interesting views with mostly white houses and a walkway next to the sea pointing in the South-East direction meaning that, if the light conditions are right, wonderful sunrises and colors in the sky during sunset can be captured.

If you start the tour of the island heading East, between Arrecife and Costa Teguise you will find one of the most photographed subjects in Lanzarote, the Temple Hall, a.k.a Telamon. This is a 139 m long Scottish ship that wrecked in 1981 and was left as a shipwreck, making for a great photographic subject that definitely needs to be visited, even with changing light conditions. The colors of the ship against the blue sky provide a great view at any time of the day, but during sunset the warmth of the light enhances the contrast even further, so consider visiting this place more than once during your stay.

In 1730, a large volcanic eruption took place in Lanzarote changing the general aspect of the island and eventually the lifestyle of the islanders themselves. During the violent eruptions, new mountains emerged and nine towns were completely buried and, during a period of six years, volcanic lava extended over a large area and ended up covering about a fourth of the island’s surface.

Due to this dramatic change in the soil, new agriculture techniques needed to be developed in order for the inhabitants of Lanzarote to survive. These two events in parallel gave rise to very particular landscapes that can be observed throughout the whole island, but mostly around the area known as the Timanfaya National Park.

Lanzarote’s geological activity is still present nowadays and the Timanfaya National Park is the best way to feel this. In some areas of the park, the soil is so hot that it is actually dangerous to walk on it and that is why a large section of it can only be visited with guided tours. Also, at the main visitor center there is a restaurant where one can have chicken that is cooked over the heat emanating from the ground!

The remarkable volcanic activity of the island gave birth to another famous landmark located on the west side of the island. The ‘El Golfo’ beach is probably one of the weirdest landscapes in Lanzarote. While the sand on the beach itself is black due to its volcanic origin, 50 meters away from the sea water there is a green lagoon that is actually the remains of the caldera of a volcano that was destroyed during an eruption. The green color of the water is caused by algae living in the salt-rich water.

Another natural wonder created by volcanic activity is the ‘Cueva de los Verdes’. This cave was created about 3,000 years ago by lava flowing from nearby volcanoes towards the sea, so it is what is formally called a lava tube. The cave can be visited with guided tours and it has a tourist-friendly infrastructure inside including artificial illumination. While this kind of takes away the feeling of being inside a nature-created structure, it does convert it into a great photographic subject and one of the spots that you definitely need to visit while on the island.

In the northernmost part of the island, in a high point at 475 m above sea level stands a viewpoint created in 1974 by a well-known local artist called César Manrique. From this point, it is possible to see without any obstruction the entire ‘La Graciosa’ island, the northernmost of the Canary islands with a population of just about 700 people.

Apart from the magnificent view, the structure of the visitor center itself is worth visiting, showing a truthful representation of the characteristic architectural view of César Manrique, whose influence is present in all the island.

So in few words, Lanzarote is one of those places that will leave not only a trace in your memory but also a good amount of photos in your portfolio of which, most probably, many will make it to your list of personal favorites.