Beit She’an: the ruins of ancient city in North Israel 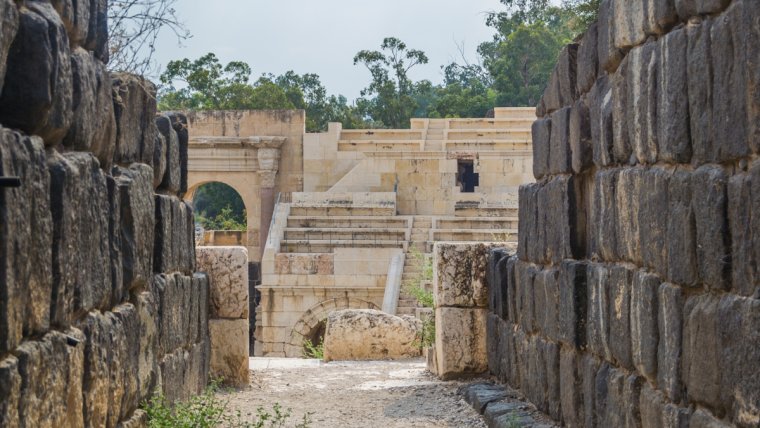 Israel is a small but highly diverse country. You can drive from north to south (the longest distance in the country) in just 6 hours.  If you come to Israel, you will be able to visit mountains, beaches, ancient cities, religious sites, the desert… Your camera won’t have time to rest! Cities like Jerusalem, Tel Aviv or Haifa might be familiar to you. But Israel has also smaller cities that are interesting. One of them is Beit She’an, where you can visit the ruins of an ancient and splendorous city. 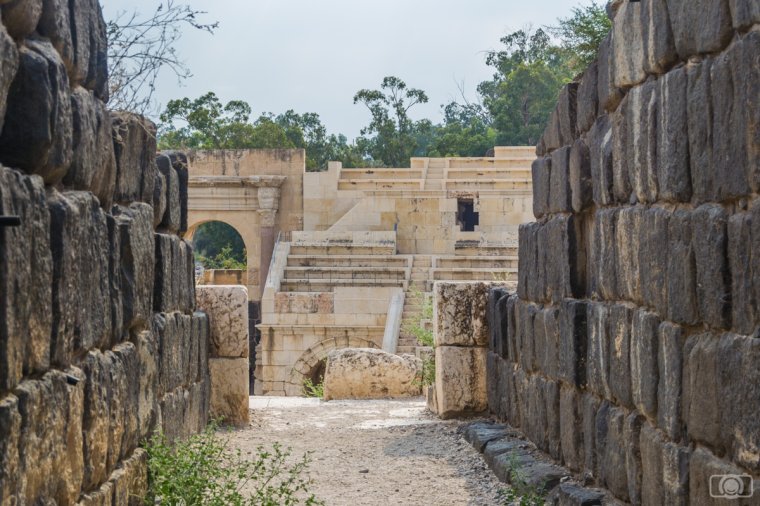 A bit of  Beit She’an’s History

The city has been populated continuously since the 4th millennium BC (some 6000 years ago). Along the years it’s been occupied by many nations such as the Egyptians, Canaanites, Israelites, Assyrians, Hellenists, Romans, Arabs, Crusaders and more. The city has even had several names: Ashe’an, Baysan, Beit She’an and Scythopolis.

Beit She’an reached the peak of its glory under the Roman rule when it was called  Scythopolis and it was the leading settlement among the Greco-Roman cities of cultural importance. The Roman city is characterized by high-level urban planning and luxurious facilities including a theater (the best-preserved theater in ancient Samaria), a hippodrome, a Cardo, bathhouses, public latrines, a brothel and more. On year 749, the city was completely devastated by the Golan earthquake of 749. A few residential neighborhoods were established on top of the ruins, probably by the survivors, however, the city never recovered its magnificence. In the early decades of the 20th-century, excavations started in order to reveal the ruins of the ancient Roman city.

Beit She’an is located in the east of the northern region of Israel. You can get there from any big city in Israel by car, bus or the brand new train line. Today the ruins of the ancient city are a National Park maintained by the Israel Nature and Parks Authority. This means that in order to visit the ruins you will need to take into account the opening hours of the Park.

The visit will take you between 2-4 hours. But taking into account that you are a photographer, it can be even a bit longer. The place is quite bare and doesn’t have many spots with shade, so it can get really hot especially in spring-summer. Bring with you a hat or something to cover your head and lots of water. It is easy to get dehydrated when you are entertained with your camera. In the hot seasons, the light in Israel can be really hard for the most part of the day. If you like taking photos using softer light, try to get to the ruins as early as possible.

When you enter the Park you will find a model that will give you an idea of how the city looked like in its glorious days.,

From this spot the ruins will be spread below you, so it is a good moment to take a panorama.

To your left, in the distance, you will see a complex with a modern day roof. This is one complex of bathhouses. Right in front of you, you will see the long street known as the Cardo (that is the heart of any Roman City) and to the right, you will see the entry to the ancient theater.  You can start the tour in any direction you may prefer, but I recommend you to go first to the theater and spend the hottest hours under the roofs of the bathhouses.

Other places you can’t miss are the public latrines, the Cardo and its shops, the brothel or the bath Houses. 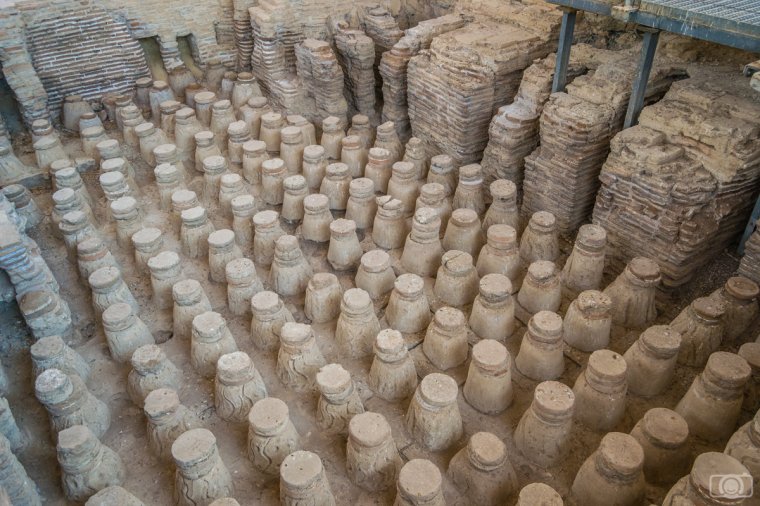 The bathhouse was one of the city’s most important social centers. This is where people was getting clean, but also getting beauty treatments, sought medical aid, participated in sports (like wrestling), and enjoyed many other services. In this photo you can see the floor of the “hot room” the columns supported a second floor (on which the people walked), the room was heated by introducing hot air into the space between the two floors. 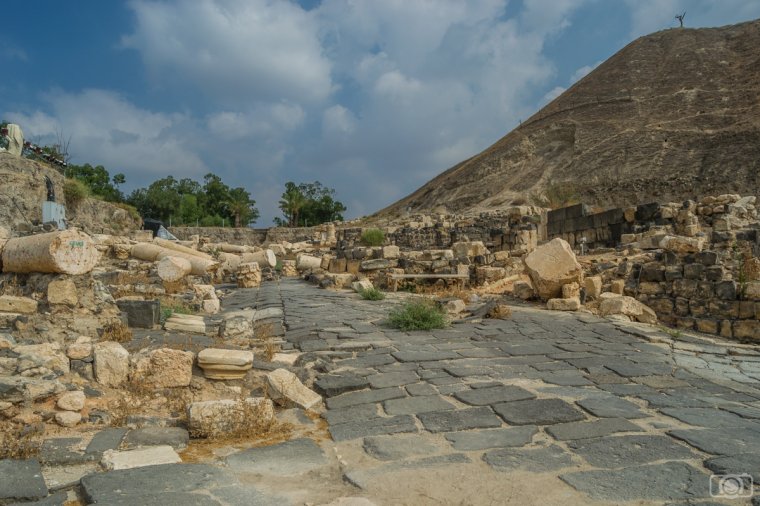 At its end, the Cardo crossed a second main street.  In that point, you could see the marks of the earthquake that devastated the city.

The photographic challenge in the ruins

The biggest photographic challenge you will have in these ruins is to make some order in your composition. An earthquake destroyed the city and it has not been reconstructed, so at some points, it might look like a mess of stones and pieces of buildings.

One way to make a bit of order is to find lines that might lead the composition.

Another suggestion is to use the pieces of buildings to frame other elements.

I hope you liked this ancient roman city. Feel free to contact me with any question about this Park or if you need more information.  Have a happy shooting!!!