A Different Way to Focus: Putting Autofocus in Practice 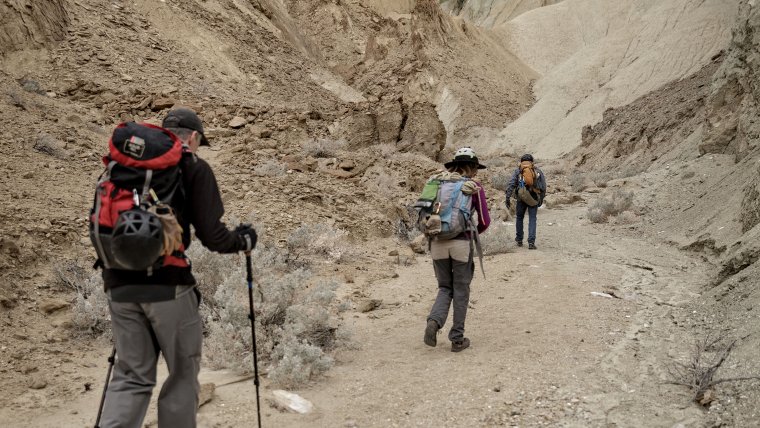 A Different Way to Focus: Putting Autofocus in Practice www.sleeklens.com

All these years I’ve been focusing my camera wrong. Well, okay, I was doing it correctly or my all pictures would be fuzzy. But from a certain perspective, it wasn’t the best way to do it. Up until recently, I focused two ways:

There’s nothing inherently bad with either method, but I finally discovered what is now my preferred focus procedure and it’s with a little button on the back of cameras called by some back button focus or “AF-ON.”

What this button does is focus the lens independently of the shutter button. That means you can focus on your subject with AF-ON while metering with your shutter button. There are several advantages to that which I’ll get to in a minute. But first, you need to configure your camera in order to use it.

With my Canon 1Dx and 5DMIII, this is hidden in plain sight on the Quick Menu. Your camera, if not a Canon, is no doubt different. But keep these two points in mind: designate the shutter button for metering only. That means you can meter off any place in the composition and then hold the button to lock in that exposure without it affecting the focus setting. That’s useful if you have a bright or dark area throwing off the exposure. Say your camera meters primarily the center of the frame and you’re taking a picture of someone with a bright background. You can place the center metering spot on their face, lock in the exposure and recompose. Otherwise, the person’s face may end up under-exposed as the camera tries to properly expose for the background.

After setting the shutter button for exposure only, select the AF-ON button (or whatever it is called for your particular camera system) and configure it to focus the camera. Now when you press the back button focus, you can lock the focus without it affecting the metering which is now performed by the shutter button.

The next part is trickier. You have to train your thumb to seek out the back button focus while your eye is on the viewfinder and do it automatically so you don’t lose any pictures due to fumbling. Trust me, it will take a day or two, but ultimately, it will be second nature to focus with your thumb while your meter with your forefinger on the shutter.

As I said, the back button focus allows you to meter and focus separately, which can come in handy for all kinds of situations where you have contrasty lighting. First, focus on your subject with the AF-ON and then meter where you need to with the shutter button. Keep pressing that, recompose and then fire away.

You can select continuous focus or single shot by how you operate the back button focus. First, configure the AF Drive for continuous mode (“AI Servo” on the Canon). Then, if you want single shot, focus on your subject with the back button focus and let go. The focus is locked in and won’t change no matter where you place the focus points. That’s obviously handy when you want to quickly focus on the subject and then recompose. If you’re photographing a moving subject such as a runner or bird, then you hold down the back button focus and, depending on how good your focus system is, the camera should keep the subject continually in focus while it moves about the frame.

I suppose the only caveat here is not all cameras include a back button focus, so you have to check your camera manual to see if it’s an option.

Once again, this will take a little practice before you develop the appropriate muscle memory to work with the back button focus automatically, but once you do, I have a feeling you won’t want to go back to using the shutter button for focusing.