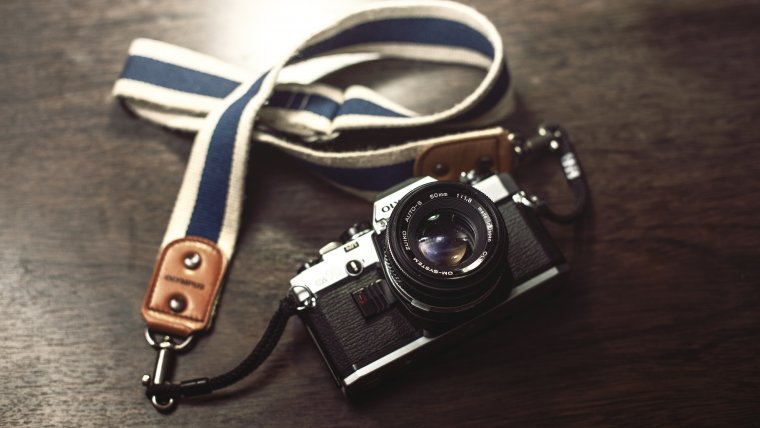 As you may have read from the news, Olympus quits the camera business despite its successful history in the industry. You can say it comes as a shocker given the fact they’ve been in the industry for 84 years, but talk about 2020 and anything is possible. What does this news mean for the average photographer?

One of the biggest reasons why Olympus Imaging opted out is pointed to the smartphone’s role in photography, both amateur and professional. While we can say that’s not accurate, as there’s no comparison point on mirrorless cameras vs smartphones. Compact cameras can be put under quotation marks as useful these days, although they still prove to be efficient, no smartphone known these days can compete with cameras like the Olympus Tough TG-5 and TG-6 when it comes to underwater photography.

The confusion comes as people believe the megapixel count is the only factor in defining image quality. Huge NO to that statement.
Image quality is purely defined by a combination of the lens used and the sensor your camera sports. Olympus is the champion of the micro four thirds system, still an open format and the flagship of both Olympus and Panasonic that doesn’t leave room for the mirror box and pentaprism, thus facilitating a smaller-sized body and delivers a flange focal distance of 19.5mm. Brands that have also explored the micro four thirds system in camera production are Kodak – for digital photography, DJI, JVC, Sharp, and Xiaomi – for videography. It has become a cult-format for many, especially travel photographers given the advantages of wearing a lighter camera body, not to mention that highly respected brands as Sigma, Tamron, and Tokina are builders of lenses for this particular kind of mount.

How do smartphones compete then? The answer is the instant lifestyle many youngsters prefer to live. Photos are not as “enjoyed” as what happened 20 years ago by teens who were keen on the hobby, though that would also prove to be a stupid generalization. My point here is whereas we needed to wait for “the moment”, calculate the values for aperture and shutter speed, watch not to ruin it by taking an out of focus picture, and the whole post-production process, teens these days take a snap of a moment as simple as taking their phone out and tapping on the screen. No questions asked, if it was shaken then you can take as many times as you want (or as the internal storage avails); so the answer is yes, smartphones prove to be a killer to most of the compact cameras produced to date that are aimed for amateurs as they can bypass many of the steps and instantly share it to social media after applying a filter or two.

I still remember my first digital camera, an Olympus Stylus 600, with its odd memory card format that I was helpful I purchased it at the same time, as not all the stores had xD cards in 2006. Believe it or not, it still works. Back then, it didn’t matter the extra step that was needed to get the pictures – bridging the camera with a USB cable to download the photos – as xD cards didn’t boost many compatible card readers to be instantly downloaded. That was one of the reasons why Olympus moved from this particular format (limited to 2GB capacity) to the SD card industry standard.

Despite the upgrades, the niche they created for gear, Olympus Imaging felt this chapter reached its end. They prefer to venture into the medical aspect of imaging solutions. Smartphone photography evolved quicker than expected to expose a potential threat in volume sales per year, so instead of watching the whole thing crumbling down, they opted for giving the chance to a new company to take the leap. This is where Japanese Industry Partners (JIP) enter the game.

This other Japanese company is going to take over where Olympus Imaging left – and it remains a question if JIP is planning to continue with Zuiko as well – and once thing certain is the Japanese standards when technology comes. It’s part of their constant-improvement philosophy and the pursuit for perfection: if JIP weren’t sure about their capabilities on how to continue a legendary brand of products, they wouldn’t even consider the challenge. Pandemic aside, when the world gets back to its “normal” status we’ll see how far will JIP take the current Olympus brand.

What does this mean for users worldwide?

If you are an Olympus fan, first don’t fret. Despite the apparent chaos the news created, the cameras remain available to the market, same with the Zuiko lenses. We can expect two possible outcomes for this: First, that Olympus cameras become a new cult object, with prices rising for the PEN and OM-D series – not enough to match with Leica cams, but substantial enough to label them as “pricey”. That would also imply that JIP won’t continue the production of the not-so-old and the current product lines, and opt for a new line of products according to their view. Since the pandemic has affected the transaction to take full effect, Olympus released a statement where they will follow up closely the transition process with JIP, ensuring that customers get support and product/services whenever they need it, hence we can assume this scenario won’t happen.

The second option is that Olympus cameras keep their production line intact, discontinuing products as usually expected, but releasing new attractive offers to compete in the 2020 onwards photography gear industry. That’s a very viable option when we consider that JIP is the current owner of what’s formally known as Sony VAIO laptops – renaming the product as VAIO for a brand, with successful results as the VAIO SX14. Keep in mind that the VAIO website doesn’t do any mention of previous products, even if that’s not surprising as Sony may keep the patents for the products, or considering that laptops do get totally discontinued after some time, unlike cameras.

If you were considering to purchase an Olympus camera, go ahead. You can complain about some aspects where Olympus is behind competitors (especially where video comes into the equation), but still, I trust you did your research enough to believe an Olympus camera is the best choice for you. Professional and semi-professional lines as PEN and OM-D won’t be suffering any difference for the current term, and you can get countless lenses/accessories, either new or used, around the internet.

However, if this situation doesn’t seem to be trusty enough for you, Panasonic comes as the alternative as they are the main competitor for Olympus when it comes to the micro four thirds format. They keep releasing new gear on a consistent basis, there are news about the upcoming GH6 release for the first months of 2021, so there’s plenty of stories to write there.

I hope this article has given you an insight into Olympus cameras current status and see you next time!

Rating: 4.67 based on 3 Ratings
The following two tabs change content below.

Cecil Faulkner is a professional writer, CS major with a passion for photography. Based in Brisbane, AU, experiencing life through a lens.