Ego in the Exhibition: A Photographer’s Pride 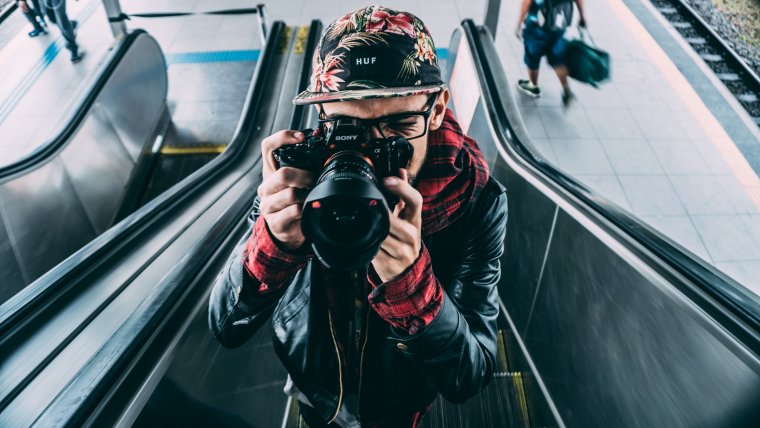 Ego in the Exhibition: A Photographer’s Pride www.sleeklens.com

A few days ago came to our hands an article that spoke of the insuperable benefits of one of the new cameras of a particular brand and, along with it, an exhibition of the work done with it.

Although our main focus is on mobile phones, we always like to participate in these events to find ways to count, meet people and perhaps make friends. After arriving at the place, we saw that there were many photographers, some known for prizes like the WPP, and we tried to talk to some of them, to ask what they thought about the cameras of the mobiles and if they used them for their work, how they did it.

The disappointment we took was such, that we decided to meet just after the event to discuss some ideas and write this article. Our intention is not to criticize the way people are, it depends on each one, however, whether about the little involvement of some photographers in building a profession and, more sadly, the growth of a generalized ego between much Photographers, who believe that they are part of an irrefutable circle and transmit this to the new generations.

We want to clarify that, according to our perception, there are two forms of ego, an inclusive one in which the person flaunts what he knows, but shares and discusses. Another form is that of the excluding ego, which brings nothing. It is this suspicious ego of which we speak.

As we discussed, during the meeting our intention was to try to talk to some of the photographers who were there. For those who go to this type of exhibitions, here in Spain, it is well known that there are always, on the one hand, known photographers, who in these events meet as small closed capsules that are difficult to access.

On the other hand, there are new photographers whose intention is to go and cross a couple of words or ask advice from these referring photographers. This is our case and the answer was very clear: if you do not have a name in photography I do not want to talk to you. Of course, there were some others who, at least, greeted, but with the passage of two seconds he turned to the people of interest.

This, while causing us some discomfort, is not the focus of our disappointment. In fact, a little we took for granted after some previous experiences. Our disappointment first appears with the responses of some of them to the moving subject and to the comments of the new photographers who, apparently, already believe to belong to these circles and despise the others.

Let’s go with the first point, after talking with 4 or 5 people about the themes of their work and receive sharp answers, with little interest, we decided to go to the heart of our doubt about the use of mobile media. The answers were quick, mocking about “using real cameras”, expressions like “we are talking about photography as a profession and not as a hobby” and even terms such as I use “professional cameras“. To see if the latter at some point find out that the professionals are them and not their cameras.

Now, leaving this topic aside and understanding that there are few photographers who can understand the camera of a mobile as a serious device for photographic registration, we move on to the next point, which is the one that most concerns us.

What is the example that experienced photographers are giving to those who enter this profession? The evasion to the debate, the incapacity of argumentation and the creation of micro groups that look for to take control of the photography in this country, is generating that the young, having a minimum of contact with these groups, despite to the other photographers, For the simple fact of feeling superior.

And the saddest thing of the case is this type of questions did not come from one, or from two people, many had a similar approach.

But the basis of the reflection, as we put it at the beginning, is not the specific situations of each young person, but the mass thinking that is being imposed on the photographic market: more vouchers if you have won more prizes, you are better photographer if you are better known, you are a better photographer if you have a better camera and eye, if you use a mobile, which is not a “professional camera”, you are not a professional.

Our idea: photographers are worth, in the first place, if they are good people. We must stop evaluating ourselves as professionals, but the world will be full of good professionals, but not necessarily good people. Second, if we are to evaluate the profession, we must value what counts the images, not the prizes. In the end, contests are there every day and have become, over time, a business. Third and finally, no matter what medium you use to make your photographs, what matters is what your work says, the rest is anecdotal.