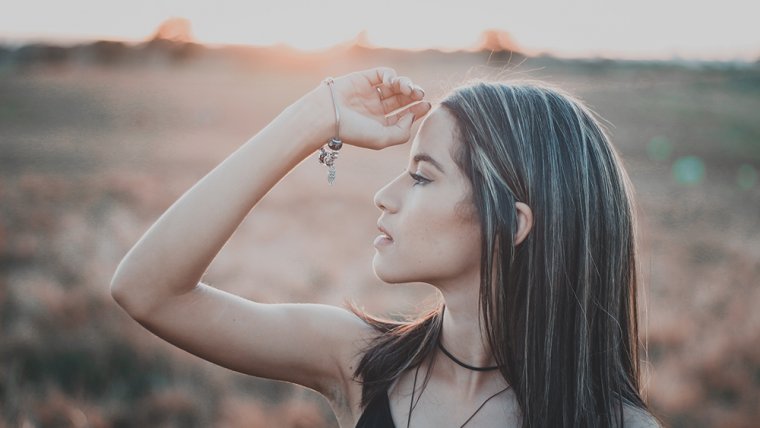 In portrait photography, posing can be both tricky and fun. To make your photo shoot a stress-free experience, you can download posing guides, get to know your model’s best angles, and make them mimic your own photography poses.

One of the best ways to avoid unflattering photos is to know what to avoid.

Here are some portrait poses your model should avoid, no matter who they are.

Shooting From a Very Low Angle While Your Model Looks Down

Looking down isn’t a problem. In fact, it looks incredible in most photos because of its emotional and mysterious effect. Shooting from a low angle isn’t the problem either, because low-angle images are usually atmospheric and creative.

The problem begins when you model look straight down at the camera while you shoot from a low angle. You don’t want to create double chins where they don’t exist, but you also want to experiment with unusual points of view.

To improve this photo pose, ask your model to look down with their eyes without moving their head. They can tilt their head to the side, but they should avoid moving their entire head downwards.

Squeezing Your Arm Against Your Body 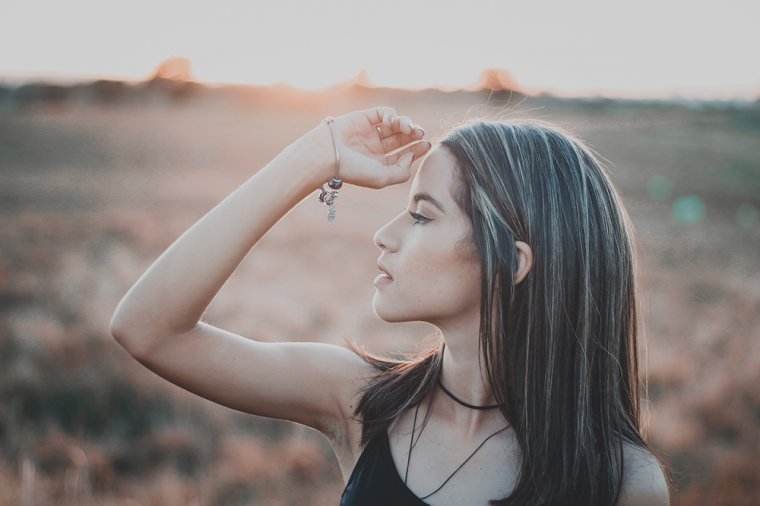 You can fix this by creating triangles. Use the image of the female model above as reference. Basically, all your model has to do is create triangular shapes with their arm. This means holding their arms out naturally or bending them a little. They can even look in the direction of their arm so that the pose looks as emotive or as natural as possible.

You can experiment with this yourself before the photo shoot or find an arm posing guide. 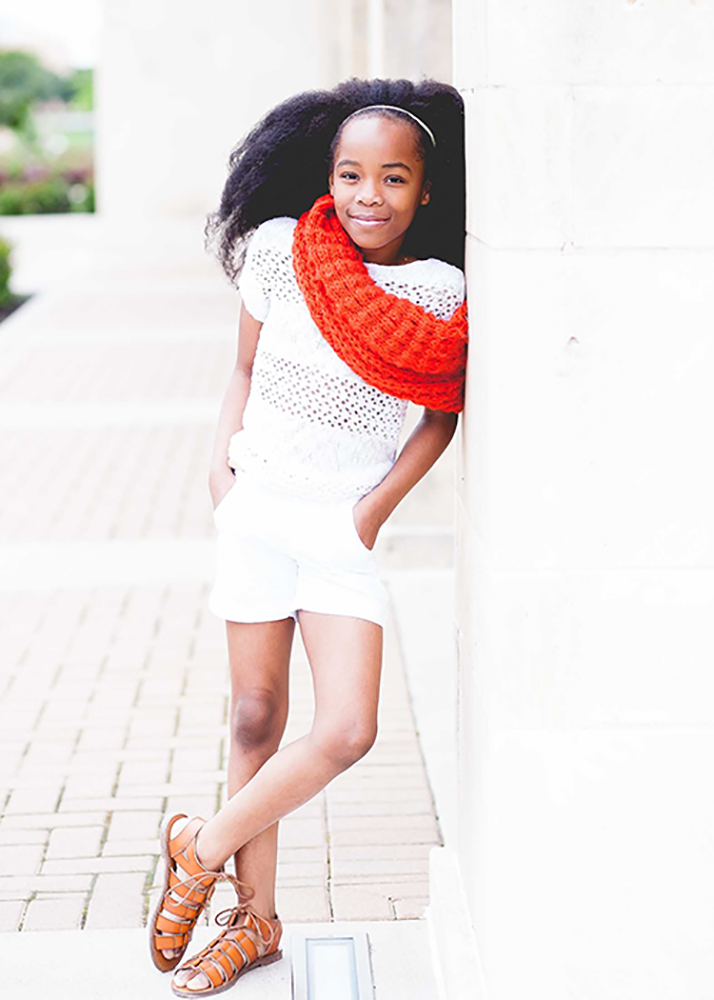 If you stand like a toy soldier with your hands and feet together, you’ll look awkward. You want your portrait session to be as expressive and as creative as possible, and your model’s body has to clearly show that.

Ask your model to cross their legs, hold one leg in front of the other (as pictured above), or dance around like no one’s watching. These candid moments will help you take natural and funny photos.

For an extra oomph, have them lean against a wall. This will create a great pose that looks relaxed and confident.

Doing Nothing With Your Hands 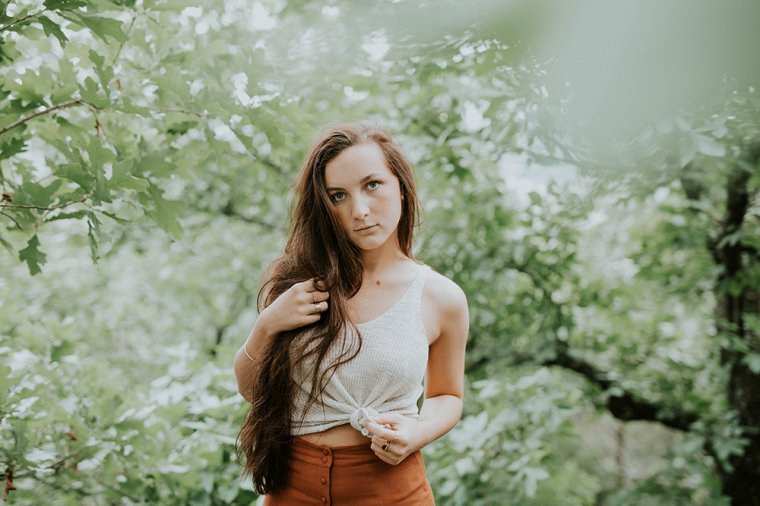 It’s hard to tell a story when your body language is saying nothing.

Have them touch their face, reach out to the camera, run their hands through their hair, and so on. It sounds awkward when you read it, but it’s actually a very effective way to make someone relax and creates a flattering pose.

Dramatically Looking Over Your Shoulder 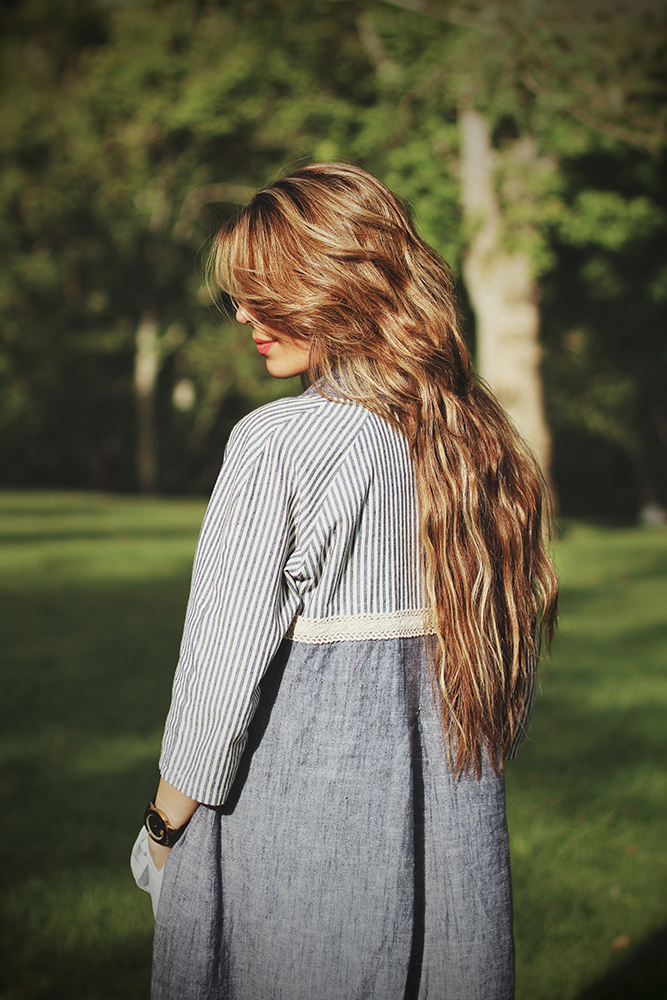 If your model turns around dramatically, they’ll have a lot of rolls on their neck. This is natural, but it doesn’t always look great in pictures.

You can avoid this by hiding their neck with their hair. You can also ask them to look over their shoulder in a more subtle way or not move their head around completely. It’s sounds like a simple pose, but it will dramatically improve the portrait.

Leaning Into the Camera

Any camera lens will distort anything that’s very close to it, especially if it’s a wide-angle lens. You can use this to take humorous and creative photos of people, objects, and places.

When it comes to portrait photography, this isn’t always acceptable. Unless you want to take funny photos, avoid getting too close to your model. Make sure they’re not leaning into the camera so that their body parts don’t look bigger or smaller than others.

You can also use a zoom lens to take perfect photos of your model from a distance.

Posing doesn’t have to be intimidating and challenging. As long as you know what to avoid, you’ll be able to take appealing photos of anyone that stands in front of your camera.

Poses with arms stiff/straight down

If you’re photographing a family with everyone standing, their natural tendency will be to stand stiffly with their arms straight down at their sides, facing the camera. One idea to avoid this firing squad pose is to position family members in ways that connect them in a visually interesting way. For example, not everyone needs to look at the camera – parents can look down at children, and children can look at parents or beloved family pets. Family members can lean on one another, put arms around one another’s waists, and small children can sit on parents’ shoulders as they pose. Photos are generally more visually appealing when subjects look elsewhere within the frame, rather than always facing the camera lens.

If you’re in a setting that allows for it, a great pose is having family members lean against something, which helps push people into more relaxed poses – fence posts make a great prop for leaning, for example. Another pose idea: ask the family to interact casually with one another while your camera steadily snaps. This helps make everyone feel relaxed and it reduces the formality and stiffness often associated with a family portrait session.

Side by Side Seating

Maybe you’re trying to avoid the traps of the stiff-armed standup pose by taking a seated portrait. This can be a good pose – just be careful to avoid the uninspiring composition of having everyone sit side by side in a row. This is just a seated version of the same firing squad composition. Whenever possible, try to compose your subjects so that the outline of their bodies ultimately forms a triangle.

Here’s a tip: Experiment with different posing arrangements that have family members lean against each other, lay heads in laps, wrap arms around each other, or otherwise break up the line of bodies seated in a row. You also can experiment with a different angle like shooting from above or below the family to add some visual interest. And remember – not everyone needs to look into the camera.

This is another pose that adds an unnecessary sense of stiffness and formality to a photo that should convey warmth and family closeness. An idea to remedy this is to have parents pick up small children, put them in their laps or on their shoulders, or snuggle them close. Or have parents get down on the same level as their children and interact with them for a really different pose.

This is a family portrait, so it makes sense that the family’s affection should shine through in their pose. You shouldn’t see wide, awkward gaps. One idea is to have family members stand close and actually touch each other – hold hands, lean heads on shoulders, and put arms around each other. A great pose like one of these can convey a much better sense of family bonds and affection.

For a more visually interesting pose, avoid the stair-step composition – lining up your subjects from tallest to shortest or vice versa. You’ll get a much more interesting effect from mixing everyone together so that the tops of heads don’t form in a clear, geometric line. Adding levels throughout the composition is a much more pleasing visual effect.

If you’re trying to get the best shots of a couple – particularly wedding photography shots – you also have a few points to keep in mind. There’s a fine line between intimate and awkward, so take note of the couple poses below to stay away from if you’re taking a wedding photo.

Just don’t do it – it’s a terrible idea. We’ve all seen the over-posed, cheesy photos of model couples staring fondly into each other’s eyes. It’s a pose that’s overused and it strikes the wrong tone. Instead, try posing the lucky couple close together, or even in a loose embrace, but have them look somewhere else other than directly into each other’s eyes – off to the side of their partner, down at their hands or flowers, or even off into the distance. Or one partner can look into the camera while the other partner gazes at them – it’s a much more natural and flattering pose.

These wedding photos will create memories for years to come – you want them to feel loving and intimate, so make sure to close up any negative space between the couple, especially around the hips. Having too much of a gap between the hips makes for an awkward and stodgy shot, which is the opposite of the casual and affectionate vibe you’re going for. Just make sure to watch for this as you set up your couple poses so that you can move the model couple closer together if you need to.

Photo subjects tend to do weird things with their hands, especially if they’re nervous, so hand poses can be hard. Watch out for shots in which anyone makes a fist or claw or even holds too tightly to their partner’s hand or arm. One idea to help – have your subjects shake out their hands or walk around for a bit to loosen up and relax.

The close cousin of the tight grip is the splayed fingers pose. If a model in your shot has hands wide open with fingers stretching out, the result is distracting and awkward, to say the least. See the same remedies as for the tight grip – it’s all about relaxing and finding a natural way for the hands to rest.