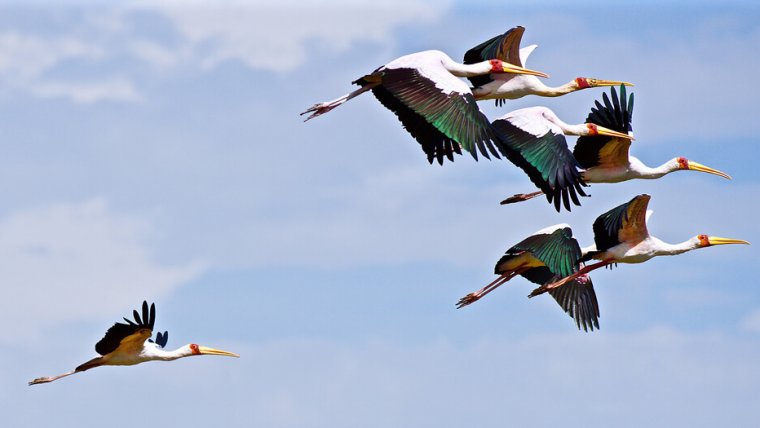 Welcome to another episode of Photographer Spotlight, this time I’d like to welcome Larry Laverty, a wildlife photographer, and actor from the United States. He shows absolutely astonishing & amazing wildlife pictures and in this exclusive interview you’ll find out more about Larry’s passion.

1) Tell us about yourself, where are you from?  How, when, and why did you get into photography?
Larry:  When I was five years old, my parents gave me a little camera for Christmas.  It became my most cherished belonging.  At the same time, I’d become accustomed to being around a camera and photography as my dad, Gordon Laverty, was an avid photographer.Prior to my birth, he’d documented his days in the Pacific during World War II and a photograph he took of General Douglas Mac Arthur currently hangs in a museum in Washington D.C.  My dad and his camera was ever-present throughout much of my childhood.

During my early teens, I took my own camera by documenting backpacking trips to the Sierra Mountains including any wildlife I came across. Oakland, California, U.S.A. was my home then, and now later in life, it’s my home again.  Oakland, despite its very urban reputation, interfaces with adjacent parkland and as long as I’ve lived here, that open space has brought me great peace of mind and a connection to wildlife.

For thirty years, I was involved in a Hollywood career that put me in front of cameras, but five years ago my life changed in a big way. In a very random fashion, I learned about the first Global March for Elephants (2013), intended to call attention to the ivory trade that was threatening to wipe out all of Africa’s elephants.  I marched.  For the first time I’d protested anything, I marched.  As the days following that day unfolded, I grew increasingly outraged at the massacre and the human greed.  I learned more about elephants.  I spoke up on their behalf.

Then I traveled to Africa to begin spending time with them in order to understand them.  A camera and lenses went with me.  To date, I’ve spent six months out in the bush and in the jungle with elephants, photographing their behavior, studying their interactions.  At first, I shared my experiences and photographs via Facebook. Day by day, more and more Facebook folks took notice of how I saw elephants and a following grew. Folks offered to buy the images they saw. Conservation groups wanted to utilize the images in their campaigns.  A book of my elephant images was suggested which led to Elephant Sunrise, a table-top book of photographs and essays which is about to be published. I got back into photography for the elephants and its the elephants that fuel my passion to carry camera equipment around again.

2) Who or what inspires you to do what you do and why?
Larry:  At one time, only a few centuries ago, over 20 million elephants roamed throughout Africa.  As Mediterranean civilizations and European explorers exploited the wealth of Africa, elephants began dying at an increasing rate.  By the 19th century, elephants were being killed, their tusks harvested for ivory, by a human industry that involved thousands of men and diabolical efficiency.  Ironically during this period, humans were also coming to realize the intelligence and emotional depth of these beings on a widespread scale for the first time.

Hundreds of baby elephants were stolen from their mothers and shipped off to zoos and circuses to entertain the human masses around the world.  Today, fewer than 400,000 elephants survive in all of Africa. It’s the tragedy of this slaughter of such advanced beings that drives me to carry my camera gear to the other side of the world.  I want to record the majesty and the love that I see.  I want to elevate humanity’s awareness of these souls and hopefully in doing so contribute to saving those elephants who remain.

3) Are there any places that you’d like to visit to take photos?
Larry:  I’ve traveled to 10 different African countries to photograph elephants to date.  Remaining in my mind from near the beginning of this adventure is the elephants who continue to survive in the war-torn nation of Mali.  There are less than 300 of them left, the northern-most elephants in Africa today.  Surrounding their desert range are militias, terrorists, bandits, and Islamic Extremists, all of whom would love to get their hands on ivory in order to buy more guns and ammunition.

Photographing them in any meaningful way is out of the question but some part of me would still appreciate the opportunity.  Similarly, I think of traveling back in time to the age when elephants dominated the landscape of Africa.  Imagine!  A day when over 20 million elephants lived on the continent!  I think of a day when elephants lived without the widespread reason to fear Man, a day when they commonly would have approached Man simply out of curiosity.  Oh, the photographs that could be created!

4) What’s the favorite photo you’ve taken and why?
Larry:  In the nation of Central African Republic, during the final hour of my final day spent with the elephants there, I was photographing a mother and child about 50 meters away when I became aware of leaves rustling and the occasional breaking of a branch in a large shrub about 3 meters away.  I gave an irritated glance over to see what the distracting racket was all about.  It was a hungry mama elephant busy at work reducing the shrub to stalks.  We looked at each other, casually at first.

Then it seemed to dawn on each of us that we were operating within the other’s comfort zone.  The ranger with me was in a bit of a panic but I ignored him and so did the mama elephant.  That elephant and I somehow made peace with each other as she continued to eat and I wheeled around my lens on its tripod to get a few images of her.  With the lens I had going I could only get a portion of her but those images and those moments will always be among my most appreciated.

5) What’s the most challenging part of being a wildlife photographer?
Larry:  For me, the travel involved in order to get to the elephants of Africa is the biggest bugaboo.  There’s always a minimum of two long back-to-back international flights involved and sometimes as many as five flights required as I originate in Oakland, California.  But despite the financial cost and physical discomfort of getting there, I know the reward at the other end will be with me the rest of my life.

6) What are your future photography goals?
Larry:  It’s my hope to make it over to Africa to be with elephants once each and every year for the rest of my life. In the process, I’ll simply pick up where I left off with them the last trip, calmly settling into their company, winning their trust, and recording their activities with my camera.  In the nearer future though, I’m soon to be publishing my first table-top photo book, on Africa’s elephants, Elephant Sunrise, and secure the broadest distribution possible in order to enlighten more people on the magic and majesty of elephants.  This in turn I hope will lead to more people donating what they can to fund conservation groups in Africa who are on the front lines trying to save those elephants remaining.

7) A Final Thought?
Larry:  Blindness.  Off and on throughout my life, I’ve been involved with people who cannot see like the rest of us.  Blindness is a genetic weakness in my family.  I, in fact, have already experienced the degeneration of my eyes, having had cataract surgery on one eye, the other eye fogging up a little more each day.  This is just the beginning for me.  For elephants held in captivity, exploited, in places like India and other countries of Asia, blindness is not uncommon.  It’s not genetic though.  It’s inflicted by human beings on elephants who don’t behave as prescribed by their masters.

For a few fortunate ones, rescue is affected by a sanctuary.  And in these sanctuaries, the amazing magic of elephants can be witnessed as other elephants embrace the blind elephant providing guidance and companionship.  Come the day that I can no longer see elephants well enough to photograph them, I intend to walk among them.  And knowing them as I do, I’m fairly
certain that at least one will come to my side, aware of my state, and embrace me.

8) Where can we find your images?