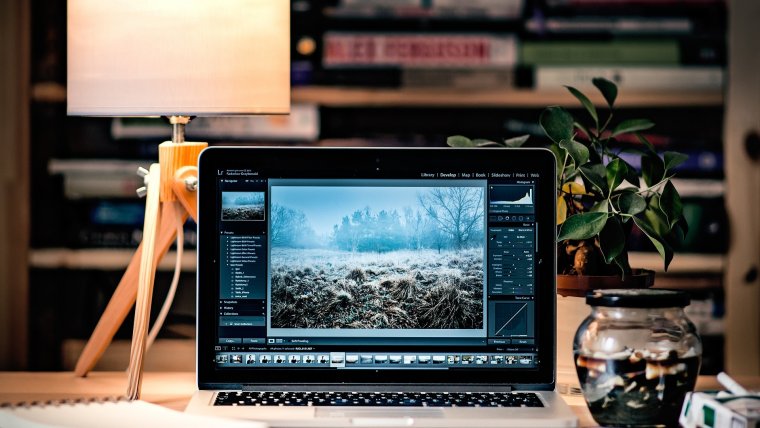 How blue is the sky today? How blue is the water? The measure of a color’s intensity is also known as “saturation”. We frequently refer to saturation in everyday speech, without even knowing it. This is because a scene’s level of saturation matters. High levels of saturation means that the colors were more vivid and lively. In contrast, low saturation oftentimes correlates with a vintage-effect, because the low levels of color contribute to the feeling of stopped time. Depending on the photographer’s intent, both high and low saturation can be effective techniques to employ when shooting. Saturation can be adjust before shooting in-camera or post-production using software such as Adobe Lightroom or Adobe Photoshop.

One key tip to remember, however, is to make minor changes to saturation at a time. Over-saturation is a common mistake that many new photographers make, and it becomes painfully obvious to even an untrained viewer’s eyes. This is because our eyes are accustomed to certain colors, and the level of color in certain things. For example, over-saturation can cause the subject in a portrait to have orange skin. Orange skin is clearly a sign of an improperly colored photo.

Let’s consider some examples of low and high levels of saturation, and how they affect the scene:

The low saturation in the scene above causes the focus to shift towards the shapes, the forms, and the figures in photo, instead of the colors. The photographer may have chosen to use the low saturation to draw attention towards how the hot air balloons look floating above the clouds. The forested landscape below is a great contrast to the hot air balloons in the fluffy clouds. Any time that a photographer wants to shift focus away from the colors and onto the shapes and forms, decreasing the saturation should be the first option they think about.

On the other hand, high saturation can really draw attention to the colors in an image. Skies, especially, can have a rich, deep blue when the saturation levels are boosted. The photo of the desert above would be much less interesting without the boost in color saturation. The color gives life to an otherwise arid and dry scene. It gives life, feeling, and makes a scene feel more real to life.

This photo of a vehicle’s interior really pops because of the color. The photographer likely saw the uniqueness of this blue-green color and wanted the viewer to see it’s value in the image. The vibrant color really highlights the possibility that this vintage vehicle was special and unique because of it’s color. In this way, the color has truly become the storyteller of this photo.

This downtown photo is a great example of how high contrast can add another element to the story in a scene. The fact that there are motorbikes, bicycles, and pedestrians all travelling on the same lane cause the viewer to sense the chaos that is happening. Add to that, the crisscrossing electricity lines, as well as the bright neon lights, and the viewer gets the whole picture. The saturation causes the neon lights to be even brighter and the colorful buildings to stand out even more, adding to the confusion of the whole scene.

This last example of high saturation is a little bit unique. Unlike the previous two photos, the saturation achieved in this photo was caused by a long exposure. This is evident by the streaks of light of the cars passing by. Although there are pros and cons of using this technique to capture high saturation, it is an uncommon for a few reasons.

First of all, the blue in the sky has a gradual darkening as you look higher in the photo. This is a side effect of the long exposure technique. Also, the street lights have flares. Both of these effects are unnatural to the eye, and cause a viewer to immediately notice that the photo is unnatural. However, there are a few pros to using a long exposure. Sometimes it is the only way to capture a scene, or with the available light. So do not discount using a long exposure, and remember that it also has the side effect of increasing your contrast!

Rating: 4.75 based on 4 Ratings
The following two tabs change content below.