Photography & Color Theory, Part 1: What you Learned in School is Wrong 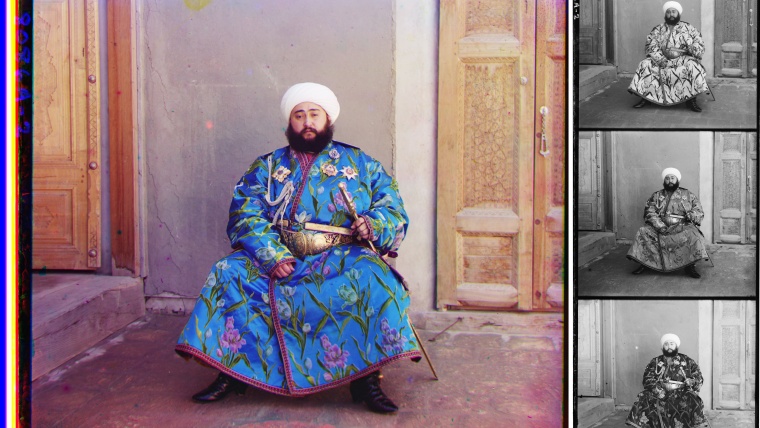 Photography & Color Theory, Part 1: What you Learned in School is Wrong www.sleeklens.com

While answering those questions probably seemed easy enough, you were also likely wrong. But don’t feel bad, most people don’t actually know the right answers to these questions because anyone who learned about color in an elementary school art class simply didn’t get the whole, extremely complicated story. Not because your art teacher really did have it out for you, not because the government doesn’t want us to know the hidden secrets that lie behind color like in “The Giver,” but because humanity didn’t actually understand color theory until pretty recently, and we still kind of don’t.

But let’s back-track. Why is color theory important to photographers? Because a photo is really just the reorganization (and conversion) of colors meant to trigger a mental picture, emotional state, or memory in a viewer. When you see a photo, the only information you receive about what’s depicted in the photo is through light, since there’s no three-dimensional depth perception, sounds, tastes, smells, or other senses that accompany the simple color patterns that make a photograph. Much like painters, photographers use color as their primary medium of expression. Not to mention that all those setting and sliders in lightroom, photoshop, and on your camera follow very simple rules of color theory. So mastering “real” color theory is a goal every photographer should dedicate time and effort toward achieving.

If you’re like most people, you probably answered the first three questions in this article, “Red, Yellow, and Blue; Red, Orange, Yellow, Green, Blue, Purple (Indigo, Violet); and Green!” But unfortunately, all of those answers rely on an outdated form of color theory that is less correct, but still upheld by many artists for no other reason than tradition. The basic idea of any color theory system is to find the simplest way to reproduce the most colors that are visible to the human eye. The traditional primaries — Red, Yellow, and Blue — are not the most efficient, which is why James Clerk Maxwell (and others) invented color photography and the RGB system in the mid 1800’s. By overlaying a different negative for each of the primaries, Maxwell made images like the one above — the photos on the right are of the Blue, Green, and Red channels, respectively.

You’ve likely heard plenty about RGB — or Red, Green, and Blue — color before, since it’s what digital screens use to reproduce colors. Basically, using these primaries makes it possible to reproduce a broader range of colors than using RYB… because of science. Not to get too lost in the details, but the three cones in the human eye are sensitive to different waive lengths of light, and while two of them are fairly sensitive to Yellow, only one is very sensitive to Green, making it a better color to isolate the stimulation of that cone.

The real takeaway is that the photographer’s color wheel — also known as an additive color wheel, shown above— should be based on the camera’s sensor, the computer screen, and the software used to create and edit the image, which all use RGB primaries. Later in this series, we’ll discuss the importance of understanding how the RGB settings in photoshop relate to the CMYK setting used when printing a physical image, but for now let’s focus on understanding photo manipulation and color balance.

In the above color wheel, we can clearly see the opposites of the RGB primaries by looking directly across the wheel. The opposite or Red is Cyan; the opposite of Green is Magenta; and the opposite of Blue is Yellow. These are the true secondary colors. Fully understanding this system and committing it to memory will make color editing immensely easier. So let’s look at some very simple examples of adjusting an image’s color balance using a curves layer in photoshop. By selecting a particular color channel in curves, we can enhance and suppress a certain color and its opposite until we get the exact balance we’re after based on personal taste and real life vision.

While the above photo may be have acceptable color balance for certain applications, let’s assume we wanted to give it a more realistic depiction of natural fall colors by pushing or pulling each of the various RGB channel curves in photoshop. Let’s start with what looks to be the most obvious issue: too much Red in the trees. We know from our color wheel that if I take out some Red we will also add some Cyan, which is perfect because our sky doesn’t have enough Cyan, which confirms that this photo needs less Red.

By clicking the curves tool under the histogram, we can add a curves layer, select the red channel, and drag down the curve to an appropriate setting. You can already see that our photo looks better, but lets go through the other channels systematically. Next we’ll try adding some Green, since those leaves still seem to be too dull. Of course, color also has a huge influence on the mood and emotion of an image, so all of these choices are fairly subjective.

Above, you can see that we’ve selected the Green channel and bumped the curve a bit. A good way to do this with accuracy is to use the input and output settings on the bottom of the curves window. Where the input Green intensity is 128 (the left to right center) the output is 148 (above the vertical center). Lastly, we’ll go bump the Blue channel a bit as well, since the entire photo is looking a bit too Yellow (Blue’s opposite).

Now we have a final image with much more realistic colors. While it’s completely valid to choose not to go for color realism, it’s still important to understand how the RGB primaries and their opposites interact in photo editing to get the effect you’re after. The first thing any photographer should master in editing software is the curves tool, and to do that you need to master the RGB color wheel, so study up! Below is the original photo followed by the color adjusted photo, for comparison.

Be sure to check back in for part two of this running series on the photographer’s color wheel!

New to Photoshop?
Check our new course: the complete guide to photoshop for photographers
25 videos
5 hours
Stream anywhere!
Check it out