How To Get Started In Concert Photography 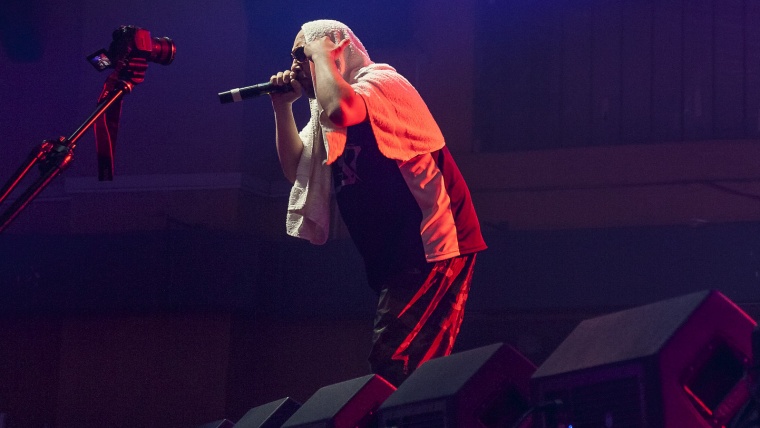 How To Get Started In Concert Photography www.sleeklens.com

Whether you are hired by the performer or the organizers, or you simply want to broaden your portfolio, tackling concerts is not an easy job. But if photography was an easy job, everybody would be a professional photographer. Most concerts have a few things in common, low light, lots of motion, little to no access, and a timeframe. So how does one manage all of that?

These all are questions that you’ll need to be answered before you even enter the venue. Of course, there is a lot more stuff you’ll need to find out, but you get the point.

There are two types of access needed to photograph a concert successfully. Mainly, you need to be able to get into the concert as a press photographer or something similar. In other words, you need access to be able to go backstage, in between the stage and the fan pit. Secondly, you’ll need access in terms of angles. If the stage is too high, and you are just in front of it, you won’t see a thing. Therefore you’ll need access to the areas from which can actually shoot the performers properly.

Since 99% of the time you’ll have strong light hitting your camera directly (since the stage lights will actually be in the background), make sure that you aren’t using a lens that is prone to flaring, since you’ll end up with a bunch of images with lens flares. Those stage lights will create atmospheric light and rim light onto your subjects (the performers in this case), so your job is to provide the fill light in order to avoid silhouettes. I usually use the on camera flash modified with a 20x30cm softbox.

The direct light could pose problems for the focusing system on some cameras, and the best way to manage that is to set the camera to center point focusing. Then block the lights with your hand, focus and recompose. Do all that without releasing the focus button. Using back button focus for this might be easier.

Usually, the first thing people do in scenarios like this is bumped up the ISO quite high in order to gain more detail in the shadows of the image. In most scenarios, that would be the smartest thing to do. However, in this case, you are using flash, and you have very bright stage lights. You can lower the ISO and let the flash take care of the fill light, while the stage lights will take care of the highlights. This way you end up with cleaner shots. For the purpose of proving this, all of the shots that you see in this article have been taken with a Canon 1000D (a camera that has a maximum of 1600 ISO, and most of them are shot on 800), with 18-35mm f/1.8 Sigma Art lens.

I see many photographers anchoring themselves to one spot and staying there for the whole concert. That is a huge, huge mistake to make. Performers move around, they dance, they jump, they do stuff. Standing in one place will probably result in you missing most of the shots. One rule of thumb that I have when shooting performers, especially rockers and rappers (since they hug the microphone in a specific manner) is that I move to the opposite direction of the microphone. That way the microphone and the hand holding it isn’t covering the whole face of the performer, and it actually provides a good photographic element as an addition to the portrait and light.

Have Your Equipment Ready

Concerts are demanding on your equipment, especially in regards to battery life and storage. Be prepared for around 2000 shots, sometimes even more. That means that you’ll need to provide enough juice to the flash batteries (since they are the first ones to die) to get around 2500 shots, then enough storage space in cards for that amount as well. And, let’s not forget the camera batteries too. You’ll need to be capable of shooting that much that for long, so it’s a good idea to always have a bottle of water on you, and be well rested before the concert.

Keep in mind that while at the concert there is usually no way to charge batteries, dump SD/CF card content on a laptop or other things that you would be able to do in other types of settings. You’ll need to be prepared to shoot continuously for the whole concert as a minimum. So if you don’t already have some, get yourself spare batteries and memory cards, you’ll need them.

Concerts are challenging, since they are a type of scenario where you don’t have any control over the scene, you are limited to angles, and you’ll need to shoot over a thousand photos just to have 10-20 keepers. It is an utterly dynamic scenario where there is no “one setting does all” solution. You’ll have to continuously adapt to the changing lights and formations. However, concerts are the perfect place to practice photography too. They put every photographer to the test, pushing them to their absolute limits.