Hey everyone and welcome to the next episode of the Sleeklens Photography Podcast! This is Jordan from Sleeklens and in this particular episode, I’m going to go over something that’s a little bit different. It’s linked to one particular email that I’ve got from one of you listeners out there. So, this particular email – which I’m not going to read the whole email because it’s a very, very long one – the basic overview of what this person was trying to say was that is currently experiencing too much pixel-peeping in its images. Thus, not liking how the photos turn out. The outcome looks too noisy, or it’s not as sharp as possible, and I just to cover a little bit at this whole pixel-peeping thing, and also not try to compare yourself with other photographers.

So first, let’s go over this whole pixel-peeping thing. This particular email I’ve got is from Jessica Wilson, and she was talking about how each time she takes a photo, no matter what it is, it can be a photo of her kids, it can be a photo of a landscape she’s taking, it can be a professional photo she’s trying to make money on, she always finds herself pixel-peeping. She always, you know, bring the photo into Lightroom and does the 1:1 look on the image to look at the image, then zoom to even 3:1, try to compare the image and see which places are sharp, which places are in focus, which places might be out of focus, and it’s one of those things she finds herself spending like 5 minutes pixel-peeping per photo – it’s a time-waster as well.

This kinda comes from a personal experience. I used to pixel-peep as well; I’d zoom into a photo and, bring a photo into Photoshop for example, and zoom in as far as I could to actually

see the individual pixels of the image and I’d see which ones… which ones made the edges look fuzzy, and I’d try to selectively sharpen those particular areas. I thought I had my exposure right, my sharpening right, I thought I had every aspect covered but when I zoomed in things look fuzzy. That could be a combination of things as camera settings not being okay, not having the sharpest lens possible, but again, it was one of those moments where I found myself doing the same thing.

Now, Jessica didn’t say whether she was a new photographer or not, she didn’t say that particularly but usually, the pixel-peepers are the new photographers. The ones that would look at an image online at, let’s say a National Geographic image, and see how sharp it is, how crystal clear it is, how awesome the lighting is, how all the coolness that goes into this photo, and they look at their images and they might not look the same. Whether it’s a subject matter, lighting or whatever, it doesn’t look the same, and this is when they start to feel discouraged as well. They look at their images and it’s just they “know” they are never going to be as good as that person.

Well, this goes for Jessica but also goes for all those out there that might be doing the same thing, and that’s… let’s take a picture from your favorite photographer – you may have a particular photographer that you always follow, you’ve always loved their images – and try to visit their website. So, go to their website and pick any image from their website. So, after you download it to your computer – it’s not going to be the full high-res image – and I really want you to examine that image. Just look at it, because a lot of times we would “look at an image” but in fact just glance at it, and get an overview of how awesome it is. And once you start looking at it, studying the image, you will see small little things that would be considered imperfections.

A really good example of this is there’s a night image that I really, really love. It’s an unknown photographer, I don’t know who it is but when I saw the image, I saved it to my desktop, and kept it in a folder for inspirational purposes. And so, there’s a fairly high-res download which you can find in Flickr, so I downloaded the high-res version of it and I really, really loved the image. When you just look at it on Flickr it just looks amazing, like it’s the most perfect image ever but when you download it and start looking at it, really examining it, you’re going to see some different things. For example, when you just quickly look at it, it’s a night photo of the Milky Way, it got a lot of silhouettes going on, you’re going to quickly see it’s “oh cool, it’s a nice Milky Way photo”, but, when you actually look at the image you’re going to see a lot of noise in the photo. You’re going to see a lot of different noise, some blurring from the stars in the sky. You’re going to see all that stuff, but when you quickly look at it you won’t see any of that. And so, this goes – for example – when I was trying to take night photos, when I first started to try taking really awesome night photos, no matter what I always saw a bunch of noise. I wanted to try to get as less noise as possible, I wanted to get my image a little bit overexposed to get as little noise as possible in the shadows, and I realized that it doesn’t make a difference. Nobody’s going to look in your image and just look at it like I was doing and say “oh, it’s a bad image” or “it’s a horrible image, it has a lot of noise”, “it’s not even worth posting” or anything like that, and that’s what we all feel sometimes. That some images are not worth posting because we see imperfections, but I guarantee you that if you post that image out there, there are a lot of people that’s going to love it. They don’t care about the noise, they don’t care about – maybe – a slight blur, a slight movement in the stars. Or maybe you take a photo of a portrait and you are supposed to get the eyes really tack-sharp ‘cause that’s the main focus of the image, but maybe you focused on the nose, and it’s a tiny bit blurry where the eyes are.

No one is really going to notice, and especially if you take your photos and post them on social media networks like Facebook. Instagram does a better job on this regard but Facebook it’s really going to compress your photos like crazy, quality is going to drop like 50% when you post it on Facebook. No matter what setting you change there’s always going to be some compression going on, and that’s going to change a lot of the quality of your image. So, especially if you post on there, the quality is always going to be bad. Don’t worry about getting everything tack-sharp – the degradation of the quality is not going to be suitable for your photos. But, if you want to print your images you want to be a little more selective – depending on which printer you use it can have a little bit of hard quality process going on.

So that’s what I have to say to Jessica and whoever is experiencing the same issue out there. Pixel-Peeping it’s not something we should really be doing, because once you start pixel-peeping you’re going to start looking at your images in a totally different way; you’re going to start examining all your images, and you’re going to worry a lot about the technical aspects that are going on in your photos – which is great, but once you start that process it’s going to hinder your creativity. So, I really, really hope you guys don’t go pixel-peeping, don’t zoom all the way into your images, don’t look at all those individual branches that might have a little bit of chromatic aberration on them in Photoshop. It’s not going to really matter. Really just concentrate on the basics of photography, in composition, in getting the best lighting you can. Learn different editing techniques, and just really get creative with your photos and don’t try to be perfect, because nobody’s images are perfect.

All right guys, I know it was a little bit different of a podcast. I imagine it’s a thing a lot of people deal with – try to compare your photos to other photographers and see that their photos look perfect, and in your eyes, you’re never going to get there. It’s a really important message to get across. Thank you for joining me in this podcast, hope you guys enjoy everything that’s going on with the Sleeklens website with all the courses, all the products, all the new things that are going on there. And don’t forget to join the Sleeklens Members Club via Facebook! 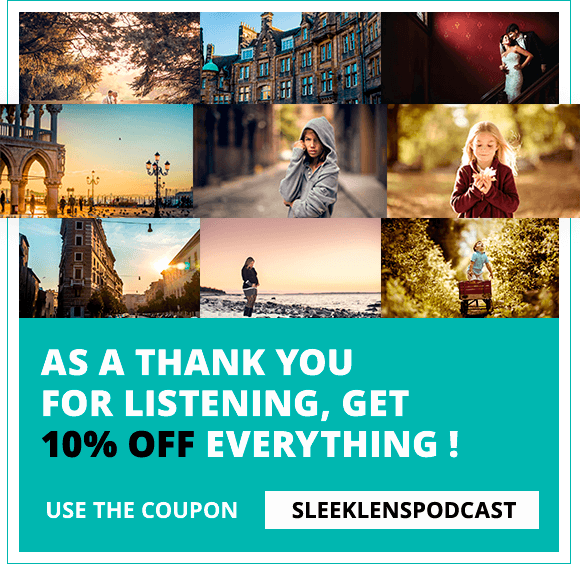 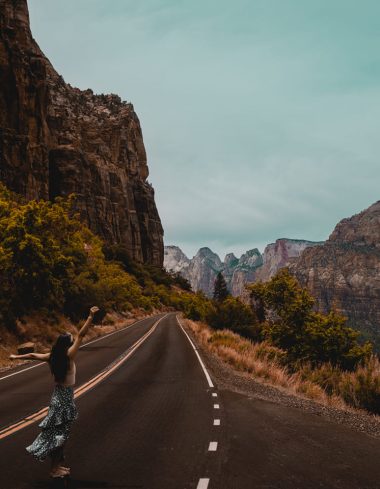 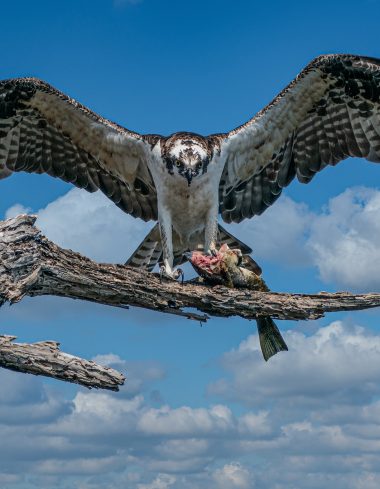 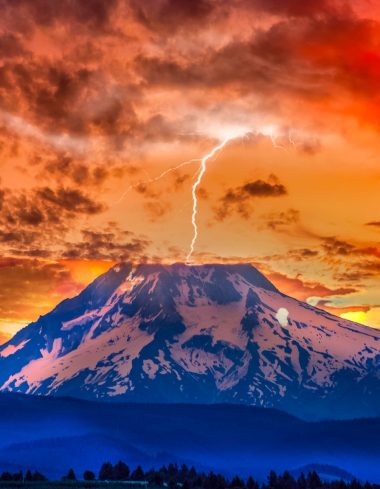 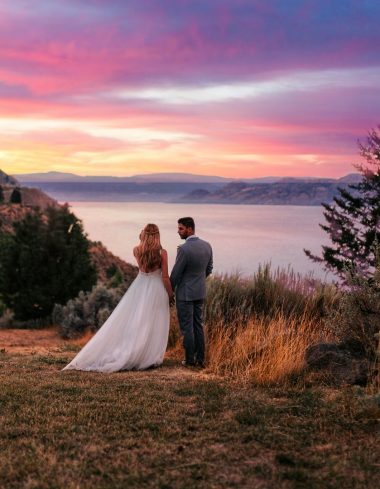 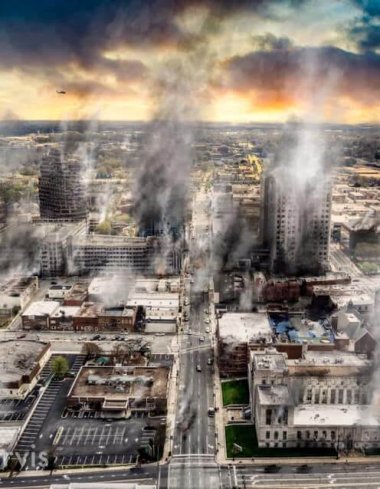 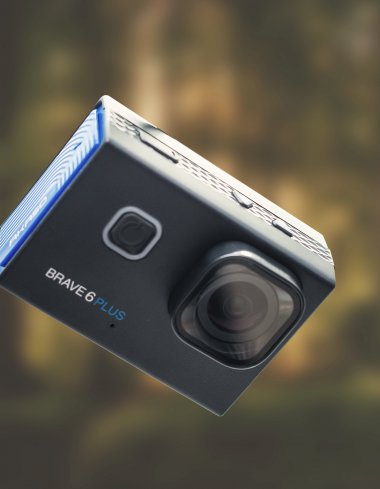 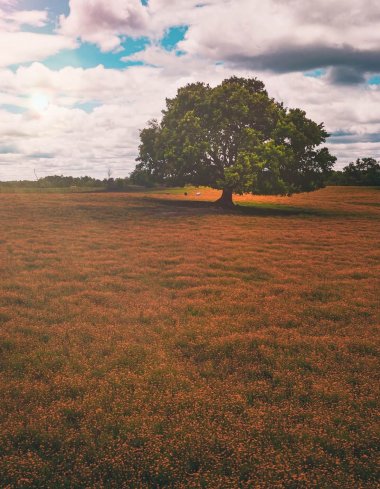 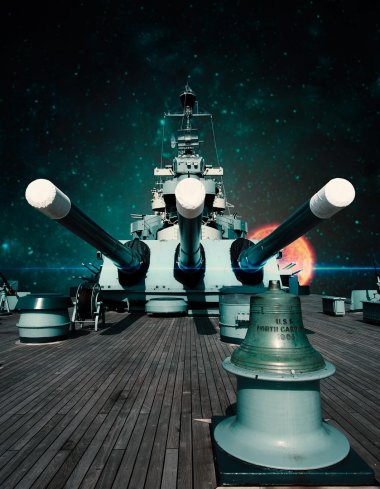 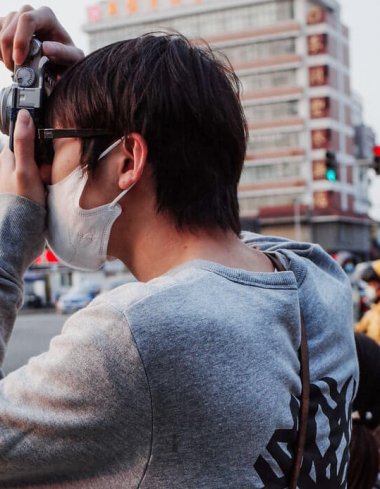 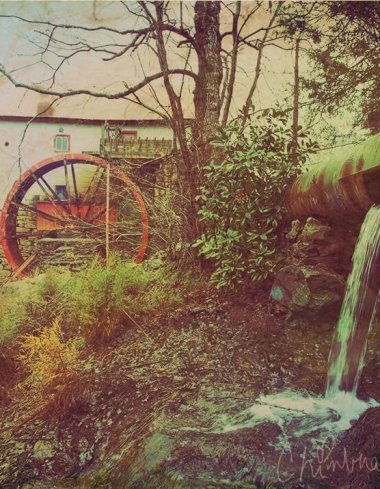 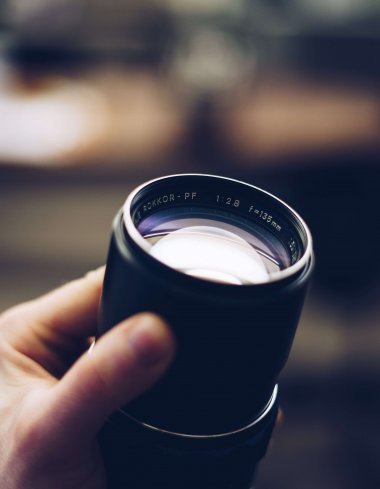 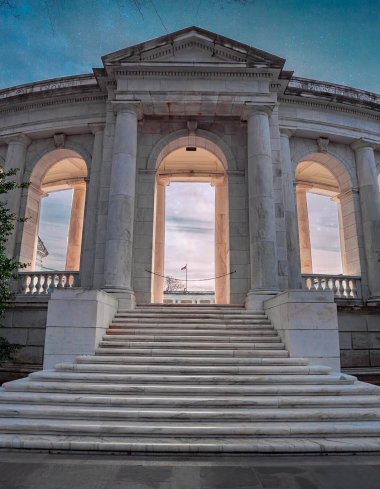