Würzburg – Medieval Experience in the Heart of Germany 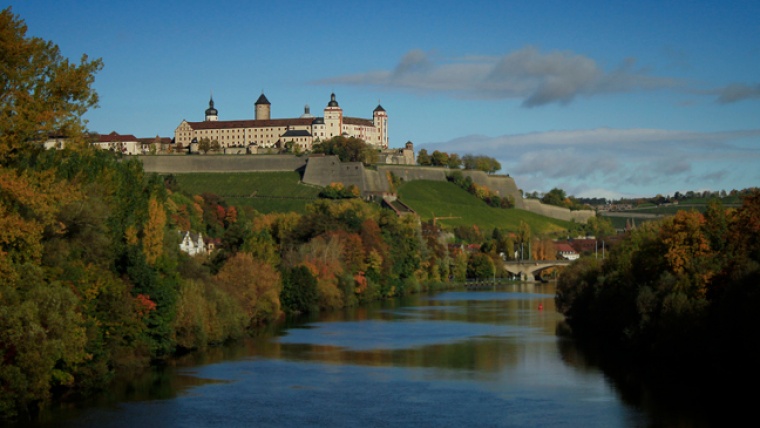 Würzburg – Medieval Experience in the Heart of Germany www.sleeklens.com

Europe is well known for its architecture and the preservation of historical places and monuments whose history span over several centuries. The tragic events of the two World Wars, specially the second one, led to the deaths of millions and the destruction of many of these places, something that had a significant impact in most German cities with over 100,000 inhabitants during the last years of the second war.

Würzburg is a city located in the northern part of Bavaria, in a region known as Franconia. On March 16, 1945, it took the Royal Air Force 20 minutes to destroy about 90% of the buildings, something that led the city to a long and difficult reconstruction process during the post-war years.

Nowadays, Würzburg is a small jewel in the heart of the country, surprisingly unknown to many foreigners. Being located at just over an hour on train from Frankfurt, it is a great place to experience the cultural background of the country.

The city is surrounded by vineyards and has a variety of buildings, churches, a fortress and a palace, making it a great destination for travel and architecture photographers.

One particularly photogenic spot is the Alte Mainbrücke (old Main bridge). Main here does not refer to main as ‘principal’, but it is the name of the river, the same one that passes through Frankfurt (its full name is, in fact, Frankfurt am Main that would translate as something like Frankfurt next to the Main).

The bridge has some resemblance to the famous Charles Bridge in Prague, with 12 statues of religious and local Franconian figures that were placed on it during the 18th Century. While the original bridge was built in 1,120, it was destroyed due to floods in the region and, during the second war, the German army destroyed two of its arches. However, the bridge was re-built and it still remains as a great subject for photography from pretty much every possible angle.

The so-called Würzburger Residenz is a baroque-style palace that was commissioned in 1720 by the Prince-Bishop of Würzburg Johann Philipp Franz von Schönborn. Both the exterior and the interior of the palace are considered master pieces of the architecture, even counting with the recognition of being one of the UNESCO World Heritage sites.

The different facades offer different views, all of them with particular subjects that make the Residenz a place to keep coming back to. In the front (west side), a fountain (Frankoniabrunnen) from the end of the 19th Century serves as the perfect foreground, specially when using a wide-angle lens.

The south and east sides face two gardens that provide countless points of view with different foreground subjects ranging from trees and flowers to small statues, always with the palace itself as a background.

In general, the palace is a great subject that should be visited at different times of the day and different seasons.

The Marienberg Fortress dominates the city from a hill located on the opposite bank of the river from the city center. Its history goes back to around 1,000 BC, when a Celtic castle was built in the current location. Its prominent position overlooking the whole city makes it a great subject when capturing the general view of the river bank and it also provides a great vantage point to capture the red roofs of the city from above.

To get to the fortress, one can walk up a series of trails that go through some of the vineyards that are located all around the city. Franconia is a popular area for wine production in Germany, with many cities and towns producing local wines, Würzburg being one of them.

If your interest lies in natural places, a forest called Steinbachtal provides different trails that can be explored with many different angles to make for interesting subjects as well. This is also a popular place for people to go jogging or biking, so you can easily combine the beauty of the forest with a human element.

Finally, different possibilities for day trips are easily accessible by public transportation (mostly trains) from Würzburg. Two of the most popular ones are definitely Bamberg, a historical town located between Würzburg and Nürnberg, and Veitschöchheim, a municipality with a population of less than 10,000 located about 6 km north of Würzburg where the former summer palace of the Prince-Bishop can be visited.