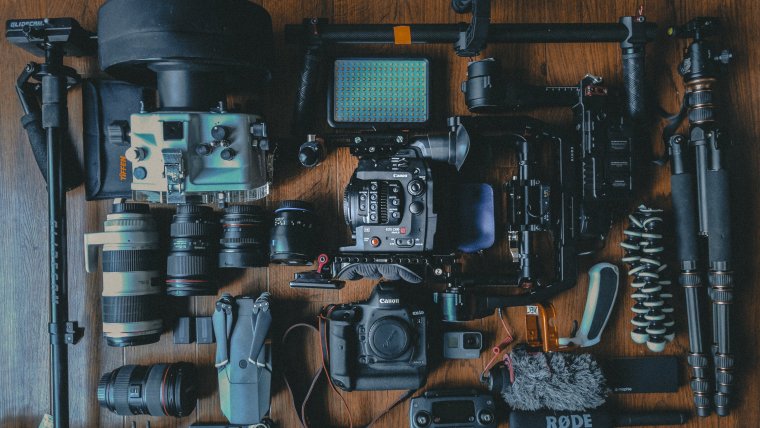 The great debate among photographers: Is film better or is digital better? Depending on who you meet, what background they have, and how they started learning – every photographer will have his own answers and reasons for those answers. The history of film cameras is lengthy, while digital cameras have only recently been available to the masses due to lower production costs and technological research. Photographers who learned photography before the year 2000 or so probably learned on a film camera. Starting in the 2000s, the cost of digital cameras lowered quite significantly, especially relative to everyday living costs. Let’s take a look at some of the notable differences between the two and discuss the impact on culture that both film and digital photography have played.

Have you ever heard of the term, “Kodak camera”? You probably have, and for good reason! Kodak is the name of the first film camera, invented in the late 1880s. Film cameras appealed to the average consumer because they were relatively cheap while also being simple. Camera designs started to improve over time, with more and more features being offered. Eventually, 35mm film cameras became the norm for consumers. The first 35mm cameras available to the public were released right before World War 1 in 1913.

Over time, TLRs and SLRs were made smaller and more compact for photographers to use. TLRs are twin-lens reflex cameras, while SLRs are single-lens reflex cameras. The medium-format TLR became popular first, around the late 1920s. Later, SLR designs overtook the TLRs when 35mm SLRs were released. One huge improvement was the eye-level viewfinder, which came out in the late 1940s. In the 1950s, many of the large camera makers that we know today from Japan entered the SLR market. This included Canon, Nikon, and Ricoh (which produces Pentax cameras). Nikon was the first one to release a full line of interchangeable accessories and components.

Another interesting development is the research and technological advances that led to the first instant camera, or Polaroid. These instant cameras were invented in the late 1940s and became hugely popular. At first, they were still relatively expensive to purchase but it was possible to print from the exposed negatives in less than a minute. Later, automatic exposure appeared on cameras. This was enabled by equipping a selenium light meter on the camera. These electronics were expensive when they were first developed, but became increasingly affordable by the 1960s.

Digital cameras have a different way of saving images. Instead of using film, digital cameras use a sensor to save images onto digital memory cards or internal storage. At first, digital cameras were insanely expensive and only used by commercial entities. It wasn’t until the late 1980s that portable and relatively inexpensive cameras started to be manufactured for the public. One factor that helped digital cameras become the norm was the formation of the first JPEG standards in 1988. This allowed image files to be compressed when stored digitally.

Today, numerous new digital camera models are released every year. Technology continues to improve, and the relative cost of digital cameras continues to decrease. As a result, digital cameras are becoming a very common sight among the public. Most of the world has access to affordable and high-quality cameras. This means that the number of photographers is steadily increasing year by year. It should be interesting to see what new and revolutionary technologies will affect digital cameras in the future.