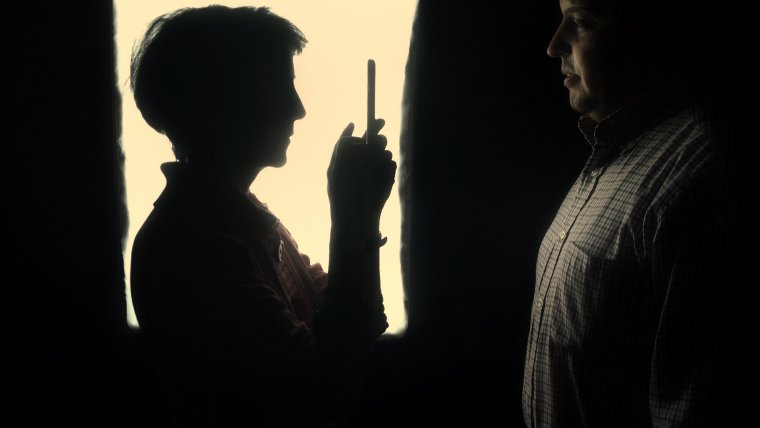 We have realized that all the articles we have written linked to our action field, mobile photography, had always started with a real fact; most of the people in the world have access to mobile phones and many of them want to get the greatest benefit they can of those terminal cameras.

The professionalization of this type of photography nowadays is still a slow process. The half-inch format, as we call it in @fotoensayo, is the most useful camera format, but is also the one that many professionals less use in their work, even being below of some others you could think are being deprecated like the plates.

Beyond the inherent fear that we talked about in the article: the birth of the half-inch format, the reason for this is also the impossibility of migrating the workflow you get with a photographic camera to a mobile phone.

We have seen cases of photographers who use their mobiles for doing street photography, author photography and even some graphic reporter. But the studios, and in general, all the types of photography that simply a photo montage (fashion, products, publicity) are the ones who have less explored this kind of support.

Being that said, we took the task of thinking what would be necessary to create a photo studio, with the intention of using mobile phones in it, and of course, getting satisfactory results.

In the first place you have to consider, that the characteristics for making this kind of space are the same that you think for the mobile phone you will use. You must think that most of the phones can be used in manual mode nowadays so it will function as a photographic camera would, except for the fact of the diminished capacity of noise reduction in high ISOs, a fixed diaphragm and the impossibility of being able to synchronize the flash with the obturation.

Therebefore, we must look after phones which diaphragm values are over 2.0, in this way we will guarantee a considerable light entrance; and if it is possible, look also that the dispositive can take DNG format photos, this will help at the moment of the revealing and finally, it must have a camera application that let you modify the ISO, shutter speed and white balance as minimum. Also, it will be appreciated if you can use focus in the manual mode, as you could find low lights situations that won’t let you focus easily in automatic mode.

As for us, we use the LG L5, that has good performance in low light conditions and it also counts with two focal lenses; one of them is angular which makes work much easier in reduced spaces.

Now that we have chosen the mobile phone, that, of course, it will always be the one you have in that moment, you can change it as long as it is of your interest, the next thing is the illumination.

The studio idea is that you can guarantee punctual light conditions, this is why we will look light sources that can be useful for this so we will only use continuous lights: As we already know, there are many different light types: tungsten, led, dichroic, in resistance…but the idea is to look after those who warm up as little as possible, having a power over to 100 W (remember that more power, more light intensity and hence less noise in the produced images) and amplitude in the light sources distribution.

About this last consideration, usually it is not taken into account by the photographers but when the light a very small point, it is hard to make it smooth and uniform. So then we recommend that if you are going to use small lights sources, use two with direction variations at least.

You can find several options of lamps, tungsten light bulbs with their respective diffuser and base on the internet for less than 100 euros. Either way, there will always be the possibility of designing your own system according to your specific needs. In the past, we even use tablets and some other mobile phones as light sources for portraits and small scenes with very good results.

A relevant element at the moment of the acquisition of lights will be your diffuser. Mobile phones do not have a very wide dynamic range and the difference between light and shadows zones can be very notable with barely medium zones. There before, for having information about those zones, whenever is required the diffuser is fundamental.

With a couple of these dim lights, your mobile phone and a background of your choice you will have a studio for start making photos.

After all, it may sound like a lot of work to do, but talking about quality your mobile phone photos will have a more elaborate aesthetics and as for the cost, there is nothing else to say, you will have a studio for a really low cost.

Then you can complement it with some other elements like additional lights, different backgrounds, some clothing, decoration objects, photographic printers for mobiles and anything else.

Whether you are starting to consider the mobile phones as work tools as a photographer or you are just someone who wants to improve your mobile photos, remember that the base of working with this kind of support is the creativity, so go on building your mobile photography space and make your own images, as for us we will continue #fotoensayando