Mobile Photography and How Has it Shaped Our Lives 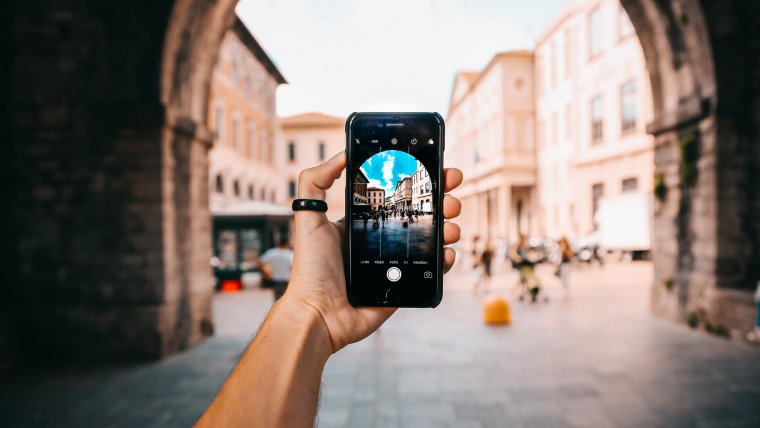 Mobile Photography and How Has it Shaped Our Lives www.sleeklens.com

In previous articles, we’ve spoken so much about the advancement of photography and mobile photography as it regards to what has changed and the tools that can help to improve the skills of those who want to begin. Given that there is so much to talk about and share as it regards to mobile photography, in the article we will be discussing the evolution of mobile photography itself. The days of photography being confined to only a set group of people have come to an end. In today’s world, as long as you have a smartphone with a camera, you’re capable of being a photographer if you want. This has inspired individuals to become travel bloggers and begin to share their story with others over social media platforms.

These social media platform not only changed the game in photography but it also changed the game in how we socialize and go about our daily lives. Social media platforms have created a bridge for creatives like myself and others to easily get to where they need to in their career. However, for us to appreciate where we are now, let’s talk a bit about where we’re coming from.

Some of you might be old enough to remember some of these things and for those who have no idea, I will share some history with you. Mobile phones weren’t equipt with a camera until about the early 2000s. Back then if you had a mobile phone with a camera built in if you were just about affluent and fancy. Back then the mobile phones available were shooting at about 0.11 or 0.35 megapixels. Can you imagine how much of a joke some of those images would be to photographers or bloggers now? Some if not all of these cameras were also only able to save at least 20 images and no more. So if you plan on taking some pictures on a particular day, then you better choose wisely.

As time progressed and some years past, manufacturers began to include flash on their newer model phones. I’m not sure if at this moment they could’ve been considered smartphones as yet so I will leave them at mobile phones. Things like self-timer, zoom and other features started to be added to some of these mobile cameras. However, the phones were still limited in what they have to over and most of them were stuck at just offering 1.3 megapixels which were a huge jump from just 0.11 if you ask me but this still wasn’t enough.

As we drew closer to late 2010 we started to see just a preview of what the future of mobile photography and mobile phones could be. Touchscreen phones were introduced, capable of capturing video, panoramic images at more. This was a huge step for the mobile phone and It was also just in time. Pinterest made their platform available to the public in March 2010 and Instagram made their imprint on the market on the 6th of October, that same year. All of these things combined in the year 2010, changed the world of mobile photography and how we share photo and ideas forever. In addition to that, if you remember, It was around that same time that Apple released their iPhone 4.

Fast forward a few years and there have been many phone releases each year and sometime these releases consisted of 2 or more new model phones being released at once. This brought us to the age of having smartphones. We were not capable of carrying around devices that were able to be of assistance with our day to day lives in many ways other than just making a call. The cameras became more advanced and were not able to not only capture better quality images but record amazing videos as well. This encouraged a lot of individuals to invest in a good enough smartphone to now make use of all the platforms and technology now available at their fingertips.

Today, we have phones that are capable of shooting a minimum of 12 megapixels and capture video at a stunning 4k video quality, easily. Not to mention the storage capacity we now have is unparalleled and only makes it more exciting to see what’s to come in the future. The evolution of mobile photography has been nothing short of amazing and gives you a different perspective on how far we’ve come and where we are going. Amazing smartphones along with amazing apps have shaped how we do mobile photography today and more than likely will continue to do so tomorrow as we grow to appreciate it.

Speaking of appreciation, as usual, I would like to thank you for taking the time to read this article and I hope it helped to educate you on just how far the age of mobile photography has come and where it might be going in the next few years. Thank you and see you soon!