The Creative Moment: A Photographer’s Philosophy 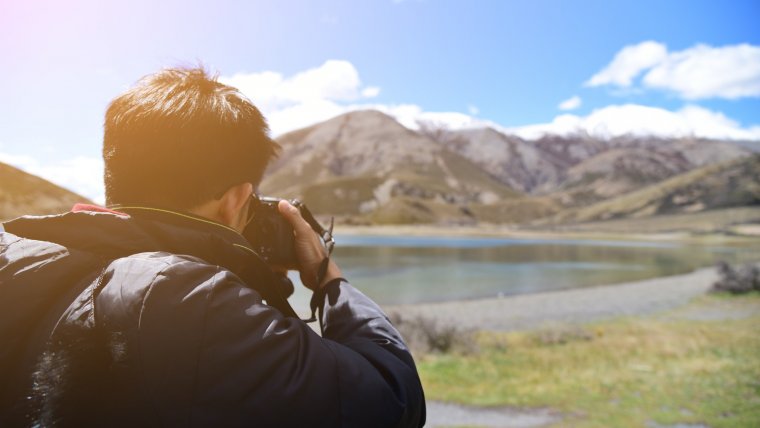 In photography, as in any other area related to the image, the creative process is an important part of every day. However, little is said about this process among the photographers, beyond the results and explanations of a composition.

Well, in this process there is what is called the creative moment. That moment of the day, sometimes so ephemeral, in which you put a few seconds or minutes the ideas begin to arrive freely. This moment, so important to our profession, can be exploited in a better way if we learn to determine which moments are more propitious to appear, the amount of time they last and the type of ideas that it brings.

The first thing to understand in photography is that creativity is not based only on the attainment of original perspectives or in stable geometric compositions. It is also in which narrative variables intervene and go from the decision on how to approach the subjects portrayed up to the type of support and development size of the images.

The big problem is that people are left with the idea of image and its composition, failing to exploit all these creative tools that surround photography. We make mention of this, before speaking of the creative moment in itself for a reason; If you do not take into account all the elements that involve the construction of a graphic work, it is difficult to have ideas at the creative moment.

It is not the same the person who visualizes his images only assets of lines and points, that the one that visualizes everything that implies its conception and the delivery of the results. But, as we mentioned at the beginning, the idea of the creative moment, to be efficient, is to identify when it presents itself in each person.

There are some photographers that just before bed, which is usually when they are calmer, begin to have ideas of projects. Others have that process during the shower, others as they walk and so, everyone has their moment. The important thing is, first at all, to identify when it presents itself with greater intensity and after identification, to register it in some way. If I know when this occurs, may have a piece of paper and a pencil or an audio recorder on hand to capture that idea. This is fundamental, because often the ideas are so ephemeral, that they forget with the passage of a few seconds.

After this, ideas are good to let them rest a bit. There are those who go directly to try to record what has occurred to them, I do not say that is wrong, however, giving a couple of days to an idea helps to find different perspectives. Even, one or another complementary idea that can come well. Of course, this will depend on the type of photography that is done and the methodology of work established. For field reporters, for example, these times will be faster, because the time for decisions is much shorter.

A proposal that becomes very interesting, for this type of moments is the construction of flow diagrams, from the ideas that appear. The diagrams help us, first, to identify those moments in a more orderly way and to structure the ideas. But, it also helps us to find conductive threads in our stories, fundamental elements at the moment of having light. Another good advice might be that when these ideas come, list elements that can graph those ideas. In this process, we will find very interesting analogies that can give our works a great added value.

Also, it is important to visualize the process to the end, that is, to think about the way of exposure of the work, the forms. This seems a bit rushed but imagine that you are going to take pictures of an elephant and a butterfly. Perhaps, narratively speaking, it is more interesting that the image of the butterfly reveals itself smaller than that of the elephant. Well, in this case, it is better to think before, to avoid quality losses by trying to enlarge an image that was made with a medium with low magnification conditions.

Finally, as far as the creative moment is concerned, besides taking advantage of it, you have to enjoy it. If instead of writing something, or recording the idea, you can draw it or build a model, go ahead. The possibilities are endless, the invitation is focused on people getting the most out of this moment and not giving preconceived ways of doing.