Chromatic Aberration: What You Need to Know About It 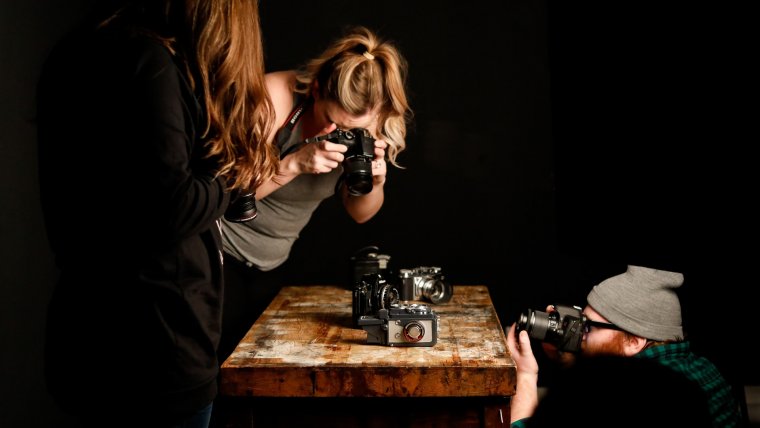 Chromatic Aberration: What You Need to Know About It www.sleeklens.com

During post-production is when as photographers we get time to examine our images closely to see if there are any flaws. Sometimes if you’re having a good day or a good session you find that no mistakes were made and you did a completely amazing job and all that is left for you to do is probably some color correction but nothing too serious. Today we will be discussing something that has plagued the work of a lot of photographers, both beginners, an expert. At first, I was actually unsure as to what exactly this issue is called. After a few weeks of research and learning about how this issue even became a thing I began to think about solutions and how it can be avoided in the future. Today we will discuss the issue of Chromatic Aberration in photography. We will be diving into what exactly Chromatic Aberration is and how exactly can we fix or avoid it from happening. These tips and informative words should also help you to become a better shooter and more than likely save you a lot of time during post-production to fix the same issue over and over but let’s begin.

What is Chromatic Aberration?

The basic definition of what Chromatic Aberration might sound a bit complex by nature but I was more than happy to break it down too much simpler terms that could be understood by even beginners. Light consists of a different wavelength that is practically on the same plane. This plane in photography can be seen as the image sensor inside your DSLR or mirrorless camera. When Chromatic Aberration occurs, your lens is unable to focus on these different wavelengths consisting of color. This then results in almost a halo effect that can be seen around the edges of a subject in your images. It almost looks like the image is being slightly split into two and a bit out of focus. This can sometimes be annoying as it has the potential to ruin amazing shots if not properly avoided.
Luckily for us, this phenomenon can be avoided if the proper steps are taken to do so. Here are some ways as to how you can avoid Chromatic Aberration.

If you’re not already shooting in RAW format then you need to begin doing so. When I was a beginner I never really understood as to what the fascination about shooting in RAW format was. As I became a professional and learned a lot more about the benefits of shooting in this format, I made it a habit and I haven’t intentionally shot in JPEG since. Chromatic Aberration can be easily removed or rather corrected in post-production once your image is shot in RAW format. The freedom to perform corrections in this format is very pleasing helps to tune your image to your desire.

Chromatic Aberration and high contrast areas are almost partners in this regard. For some reason, it flares up a lot more than usual in situations where your subject is lit from behind or you have a white background. I know for a fact you can’t always avoid it when it comes to a white background because studio sessions often consist of using a white background but try to recompose your shot and zoom in on the edges to see if this works.

Even though we often find Chromatic Aberration happening in zoom lenses, I’ve seen instances where it also appears in primes lenses as well. However, it is not so common in prime lenses as it is in your zoom or telephoto lenses. Try to use more wide angle prime lenses when shooting to experience less Aberration in your Images. I must say, the Yongnuo 50mm f/1.8 is actually a prime suspect lens that produces a lot of Chromatic Aberration when shooting so I would advise against this lens even though it is very cost effective.

I’ve found that when your subject is the central focal point in your lens it result in minimum to no Chromatic Aberration at all. The result is usually a very sharp edge to edge image without any blurs or image defects. So try to recompose your shots as much as possible and get your subject in the center.

In photography, there are many things that will have the potential to ruin your shots that are often not in your control but we are forced to correct them. Chromatic Aberration is one of those things that will occur from time to time but if properly avoided it won’t pose a problem while shooting. I truly hope this article has helped you to avoid this issue we all face as photographers and I sincerely look forward to giving you some more tips! Take care.