Our 2021 Black Friday Sale started! 55% OFF for the next 24 hrs with coupon BLKFRIDAY - limited coupons, hurry up!
Pinterest 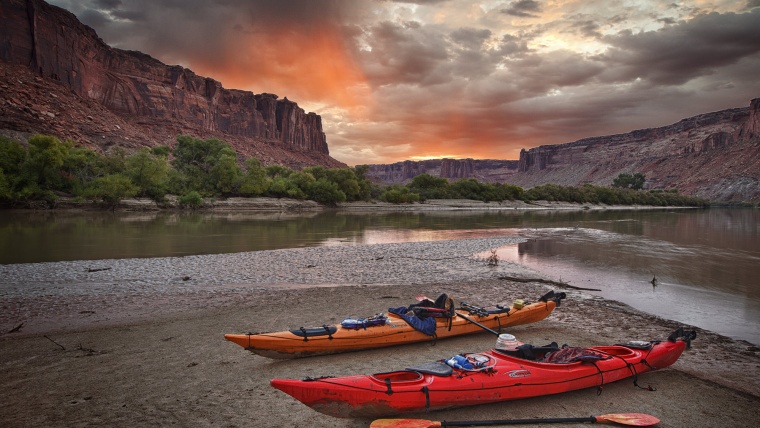 Dusy Basin is one of my favorite backpacking destinations in the Sierra Mountains. Filled with alpine lakes, surrounded by sawtooth ridges and—requiring a seven-mile hike over a 12,000’ pass to get there—touched by remoteness, it provides plenty of photogenic possibilities. Yet, when I’m there, I struggle to zero in on one of the essential elements of landscape and travel photography: what it feels like to be there. A sense of place.

This is, in part, a reaction to the boatloads of spectacular landscape images out there that are so beautiful—so dramatic—they stiff-arm the viewer from having an emotional link to the subject itself. They are the pictures that scream the loudest with their prowess for pretty while excluding one from what it felt like to stand next to the photographer.

And so, there I am at Dusy Basin, beside a lake, almost trying to ignore the splendor and instead of searching for a way to gently convey to the viewer such elements as, Was it hot, cold, windy, quiet, secluded, calm, scary, relaxing, energizing? How did it feel?

That’s not always the easiest thing to pull off.

Some people say the solution is to look for what’s unique about a place and highlight that. I think that’s only half the job and partly an intellectual exercise at that. The ultimate goal is to suck a person into the picture so they stop, even for a moment, and think, “I can almost feel the cool mountain air.” With that, you’ve created an emotional link to the image.

This requires pausing yourself before taking the picture to not only observe the surroundings but interact with the environment in some way. If you want to communicate a sense of place, you need to have your own emotional reaction to it. Again, shove aside the physical elements and instead consider what’s it like to be there at that moment.

The Importance of Good Composition

Creating a photograph with a sense of place means choosing the feeling you want to suggest and then paring down the elements to just that. For example, in the picture above of Lower Yosemite Falls I wanted the viewer to feel the power of the water as well as the mist flying in the air like a giant humidifier. So I squeezed down the image to just a slice of the falls hitting the rocks and used a slow enough shutter to suggest the thundering water without blurring it so much it became silky which would have quieted the feeling I was looking for. I also used black and white to simplify the picture even more.

Or, with the sunset shot from Colonia de la Sacramento, Uruguay, I could have taken it from the harbor highlighting the sun over the river, but instead chose to put the small café in the foreground not only for the human element but to suggest what a peaceful moment it was. Here were people just appreciating the scene. I look at this image and get a sense of what it was like to sit there at a table sipping a drink.

Good light can be anything if it serves the intent of showing a sense of place. It need not be early or late in the day for that golden hour. If you want to suggest desert heat, maybe the glare at midday will do it better than the warm light at dawn. Creating the feel of a deep, lush forest is usually accomplished best on an overcast day when there aren’t distracting harsh globs of sunlight hitting the leaves.

The rugged, almost primal quality of the California coast near Carmel in the shot above comes across more clearly with the cold, stormy weather I experienced there. On other days, I’ve photographed the same area to show a different sense of place, one where the ocean is a calming, renewing force. In either case, I tried to communicate how it felt to me at the time.

While I’m not going to get deep into processing an image, here are some things that I consider while I’m sitting at the computer with either Lightroom or Photoshop on the screen.

Use contrast to your advantage—If I want a calm, tranquil feeling, I keep the contrast relatively soft. In the shot of the impala in Kruger National Park, South Africa, I resisted the urge to make the scene really crispy, thus making it even more dramatic. I wanted the tranquility of the moment to come through instead. However, with the shot below of the canyoners headed into Spry Canyon, Zion National Park, crisp is exactly what I wanted. It brings out the texture and contours of the slick rock and suggests the danger of rappelling down into the canyon. I also showed the enormity of the place by waiting until she was far enough away to be a tiny figure in an overwhelming landscape.

Don’t be afraid to crop—Yeah, you want to get the cropping right in the camera, but who said you have to be a prisoner of the sensor’s aspect ratio? By cropping to a square, for example, you can eliminate extraneous space on the sides of the composition and better draw the eye to the subject. With that comes a certain calmness because the image is well-balanced. On the other hand, you can create more tension with a rectangular frame by placing your subject off-center.

Use a vignette—Darkening the edges of an image not only directs the eye toward the subject, but can also add a specific mood. I usually try to keep the vignette from drawing attention to itself by not making it too dark, but if I want to suggest a feeling of intimacy, I’ll make it a little heavier than normal. In the picture of the canyoneering rappelling into Vinegaroon Canyon, Death Valley National Park, I darkened the sides with a curves adjustment in Photoshop to give the feel of dropping into a deep, enclosed space (I masked out the canyoners to maintain the light pouring in from above).

If a moment is overwhelming you, go ahead and first get the record shot or go for the beauty shot. But then pause to think about what is making this place special to you and how it feels to be there. That is, discover the sense of place, and I think the resulting photograph can be the true winner because it will connect with the viewer on a deeper, more emotional level and therefore be a lot more powerful.