A Taste of Burma: My Adventures as a Photographer in Myanmar 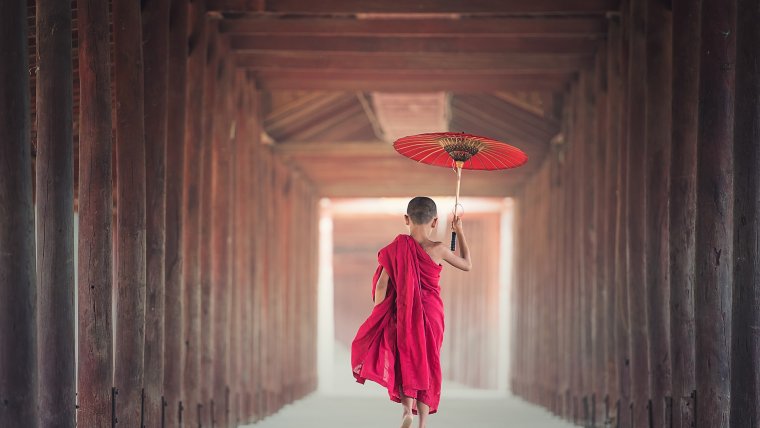 A Taste of Burma: My Adventures as a Photographer in Myanmar www.sleeklens.com

If you asked most people to locate Burma (Myanmar) on a map they wouldn’t be able to. I fit into this category and visiting this country had never even crossed my mind. I knew nothing about the country, culture or what to even expect. This all changed when two of my friends who are currently learning Burmese asked if I wanted to join them for a week to visit the countries capital, Yangon. I immediately booked the ticket without even doing any prior research. Little did I know it would become one of my favorite places that I’ve had the pleasure of visiting in Asia.

When visiting most major cities you can immediately sense the influence of western culture. You can see how it affects the way people dress, the way people act and their food. It’s almost like many cultures have lost a sense of their own identity as a result of the far-reaching effects of western influences.

When I landed in Yangon, I was expecting to see this right after I landed at the airport. To my surprise, I didn’t. The way people dressed, the food and the way the people acted impressed on my mind that they were, in fact, a unique people.  A people that still had an understanding of who they were apart from the rest of the world.

The first thing that stands out is the way they dress. Both the men and women wear a traditional type of clothing called a Longyi. They come in a variety of different materials and patterns. It is a very respectful yet beautiful style in my opinion, especially on the women. Both men and women dress in this manner even when they are spending leisure time with their families or doing normal daily tasks.

As an example, I took a local 3-hour train ride that went through the countryside. The train was mainly filled with farmers and monks but most of them still seemed to be dressed as if they were on their way to a special occasion. We would stop at a random farmers market in the middle of nowhere and they would still be dressed like this. It seems to be standard procedure.

The next thing that stood out to me was the food. It was beautiful blend of Indian and Asian flavors. Around every corner, you could smell something that would make you hungry, even if you’ve already eaten. As a general rule of them, even if you know nothing about the area, find a place that’s packed with locals and you’ll be in for a treat.

How to Photograph People in Burma

People in foreign countries usually love it when a foreigner puts in the effort to learn their local language. Usually, it will end up in them wanted to give you some pointers or in some instances them wanting to actually give you food or a gift of some sort. The goal is to show respect and to try and elicit a smile. Once you’ve got these two things you’re golden.

With that being said, the first thing I learned in Burmese was, “Can I take your picture?” I would walk up to people, smile, show them my camera and repeat the phrase until they could understand me.

Most of the time they would smile and laugh as if what I was asking was some sort of privilege for them. Sometimes they would even grab their friends or ask someone for advice on how they can pose. After a photo was taken I would usually show them the photo. It was almost a way to say thank you and they always seemed to appreciate it.

Thinking back, I think I only got turned down twice the entire week I was there. I can’t state it enough, the people are so incredibly kind. Their kindness comes across even without speaking to them, it’s quite amazing.

If you’re looking for more candid natural expressions, one method that gets consistent results is using your flip out LCD on your camera if you have one. Find a very crowded area where you won’t stand out. Keep your camera below your face and look down at your LCD screen and just shoot as people pass by. No one seems to mind or even notice you. They think you’re either looking at your camera settings or photographing something else.

If you ever get a chance to travel to this part of the world don’t hesitate! Get out there and try to soak up as much as you can from this wonderful and interesting place known as Burma.