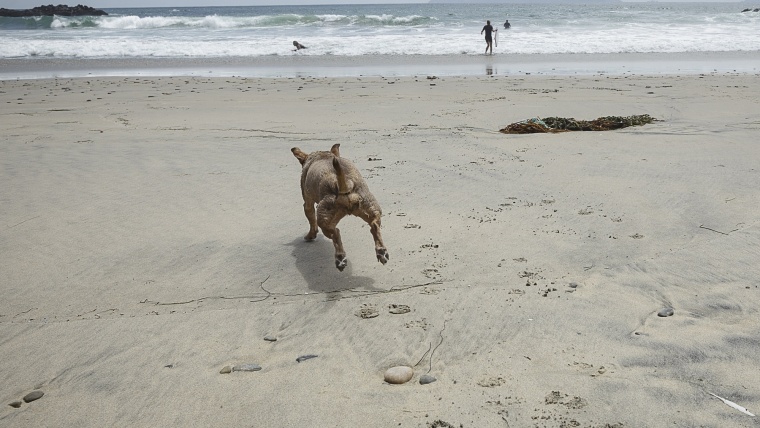 Sometimes it just pays to read the camera manual. In there is a nifty little item that I’m not entirely certain is a well-known feature of most decent cameras. Auto ISO. Admittedly, I had read articles about this for years and perhaps I was just skeptical of the way proponents spoke of Auto ISO as if it was photography’s unicorn. So I never cracked open the manual to find out how to use it.

And then finally, I understood. Here’s how that happened.

One of my favorite subjects to photograph is canyoneering, not the easiest sport to record because the participants are traveling through deep canyons that can be cave-like in darkness or blasting bright under direct sunlight or both at the same time. When I first started, I held to old habits and set my camera for aperture-priority. In other words, I selected—usually f/8—as my operating lens aperture and just let the camera choose the shutter speed based on the ambient light.

(Why f/8? For starters, most of my canyoneering images require a wide angle lens because the spaces are relatively tight, so that aperture gives me decent depth of field while not compromising too much on shutter speed. That is, to stop down more would mean a slower shutter speed. Also, f/8 tends to be one of the sharpest settings for my lenses. Now, I’m not a fanatic about such things, but to go past f/11 usually gets me into lens diffraction territory where the image begins to degrade a bit. Again, I don’t lose sleep over such things, but if I can, I will use that f/8 sweet spot. Lastly, f/8, when employed on close-ups or longer lenses, has a nice, middle-of-the-road shallow depth of field that I like.)

Here’s what I discovered rather quickly: I was constantly fiddling with the camera settings despite the supposedly effort-saving quality of something as semi-automatic as aperture-priority. I had to quickly raise the ISO beyond my favorite 400 whenever the action went into dim shadows or open the lens to its widest, f/2.8. Suddenly, I wasn’t getting that f/8 look I valued so much.

Second, with the quickly changing nature of capturing people rappelling down ropes or down-climbing over obstacles, I sometimes didn’t see that my shutter speed was too slow and I came back with a lot of blurred messes.

Lastly, more often than I like to admit, I would pump up the ISO to some astronomical number in order to shoot in low light, forget the camera was set for that and take the next pictures in bright sunlight. Somehow, engineers haven’t quite figured out how to make ISO 12800 look good under the midday sun.

While I expect most people reading this don’t go canyoneering, no doubt you’ve been in similar circumstances where you don’t want to manually set the camera for every shot, but at the same time want more control because of the changing light conditions.

I make it simple and nearly foolproof. For my Canon cameras—a 1Dx and 5DMIII—I push the ISO setting button on the top plate and go downward beyond 100 to A. Yeah, that’s right. A for Auto ISO. Next, I set the Mode to manual and select the shutter speed and aperture that I want to use for the day. For canyoneering, that’s most often 1/500 at f/8. Except in the dimmest of conditions—deep in a canyon or early/late day—I don’t worry about the exposure and can concentrate on the action. The camera maintains the manual setting and merely adjusts the ISO up or down to meet my needs.

Yes, that’s right, for those who find heavy noise in a picture repugnant, that potentially means really, really high ISOs. Five-figure ISOs. And the chunky noise that comes with them. I’m probably the least sympathetic person when it comes to this. My attitude is simple: I need to come back with action shots that aren’t blurred, period. So noise is better than nothing.

I still need to monitor my lighting conditions. For example, if it’s an exceptionally dark place, Auto ISO will crank up to the maximum I set for my cameras—25600—and if that still isn’t enough, will simply let the picture go under-exposed. In bright conditions, it will first set to ISO 100 and if that doesn’t work with the manual exposure, then I’ll get over-exposed pictures. Nothing’s perfect.

On a recent trip to Rosarito, Mexico, I employed Auto ISO to the fullest. While we rummaged through the market there, I was able to shoot both indoors and outdoors without fiddling with the camera once. The high ISO pictures still looked great and were sharp. Later, we went boogie-boarding in the Pacific Ocean where I set the camera for 1/1000 at f/8 and shot from the beach with a long lens or in the surf with a wide angle packed safely inside a water-tight housing. Didn’t lose a single shot due to the action blurring.

One last note: With the 5DMIII, manually setting the exposure with Auto ISO locks me out of using exposure compensation. (Dear Canon: This is stupid!) With the 1Dx, I can dive into the custom settings where I’ve assigned the SET button to the task. I press SET and dial in the compensation I need. Check your manual to see if your manufacturer allows this sometimes important function.

I’m not saying Auto ISO is for every occasion. It makes no sense for shooting landscapes where you usually want a low ISO and are using a tripod. But after using it a few times, you may realize there really is a photographic unicorn, and it’s going manual with Auto ISO.

(Note on the opening photograph. One of the nice things about auto ISO is knowing the camera is already set. I was able to knock out a couple of shots of a friend’s dog without worrying whether the shutter was fast enough for the kind of picture I wanted to get. Nailed it.)