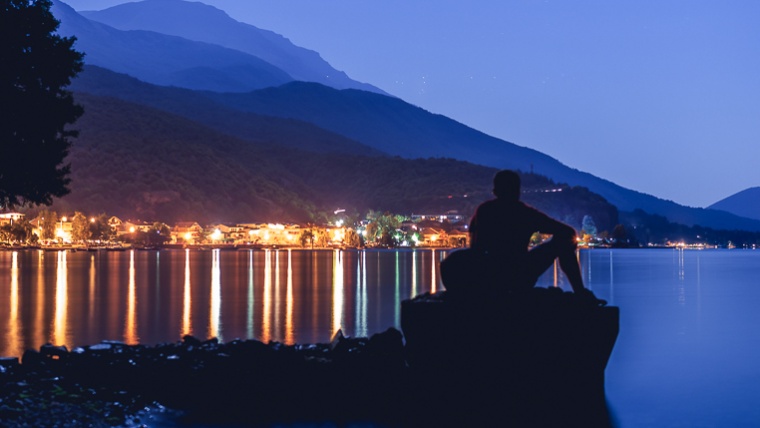 Previously, we discussed what is the right time of night for photography, and how to do it generally (from a technical aspect). Now we will focus on some of the most used scenarios and how to tackle them directly. Of course, you can mix and match the following techniques, and they should serve as a guide. After a couple attempts, you’ll surely make some modifications which work best for you, which is how it should be done. Don’t be afraid to experiment, and don’t be afraid to fail – that is how one learns. At the end of the day, you’ll need to find your own flow.

In order to capture light trails (this works for star trails as well, but longer exposures are necessary) you’ll need to use long shutter speeds. In order to guesstimate how long the shutter speeds need to be, you can take some measurements. Using the stopwatch and live view, measure the time a car takes to pass through your frame. Add around 5 to 10 seconds on that value and you are set. Those 5-10 seconds are the buffer you’ll need to activate the camera before the car enters the frame, and to have time to exit the frame if the car drives slightly slower. If you want more light trails on a street that isn’t that busy, photograph several separate cars, one where the surrounding area isn’t well exposed, and one base image where the surrounding area is exposed half a stop under. Then merge them all in Photoshop using “lighten” blending mode.

To photograph stars you’ll need to be outside of any area that has lights. That means, get out of the city. Avoid any light pollution since it will mask the stars. Also, you’ll need to pick a clear day (overcast means no stars) that has no Moon. Other than that, you’ll need a fast wide angle lens, and usually, f/2.8 does the job. Following the “500 rule,” the shutter speed needs to be 500/lens focal length = seconds of exposure. Bear in mind that if you are using a crop sensor camera, you’ll need to multiply the focal length by 1.6 for canon, 1.5 for Nikon, and 2.0 for micro four thirds cameras. So if you are using an 18mm lens on a crop sensor camera the equation would be 500/(18*1.6)= 17.3 seconds, and you round that up to the shorter value that the camera goes to (in this case 15 seconds). The aperture is wide open, and you compensate the rest with ISO. Usually, when I photograph stars with my 7D Mark II, the settings range from something like this: 18mm at f/1.8 and ISO 6400. The 500 rule is there to avoid star trails since stars move relative to the Earth (it is the other way around really, but since we perceive the Earth as stationary, they seem to move).

There is no science fiction here, you can use the moonlight to capture landscapes similarly as you would use the sunlight. The only difference is that the Moon produces a mere fraction of the light that the Sun does (in reality it just bounces the Sunlight since the surface of the Moon is quite reflective and it has no atmosphere). Given the fact that it is actually sunlight being reflected off of the surface of the Moon, there are wavelengths of the light lost or subdued in the process. You’ll notice that there won’t be much red and yellow; rather it will shift highly towards the blue tones. Trying to correct that in post process will result in weird looking colors. Embrace the type of light and use it to your advantage. The Moon is white, so calibrate the white balance accordingly and go for it.

In order to have the city lit up with all the lights, it has while there is still some remnant of the sunset (after the sun has set of course) you’ll need to do some trickery. First, take the shot without the city lights (a tripod is necessary here), as if you would shoot it normally. Then, wait for the lights to turn on, and photograph it again. Merge the two shots in Photoshop afterward using the “Lighten” blending mode and some selective blending done via masking.

You’ll need to be quite smart about this scenario. You’ll either need to use high ISO to have fast enough shutter speed, or you’ll have to use artificial light to compensate for its natural lack. You can do so by using flashes, or you can use lights available around the city. The trick is to find a middle ground between the slowest shutter speed you can use without any issues, and the lowest ISO you can use to have enough light to do so. Aperture is wide open in this scenario since you need the maximum amount of light passing through the lens.

This set of three articles should serve as a great tool to get you started in some basic and some advanced night photography. If you have any questions regarding this topic, feel free to ask in the comments below.