Advantages and Disadvantages of Mobile Photography 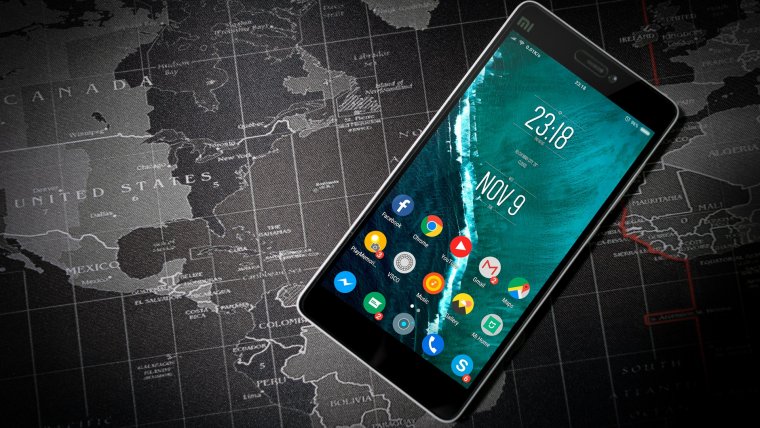 Months ago, in past articles we have been talking about mobile photography, writing about the different faces of this type of photography. During this period, we have also realized of the advantages and disadvantages of the mobile phone as photographic tools. Because of it, we have been looking to share our ideas about it, with the main objective of clarifying and dissipate any doubt that could have arisen after this discussions.

As always, it is necessary to clarify, that mobile photography is not the type of photography who looks forward to competing with any other medium. It is just a new branch of photography, a direct result of the massification of these devices as photographic tools. Because of this, any attempt of comparison is out of the table and this article will propose some situations, concerning to general photography.

The main benefit of mobile photography is the comfort. The fact that all fits in a small bundle, pocket sized, makes it one of the most versatile tools available in the market. Plus, the option of having access to multiple post-production tools and sharing methods of these photos on the social networks, can quickly change the concept of a small-sized camera into a system for mass diffusion of content.

On the other hand, the “globalization” of mobile phones. Nowadays, over two-thirds of the world’s population has access to a mobile phone. This is a completely opposite situation to what photography has meant through the course of history, making photography a medium available for anyone that’s interested in it, regardless of the budget to spend.

Also, and maybe this not prove to be a valid opinion for everybody, having just one focal distance implies creativity at the moment of composing scenes with this medium. This is a huge advantage for those who are starting in the photography world because it forces you to look the photographic scene in a different way in comparison with point-and-shoot cameras.

The price is, without a doubt, another big pro for this type of photography. A mobile phone with a standard camera is even five times cheaper than a conventional camera, and no one can deny this. And this is a determinant element at the moment of choosing the medium we are going to use.

We have mentioned the possibility of sharing photos online, but it will be necessary to talk a bit more in this regard, explaining that the reason behind this idea isn’t just a sort of “ego-boost” but the possibility of selling those images to different galleries in that present moment. Besides, current updates in most social media networks – labeled as “stories” – give us room to share a little bit of our workflow with fellow users all over the world, something unthinkable with any other photography mean.

Service fees are also non-existent, unless a nasty accident happens with the device, as mobile phone camera’s sensors do not require cleaning procedures as mirrorless and DSLR counterparts do. These are just some of the advantages that we believe belongs just to mobile phones in the photographic market. However, it is not all good news, and as any other photographic device, the mobile phones have also a number of contrast that must be analyzed and evaluated.

Mobile phones photos have a much lower zoom capacity than any other device in the current market. And there must be some thinking in those photos of building or street pass sized, proper of brands like Apple or Huawei; however, this is the result of very complex post-production work and it is only possible with mobile whose price is comparable to the price of cameras with a much better zoom capacity.

Low light conditions tend to become a nuisance, as mobile camera sensors do not feature as many capabilities in comparison with their normal sized counterparts in conventional camera models.

Another aspect to consider is that smartphones, besides being loaded with functions and apps that never cease to amaze us each day, they still remain as phones, whose prime function is making calls and sending text messages or emails. Do not be surprised if a certain WhatsApp notification happens to distract you when shooting scenes that won’t be there the next time!

We also talk about how a fixed focal represents a disadvantage for creative works, but this also proves to be a hassle as FOV is fixed as well, limiting us in a good range of scenes we can shoot with DSLR cameras.

Ergonomics need to be considered as well, as smartphones tend to become more fragile as technology keeps reinventing themselves. Except for special cases like the LG G5 that is designed with a photographic grip handle, other devices can be very uncomfortable at the moment of taking a photo.

Finally, nowadays it is a hard work to make people believe you have a professional work sustained with a mobile phone. In this case, the only thing left to talk, is your work so, all the things you make with this type of devices must be top-notch, that way it becomes not just a habit but also a standard your clients will acknowledge despite your preferred gear to work with.

Are you thinking about buying a mobile phone just to make photos? Think about all these aspects and then make your choice.

Rating: 3.50 based on 6 Ratings
The following two tabs change content below.