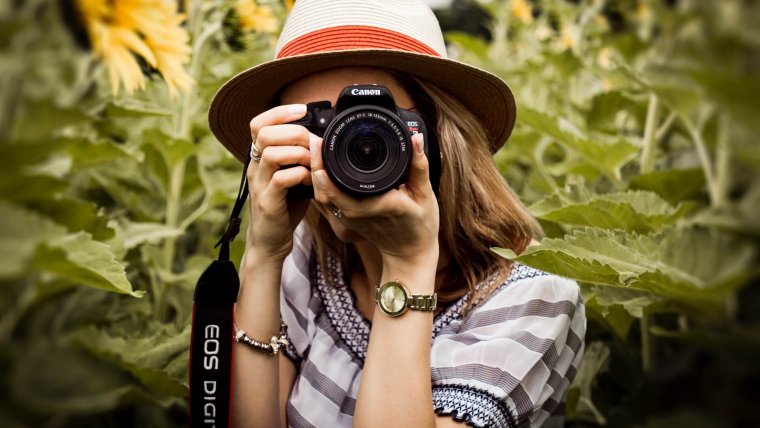 The field of photography encompasses so many beautiful details and past events that hold a significant place in its history. Surprisingly, there are many photographers who are still unaware of some of these amazing photography facts that helped to shape the way we do photography today. In this article, I have prepared at least 15 of these facts to share with you to give an insight as to how the world of photography was shaped by them and why it is you should know them as a photographer yourself. After learning some of these random but important facts, I encourage you to share them with another photographer as I am with you through this article. Let’s begin

1. The Most Viewed Photograph

A photograph by the name of “Bliss” is known to be one of the most viewed photographs in the world. Many of you may not know it by name but if you’re a 90’s child like me then you have seen it at some point during your childhood or almost every day. The photograph was set as the default wallpaper for Windows XP. The photograph was taken in 1996 which was long before the technology giants launched the Windows XP software. The photographer who captures this image is known as Charles O’Rear. He ventured to California, more specifically the Sonoma County and created an image that could easily be classified as a staple in photography. It has been speculated over the years that the image was digitally manipulated but O’Rear has stated that it never was. The image was taken on a medium format camera and is currently almost impossible to accurately recreate. Over the years the landscape has developed and gone through significant change.

Many of us today have dedicated our lives to have a career in the field of photography but do we actually know what photography means? Many of us can share what photography means to us individually but in the literal sense, how much do we know?
The word photography is of Greek origin and can be split into two words which are ‘photos’ and ‘graphe’. These words both essentially mean ‘drawing with light’. This meaning is very powerful as it gives a more in-depth understanding as to what it is we are doing as photographers.

3. No Smiles In Old Photos

Portrait photos that were taken during a time when photography was still in its infancy stages all share a common characteristic. This common characteristic is that almost none the individuals in these photos smiled. Everyone had to hold a straight face and look at the camera simply because they had to stay still enough to get a good photograph. Photography was still in its early stages and was not as technologically advanced as we are now. Therefore, many of the photographers back then had endured ridiculously long exposure which could take a few hours. With that said, we can now understand why everyone looked so miserable or unhappy.

Photography itself is a very expensive career path or field to be involved in but it does have it’s rewards which make each investment worth it. Each photograph we take has the potential to be something a lot bigger or more popular than we imagined or anticipated. I’m pretty sure this is what Andreas Gursky experienced when he created the Rhien II. This photograph was sold for an estimated 4.3 million dollars back in the year 2011. I know many of us like myself would currently hope to achieve even half of that from one photograph.

6. The Inventor Of Photography

The person who’s responsible for this beautiful craft we have today was actually not known for it but rather something completely different. Joseph Nicephore Niepce took the first successful photograph in 1816, which had an exposure time of about 8 hours but was still not completely clear. During his lifetime he was not recognized for his revolutionary work in photography but rather his other skills in building propellers for boats.

This is something I have experienced myself having been both behind and in front of the camera, that the left side of our faces tends to photograph better than the right side. Throughout my career, I have done a lot of portraits sessions and it has been proven that most people actually favor their left side as opposed to their right. Research has suggested that the left side of our face communicates more intensity of emotions which has been found more aesthetically pleasing.

The popular 35mm film format in still photography that we praise today was actually introduced by photography manufacturer giants Leica in 1925. This 35mm film format became a key factor in how we select our cameras today as it helps to define a crop sensor and full-frame cameras in the digital age.

The popular tool used in photoshop were actual techniques that were used in a darkroom to lighten, darken or saturate images. It’s from these old techniques that some of thee tools in the digital age are named.

There are an estimated 80 genres of photography and at least 10 sub-genres. The common photographer like myself is often only aware of a small fraction of these genres.

The age of strictly black and white photos lasted up until the 1930’s when color was introduced. Today, black and white photography is still popular and is deemed the best way to go if you are trying to tell stories with your images or evoke intense emotion. Colors can sometimes be very distracting and take away from powerful images.

The age of fashion photography was actually invented by the French. In some sense, this is not surprising as the French share a long history in the field of fashion itself. Actually, the worlds first fashion magazine was called “Le Mode Practique”.

Speaking of the French. Aerial photography was born after a French inventor took a picture of Paris from a hot air balloon. I’m sure he would marvel in the fact that we can now send drones into the sky to capture high-quality images and videos while being safe on the ground.

It has been statistically researched and proven that only 2 out of 10 photos taken with a digital camera today will be printed on paper.

As horrible as it may sound, during the 1800s, taking pictures of dead bodies was one of the most popular subjects for photographers in that era. Back in those days, it was primarily famous or relatively rich people that were afforded the luxury of being photographed. If you were a regular person, then your best chance at being photographed was after your death.

I hope some of these facts have been eye-opening for you and gave you the opportunity to learn something new. I am always happy to share and hope to see you again very soon. Thank you for stopping by!